Spanish professor Richard Shupp ’67 continues to give back Twitter

During school breaks at Lafayette when the campus is mostly empty, Richard Shupp ’67 is there.

In the winter months, the part-time professor of foreign languages and literatures often draws double takes. Shupp sometimes wears a Mexican serape. A coat rack in his office on the fourth floor of Pardee is draped with the colorful coverings. Shupp often puts one on just to get a second look from a student who might drop in to see what the silver-bearded guy is all about. (“They also keep me warm,” he says.)

Shupp will tell you that students are what he’s about, and in validation of his vocation he was named a recipient of the inaugural 2018-19 Faculty All-Star award. Presented by the Lafayette College Department of Athletics and Student-Athlete Advisory Committee, the award celebrates a group of faculty “who have truly gone above and beyond to uphold the mission of the College by fostering student success and growth.”

Shupp almost never says no to a student who wants to work. He looks at the eager face seated across from him and almost every time, the years melt away and Shupp sees himself. 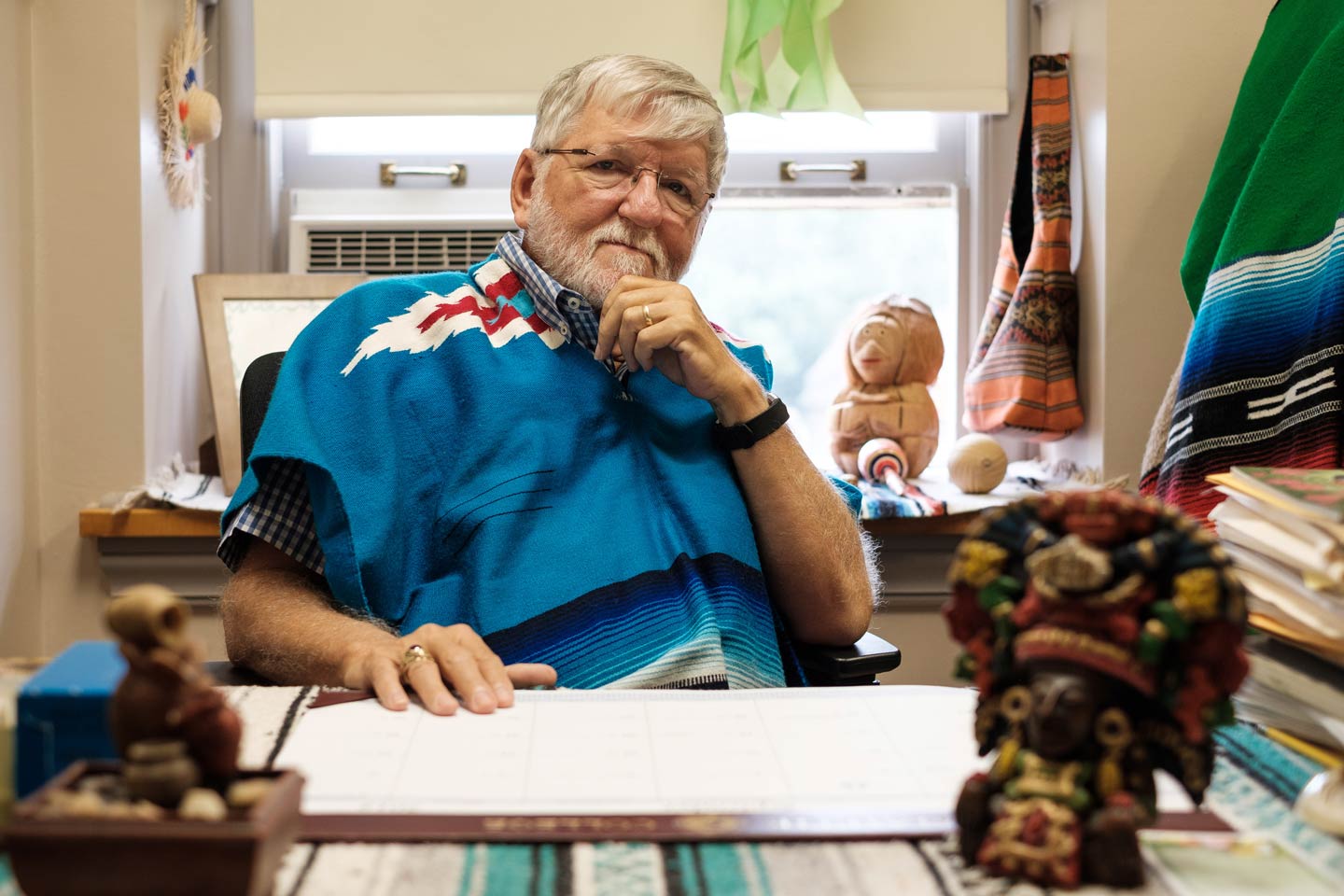 He grew up in Easton, the son of a local plumber. Though he’d been born not far from the College’s front door, in those days of the mid-1960s the city and its college didn’t associate much. Shupp actually never visited campus until his senior year at Easton Area High School, when he had a chance through a writing program from school to do some work at the library in what was then Van Wickle Hall.

He fell in love with the campus. He palled around with members of a fraternity, took in the tall trees and old architecture that encircle the Quad, and decided Lafayette was right for him. Soon, his application was accepted.

Not long before he enrolled, Shupp’s plans nosedived. His father’s business had failed. His wages from the local Pomeroy’s department store weren’t enough to cover his tuition.

“There wasn’t any kind of Sallie Mae in those days,” he says. Loans wouldn’t go far enough. Crestfallen, Shupp visited the campus one last time to withdraw his name.

He met with Gary Evans ’57, who at the time worked in the admissions office. Don’t quit yet, Evans told Shupp. “Give me a few days,” Evans said. 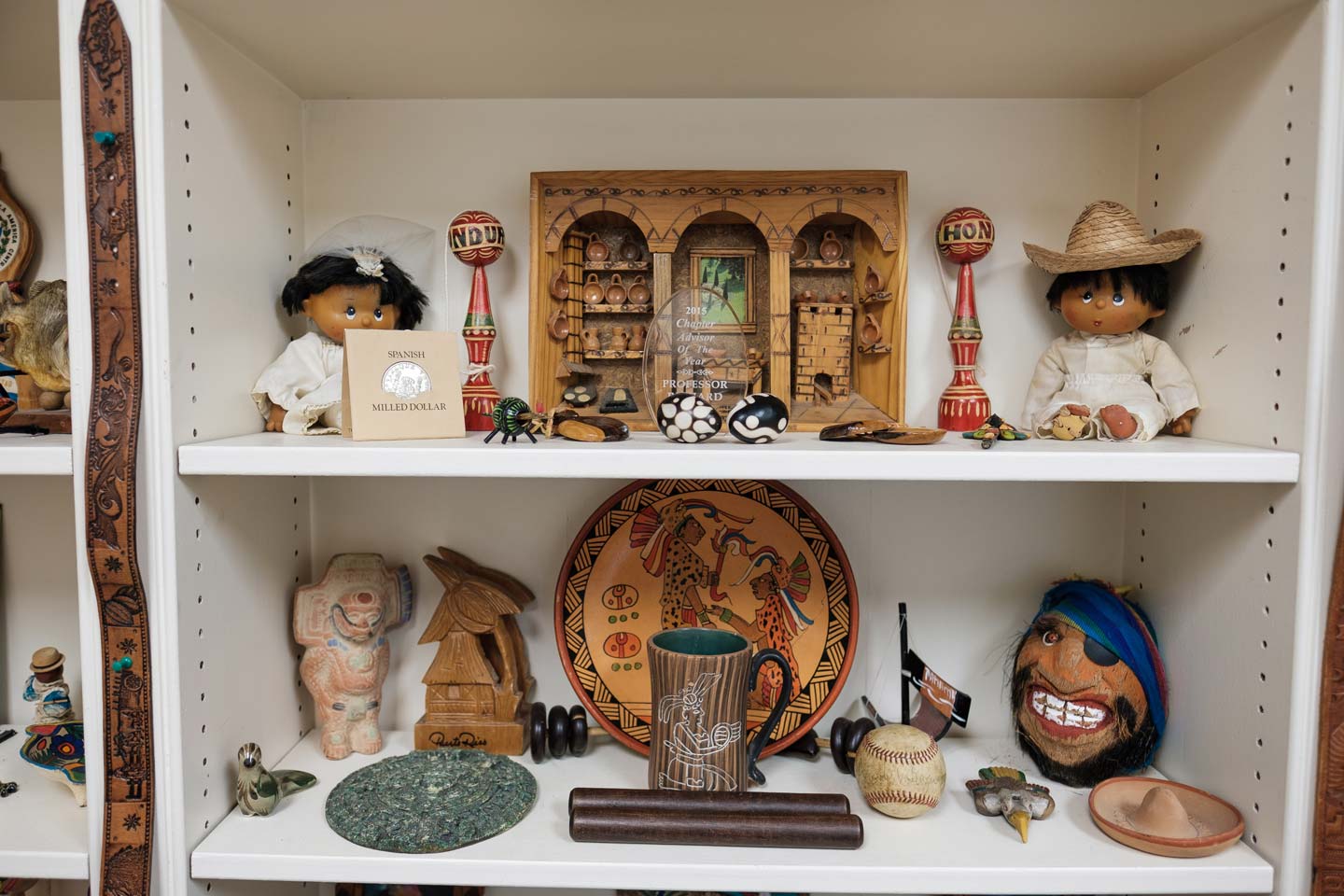 Shupp didn’t hold out much hope, but a few days after meeting with Evans he received a letter. An anonymous alumnus had agreed to pay his tuition for one year.

To this day, Shupp has no idea who his benefactor was.

Elated, he dove into his first semester. Spanish, with all its exotic cultural possibilities, shoved its way into his consciousness. “It was 1962. The first James Bond movie was out,” he says. “I might become a spy. He got all the girls.”

Also, there was Joseph Arboleda. The young Spanish professor was a “bit of an arm twister,” Shupp says, but the two hit it off.

During his first year, Shupp fell in love with the language. But as the year wore on, the cloud over his head continued to thicken. He’d only received funding for one year of college and then the well would be dry.

One night near the end of the year, Arboleda invited him to dinner. “I don’t think I’m going to be able to come back next year,” Shupp told him.

The next day Arboleda spoke with his colleague Samuel Pascal, a fellow Spanish professor and assistant dean, and explained the student’s circumstances. Two days later, Shupp met with Pascal in his office.

“You will have the money you need,” Pascal said. “And if you ever have trouble with money again, knock on my door.”

“I don’t know what he did,” Shupp says, “but the loan amounts changed.” Never short of tuition again, Shupp was able to graduate in four years. 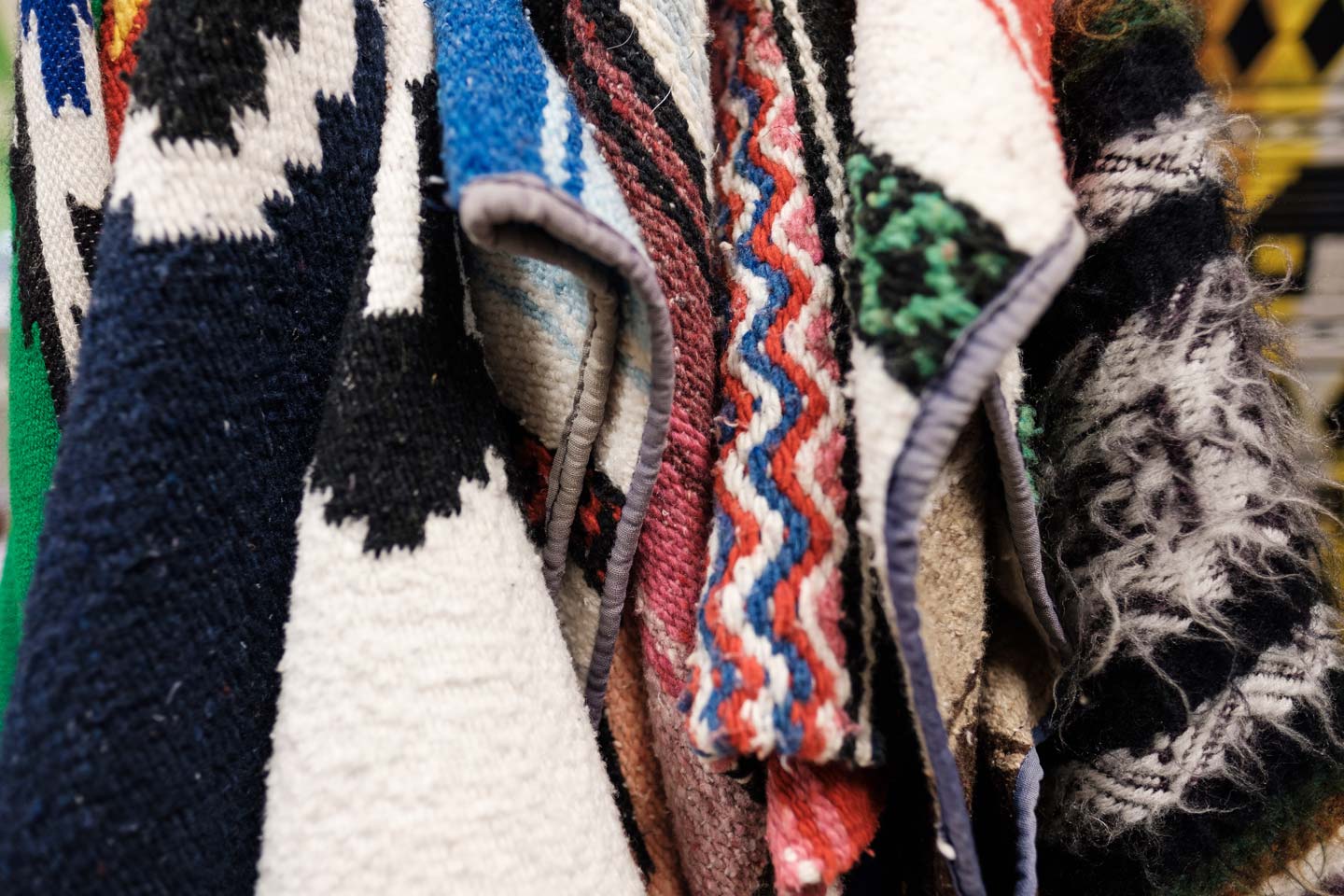 In 1992, he returned to Lafayette. For two years, he worked with his old friend and mentor, until Arboleda retired in 1994. He gave Shupp an ornate sombrero that hangs on his wall.

Shupp’s work has allowed him to travel the world. He’s been working on a novel based loosely on his life.

He’s a frequent donor to his alma mater, especially to the College’s efforts to improve its financial aid offerings.

And when a student comes to him seeking help, Shupp still can’t say no. Working from Arboleda’s old office on the top floor of Pardee Hall, Shupp continues to try to help students who, like him, need a little help.

Fifty-one years after he received his diploma, Shupp still feels he owes it to the College that gave him a life.

And he owes it to his friend.