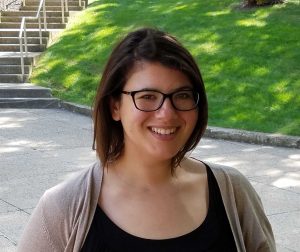 “I’m not a racist!” cries nearly every public figure caught in racist behavior. Even self-identified white nationalist Peter Cvjetanovic denied he was “the angry racist” he appeared to be at the Unite the Right rally in Charlottesville.

But celebrities aren’t alone. A new study by Angela Bell, assistant professor of psychology, finds we often fail to recognize our own racism.

Building on the well-established concept that people believe they’re better than average, Bell asks, “What if people think they’re less racist than even someone who behaves the same way they do?”

Across three experiments, study participants were provided with a list of racist behaviors that purportedly were done by a fellow student but were in fact based on the participants’ own behaviors. “First, we surveyed participants on things like whether they’ve ever laughed at a racist joke or used the n-word,” says Bell. “Months later, we invited them back to evaluate what they were told was a randomly selected survey. What they didn’t know is that they got their own survey.”

Study participants consistently evaluated themselves as less racist than this “other” person, even though the racist behaviors were identical to their own.

In further experiments, researchers manipulated for social pressure and social consensus—hoping to encourage participants to freely express their racial biases. Even then, participants maintained that they were not racist, even in the face of evidence to the contrary.

This may be different from other traits, Bell explains. “With education, you can usually get people to recognize their ‘better-than-average’ bias. You can get them to think about their behaviors in less abstract, and more concrete, ways. We’re not sure yet why exactly this bias is so strong for racism.”

She hopes to study this further in future research. “Understanding why people fail to recognize their own racism—even when confronted with evidence of racism by their own definition—is a necessary step to reduce prejudice.”

The study, “Examining the Asymmetry in Judgments of Racism in Self and Others,” was published in the November 2018 edition of The Journal of Social Psychology.