The American Chemical Society has awarded Dan Griffith, assistant professor of chemistry, a two-year Undergraduate New Investigator Grant from its Petroleum Research Fund.  The funding will enable Griffith to employ student researchers, who will gain valuable hands-on lab experience and mentorship as they work with Griffith to create new molecules.

Griffith is a synthetic organic chemist who comes up with novel and efficient ways to make and replicate molecules that could have useful properties with potential applications in many areas of science and technology.

“I’m interested in developing ways to synthesize structures that would be difficult to make,” Griffith says. “We are coming up with different ways to make different molecules—some haven’t been made before, or some have been, but we are making them in more efficient ways.” 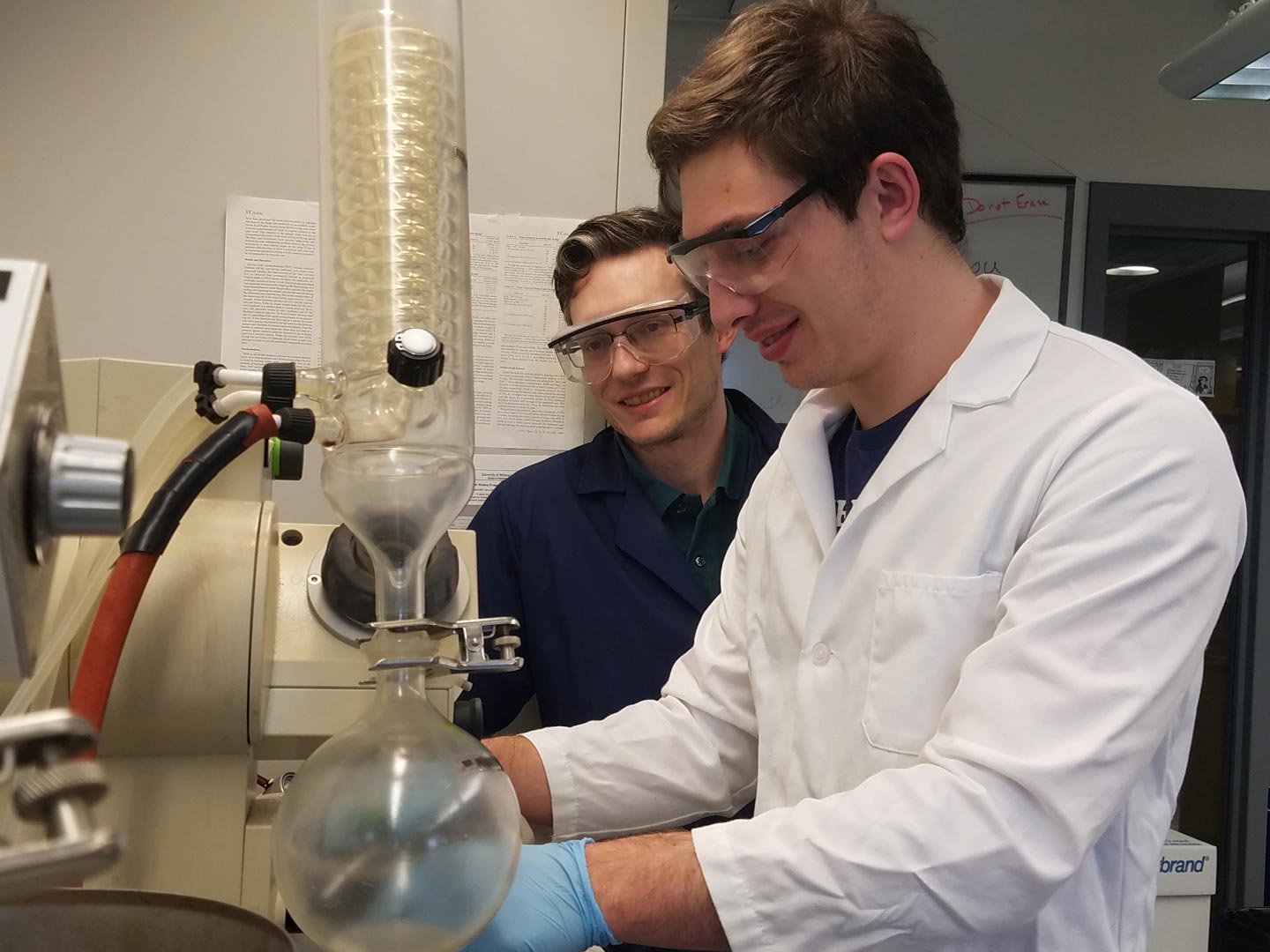 The grant will enable Griffith to advance his particular area of research, the synthesis of “aza-polycyclic molecules,” which are present in alkaloids. In very basic terms, Griffith is working to enable deep-seated structural changes to known molecules. Making modifications to the structure of a molecule gives it new properties.

“I start with a simpler molecule and build up to something more complex,” he says. “I’m hoping to take one simple starting material and then use that to make a bunch of different things. For instance, you could have a ring of six carbon atoms and change it to seven, or you could change the position of a nitrogen atom within a ring. There is a change to the structure. That’s what I’m interested in exploring.”

Griffith actively mentors students in his lab. In fact, his latest research paper, published in September in the journal Tetrahedron Letters, was co-authored with four Lafayette students. The grant will enable him to employ three summer researchers in his lab.

“One of the most fun parts of our lab work is making new things,” he says. “Sometimes you don’t know what you’ve made. You go and try every test you can think of and collect all the data you can to try and figure it out. That’s one of the things I love about being an organic chemist.”