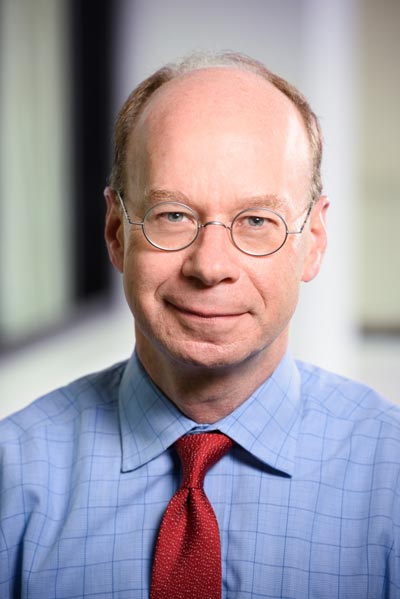 The Lafayette Symposium will feature Alan Cooperman, director of religion research at Pew Research Center, speaking on “Is Organized Religion in Decline in America? And Why Should We Care?” at 7:30 p.m. Wednesday, March 6, in Colton Chapel. The event is free and open to the public.

Cooperman leads more than 20 researchers who conduct surveys, demographic analyses, and other empirical studies of religion’s role in public life and societal change around the world. He plays a key role in setting the religion team’s research agenda and writing its reports. He has edited or co-authored several of the center’s landmark studies, including its report on the rise of the “nones” (Americans who do not identify with any religion), portrait of Jewish Americans, and survey of the U.S. religious landscape.

Pew Research Center is a nonpartisan “fact tank” that informs the public about issues, attitudes, and trends shaping the world. It studies U.S. politics and policy; journalism and media; internet, science and technology; religion and public life; Hispanic trends; global attitudes and trends; and U.S. social and demographic trends. The center conduct public-opinion polling, demographic research, content analysis, and other data-driven social science research. It does not take policy positions.

The Lafayette Symposium was established in 2017-18 to explore conceptions of justice, freedom, individual rights, and communal responsibilities. The series features talks, panel discussions, and debates by speakers who follow contrasting approaches, advocate opposing policies, or come from differing ideologies.

In the symposium’s inaugural year, professors Sigal Ben-Porath, of the University of Pennsylvania, and Keith Whittington, of Princeton University, spoke about free speech on campus. A third event featured Vicente Fox, former president of Mexico, and Nigel Farage, former leader of the UK Independence Party and chief architect of Brexit, in a debate on nationalism vs. globalism.