Bobby Seale, African-American activist and co-founder and national chairman of the Black Panther Party, addressed a crowd in Colton Chapel Feb. 12 as Lafayette’s Black History Month keynote speaker. Seale shared the backstory of how he and Huey Newton formed the political party in 1966, which aimed to “decrease apathy and increase consciousness.” The Black Panthers deviated from the nonviolent civil rights movement, taking a militant approach. Over time, Seale became more moderate and worked to spur social change within the system. Here are highlights from his speech. 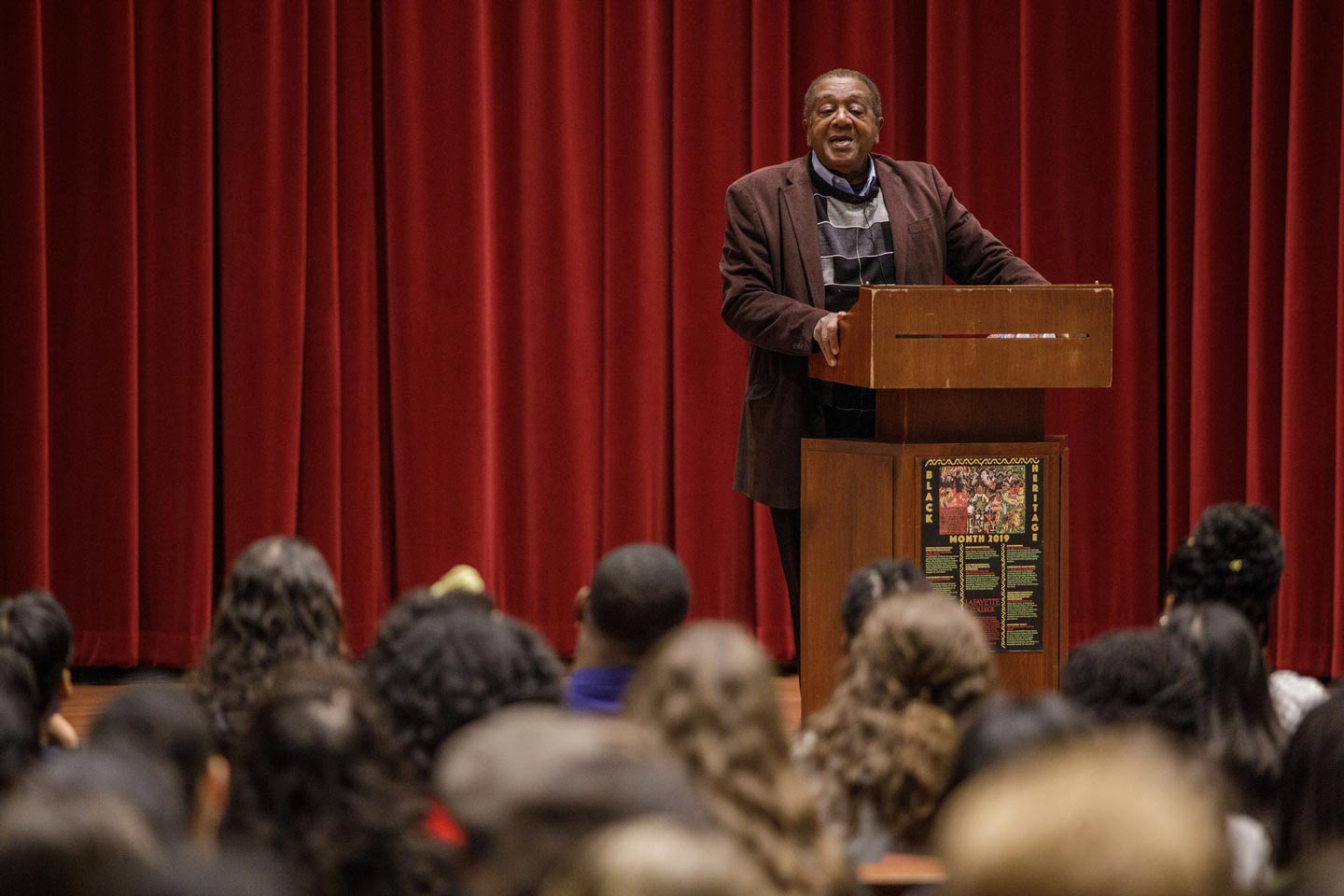 Becoming inspired: In 1963, Seale heard Dr. Martin Luther King Jr. speak. “Dr. King talked about how and why all these companies all across America will not hire people of color. ‘And even when they hire one, they hire them last and fire them first. The Wonder Bread Company will not hire people of color. I think we’re going to have to boycott. We are going to have to boycott them so consistently and so profoundly, we are going to make Wonder Bread wonder where the money went.’ That audience hit the floor. I was totally inspired by Dr. King. It led to me quitting my job and creating a youth jobs program in California. This was how I got inspired.” 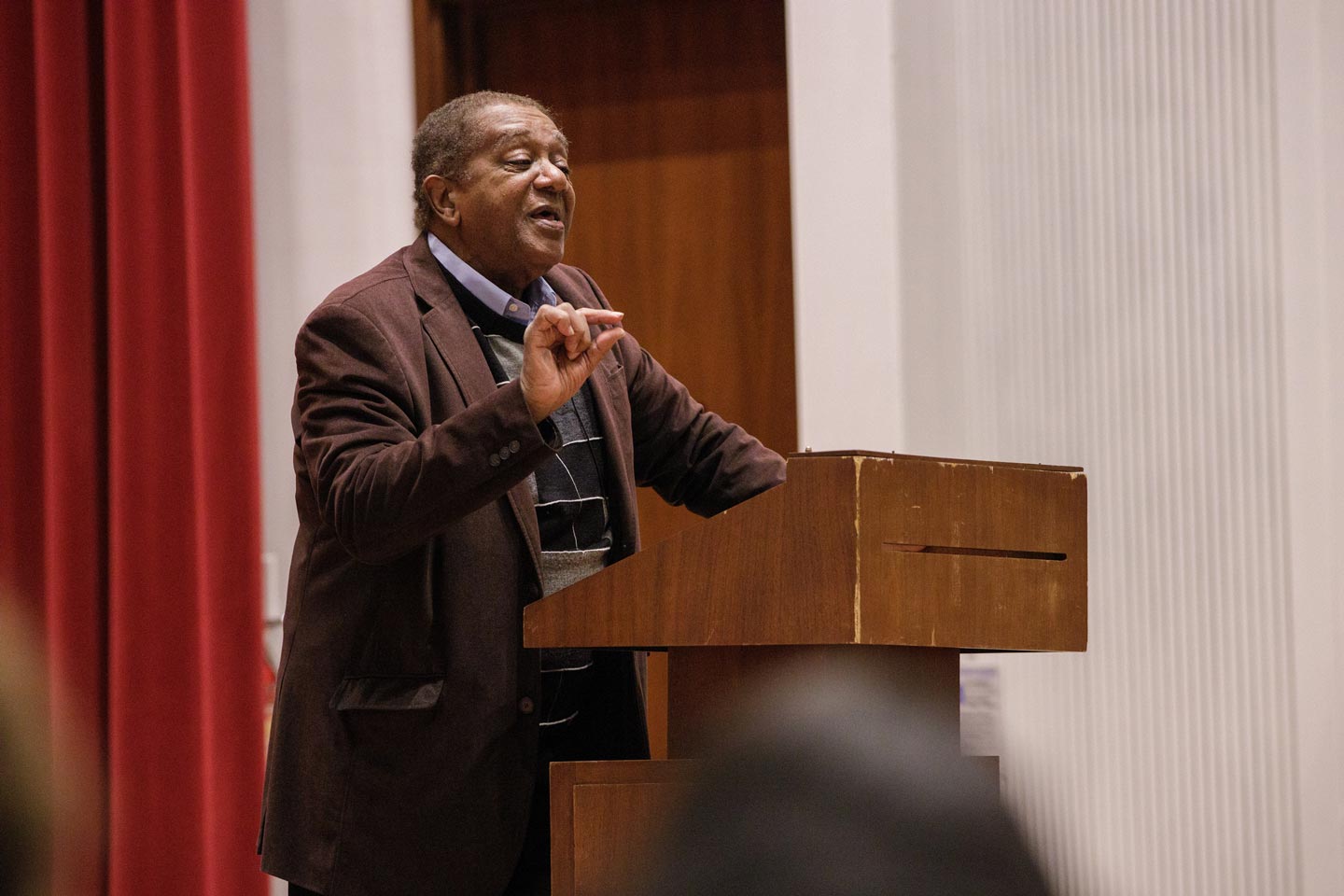 Spurring change: “I would come out of my house, and you would hear people screaming, ‘We’re gonna get some black power, black power, black power.’ I said, ‘You guys come out here every day brother-talking that stuff. Don’t you guys get that you ain’t gonna get no black power until you take over the political power seats? The city council seats, the civil authority seats, the sheriff seat. You can run for sheriff, you know. Those are political power seats.’ And the guy said, ‘Those are white man seats,’ and I said ‘Yeah, but you gotta get the black folks in some of those seats so we can get some equity out of this millions of dollars of tax money.’ This is the basic reason I started the Black Panther Party as a political party.” 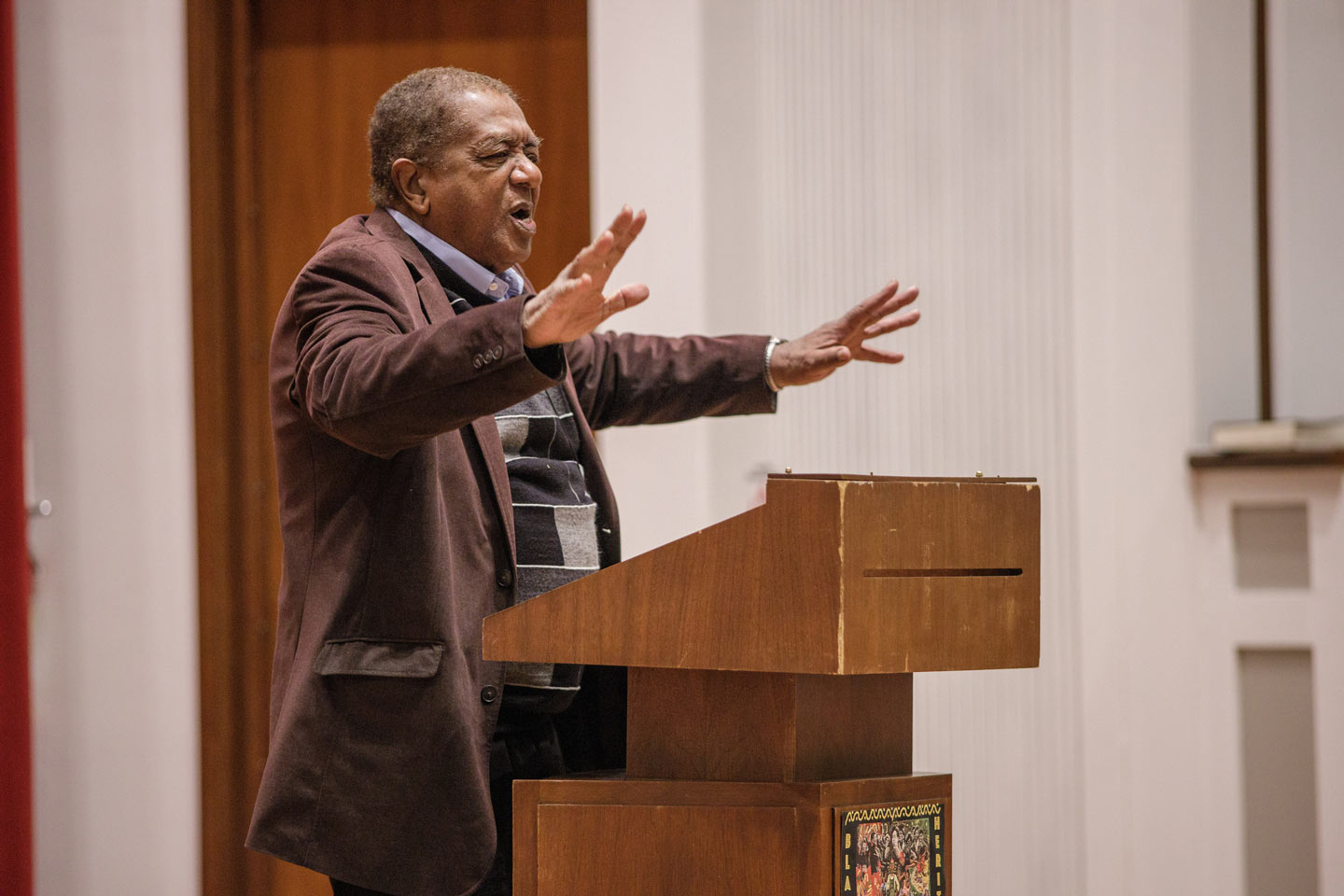 Attracting support: “My rally brought the house down. They loved the whole program. Huey came in at the tail end of it. Huey was shocked. ‘You organized all these people? Where you going now?’ I said I cooked barbecue for all the people here. The next thing I know I’ve got 200 people and Huey at my house. Life evolves.” 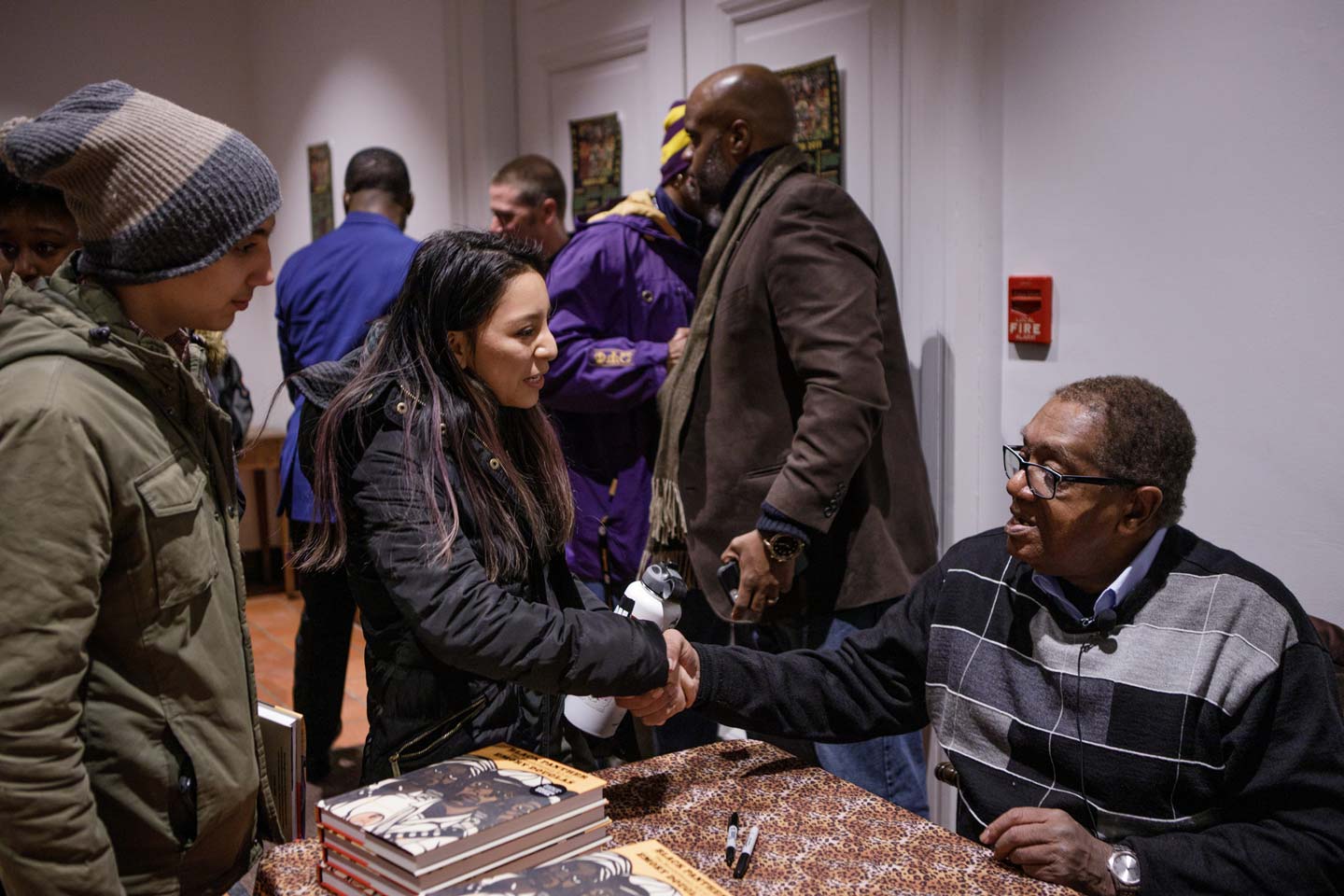 Researching the past: “I read Melville Herskovits’ The Myth of the Negro Past, which references linguistic work on African language. I discovered that there are no ‘th,’ ‘er,’ or rolling ‘r’ sounds in West African languages. So for black folks who were denied access to formal education, instead of saying ‘this,’ would say ‘dis.’ Instead of saying ‘that,’ they say ‘dat.’ ‘Bruh’—not ‘b-r-o-th-er.’ It’s from the history of being denied that. You learn your humanism. It’s not some idiotic notion that because you drop those sounds you’re naturally inferior. That’s crap.”