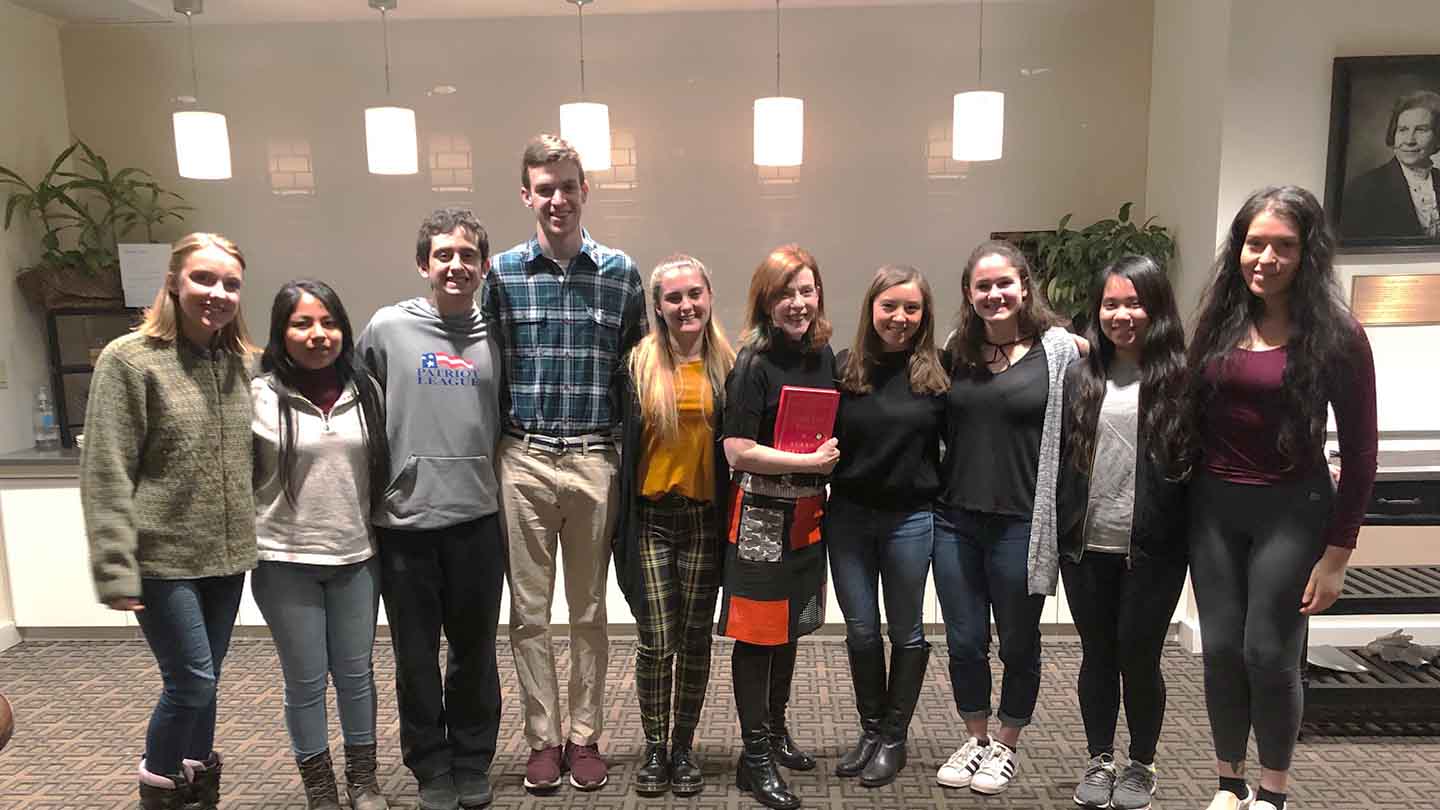 When Los Angeles Public Library caught fire in 1986, the blaze burned for seven and a half hours, reaching temperatures of 2,500 degrees. Four hundred thousand books were burned and 700,000 more were damaged, in addition to other artifacts. While the fire caused $22 million in damage, so much more was lost according to noted author Susan Orlean—the collective memory, culture, and story of a community institution. 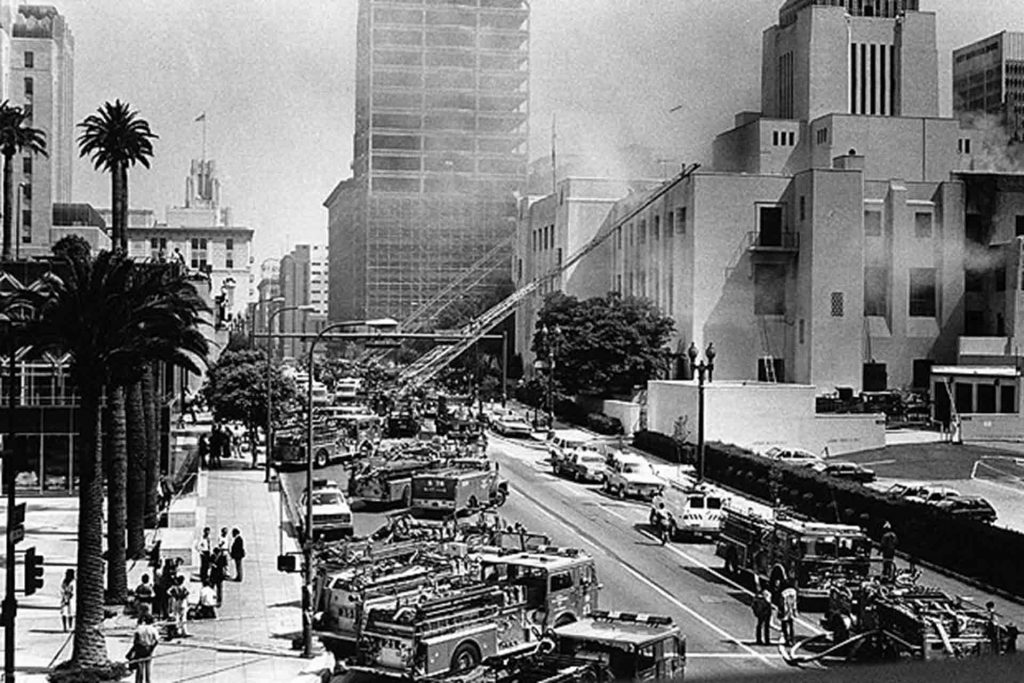 On campus to deliver the 2019 John L. Hatfield ’67 Lecture, titled “Shelf Awareness: Finding Myself in the Library,” Orlean spoke about the fire and the role the library plays in society from her recent work, The Library Book. She then visited a journalism course and discussed the art and craft of writing with students.

Here are some of the ideas she discussed in the lecture:

Orlean made regular visits to the library as a child. It was a trip she and her mother took together. Like many of us who have shared such an experience, we remember what she described: “On those visits, my mother and I walked in together, but as soon as we passed through the door, we split up and each headed to our favorite section. Even when I was maybe 4 or 5 years old, I was allowed to head off on my own.”

Any book. Any subject. Any number. “I loved wandering around the bookshelves, scanning the spines until something happened to catch my eye. It wasn’t like going to the store with my mom, which guaranteed a tug-of-war between what I wanted and what my mother was willing to buy me; in the library I could have anything I wanted,” Orlean read. When she thought she had completed her research for the book, a reference librarian pulled out 78 more boxes about the library from the rare book room. Done indeed! 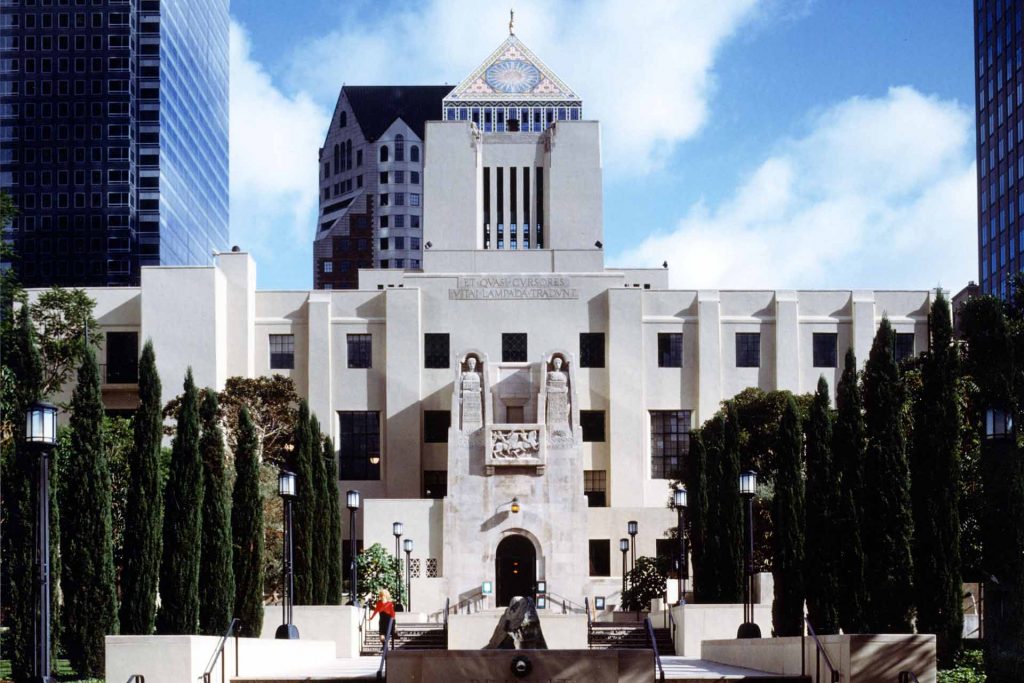 When she first walked into Los Angeles Public Library, she felt as if the building itself was a book with inscriptions from books, about books, and about libraries carved into the walls. “Philosophical declarations in English and Latin were carved across the building’s face like an ancient ticker tape. Compared to the mute towers around it, the library seemed more a proclamation than a building,” she read.

There are young readers and their mothers, like her memory of childhood, but the library is so much more. Teens working on research papers. Newspaper readers. Internet users. Tax preparers. A gathering place for clubs and homeless. People searching their ancestry. Borrowers of books, music, and DVDs. All members of a community coming together. “It’s as if there was a Venn diagram that linked Los Angeles, the library, and unusual people,” she said. 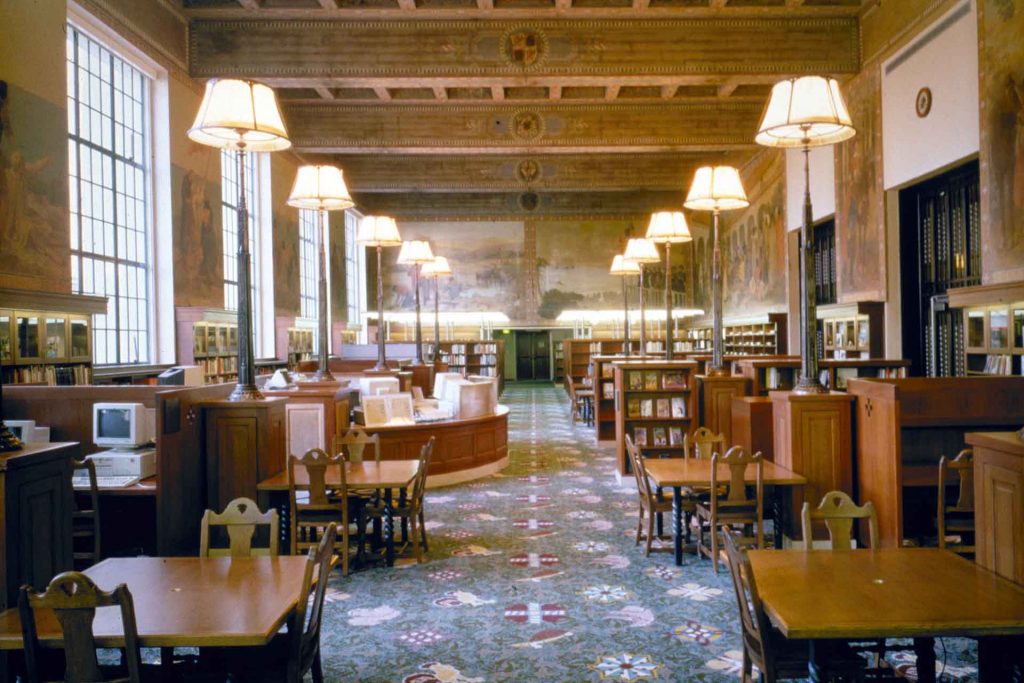 Orlean read, “A library is a good place to soften solitude; a place where you feel part of a conversation that has gone on for hundreds and hundreds of years even when you are all alone. The library is a whispering post. You don’t need to take a book off a shelf to know there is a voice inside that is waiting to speak to you, and behind that was someone who truly believed that if he or she spoke, someone would listen. It was that affirmation that always amazed me. Even the oddest most particular book was written with that kind of crazy courage—the writer’s belief that someone would find his or her book important to read.”

She discussed the burning of libraries. While often caused by neglect or accident, some fires are deliberately set, like those during World War II when a Nazi team was tasked with destroying libraries as outlined in a United Nations Educational, Scientific, and Cultural Organization report. “We think of libraries as safe places,” she said. “Destroying one shows others can wipe the memory of a culture. In essence saying, ‘Your story means little.’”

Place of the Immortal Mind

Orlean mentioned an expression used in Senegal when a person dies that translates into his or her library has burned. “People contain volumes of experiences, histories, narratives they tell themselves, and fantasies,” she said. “The human mind is mortal. It will burn; whereas a library is meant to be immortal.” She said there was an urgency to write this book as her mother, the person who helped shape Orlean’s library life, was diagnosed with dementia. “I watched as her library burned,” she said.

The Hatfield Lecture is made possible by the generosity of John L. Hatfield ’67.  The lecture is sponsored by the Lafayette libraries and Friends of Skillman Library to bring a noted author to campus.