Turn any container into a measuring tool.

Adelman faced this challenge when living abroad. She was unable to make a cake for her host family when it became clear there were no measuring cups or spoons.

She and Homsi soon realized they could bake up a bigger solution to global issues when needing an exact measurement whether in solids, liquids, metric, or imperial units. 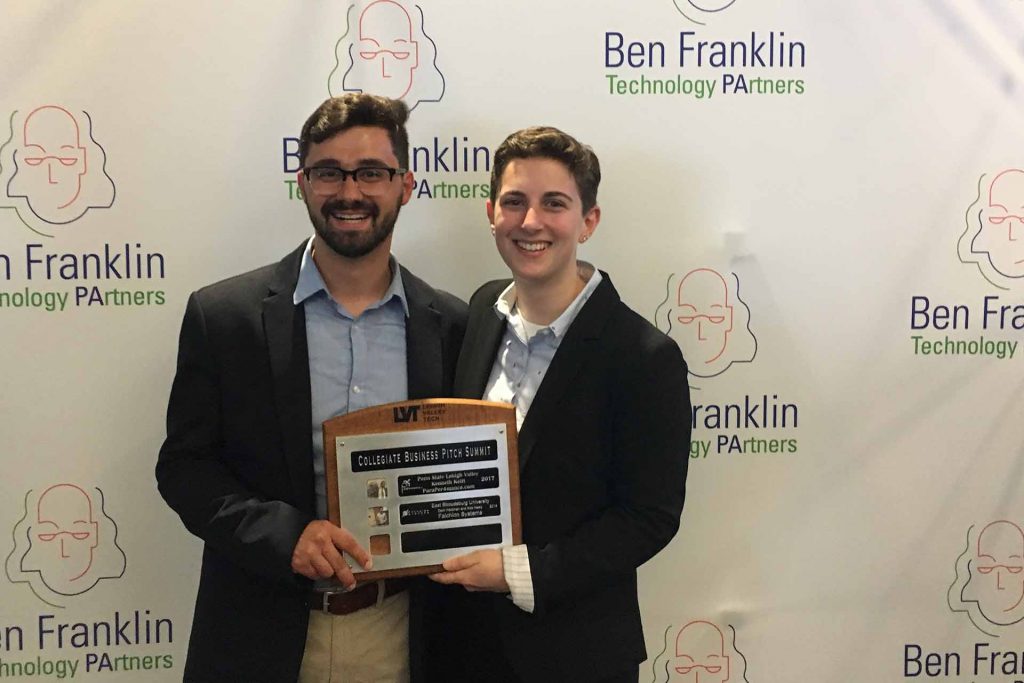 Ben Franklin Technology Partners of Northeast Pennsylvania and LVTech joined forces to host the event to help college students who are potential entrepreneurs to practice their business pitches.

The Lafayette team, one of seven groups from area colleges and universities to compete, won the College’s Dyer Center for Innovation and Entrepreneurship Business Plan Competition in order to advance to this regional competition.

“I see this as a harbinger of things to come,” says Yusuf Dahl, director of the Dyer Center. “We have many students engaged and committed to solving local and global problems through innovative thinking and the resources to support them.”

“The takeaway for us is this is a good idea that can go further,” says Adelman. “It is validating to receive that confirmation from business people across industries.”

“We have a long way to go now,” adds Homsi. “It will probably alter my summer plans.”

Both will graduate in May and move forward in their career paths, knowing that Coded Cup transformed from, as Adelman says, a “cool idea to something we now can pursue.”