Faculty, staff, and alumni gathered recently to celebrate the official launch of the Queer Archives Project (QAP), a digital humanities site that aims to document and preserve experiences and reflections of Lafayette’s LGBTQ community over the decades, and promote positive institutional change.

The site features the voices of LGBTQ alumni, faculty, and staff, shared in a compilation of interview transcripts, audio recordings, and photographs. The goal is to illustrate Lafayette’s queer history, share experiences of those who lived through it, inspire conversations, impact culture, and open new avenues for research. 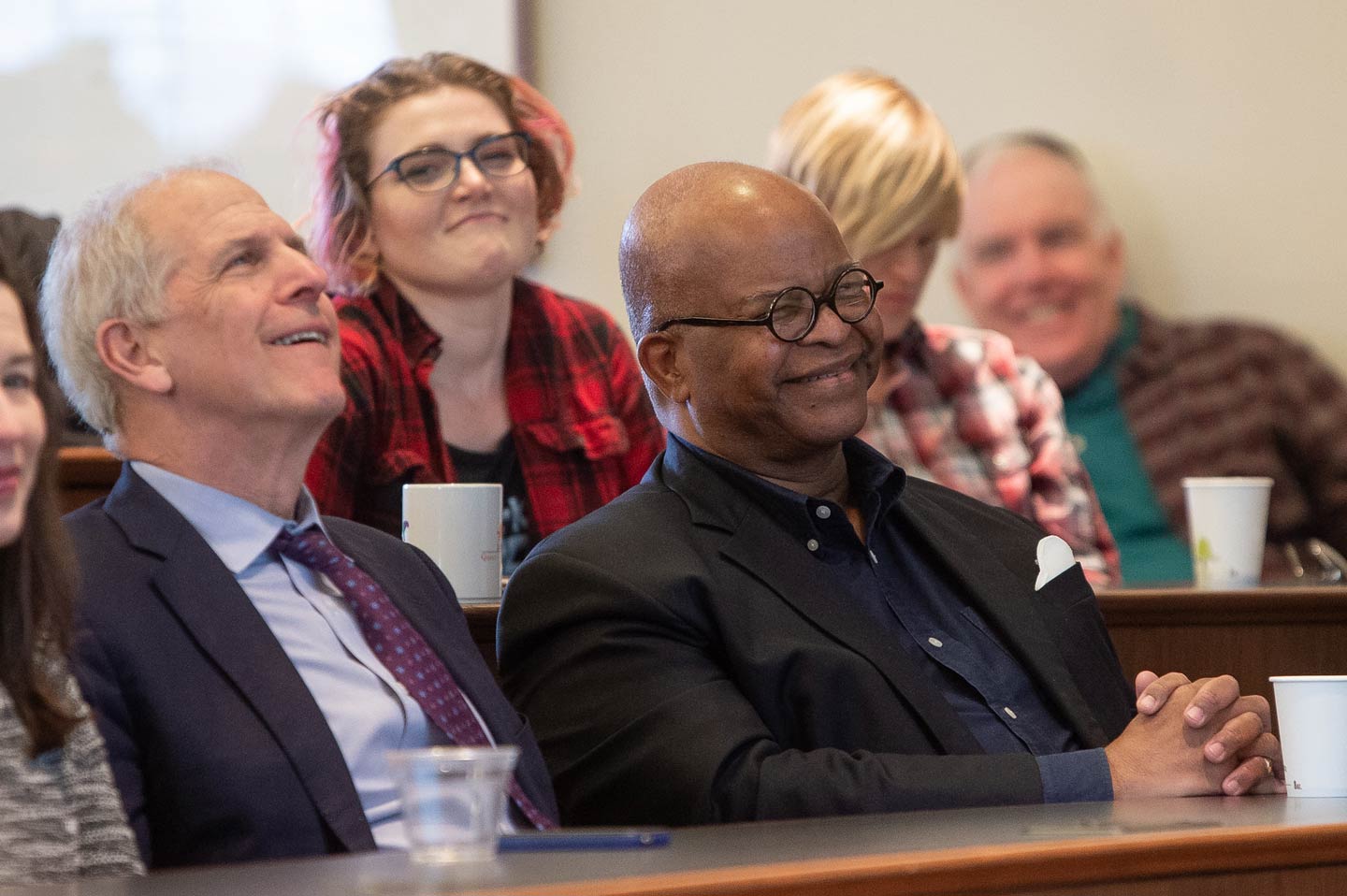 An interdisciplinary team of faculty, staff, and students brought the project to life over the course of two years.  Mary Armstrong, chair of women’s and gender studies, Diane Shaw, director of special collections, Elaine Stomber, College archivist, Charlotte Nunes, director of digital scholarship services, and several EXCEL Scholar students who contributed to the project unveiled their work and gave a tour of the site at the launch celebration in Kirby Hall of Civil Rights April 4.

They also explained how it evolved from a conversation in 2013 between Riley Temple ’71, emeritus member of the Board of Trustees, and then-provost Wendy Hill to a one-of-a-kind digital tour de force featuring 22 oral history interviews, 137 LGBTQ artifacts, including photos, newspaper articles, and posters, and “interpretive paths” that connect conceptual relationships and artifacts throughout the site.

These digital paths embed author-driven essays as a means to express ideas “that would be difficult to capture any other ways,” explained lead researcher Jennifer Wellnitz ’19, who is majoring in computer science and minoring in math. “The potential for expansion of the site is very exciting to the team.” 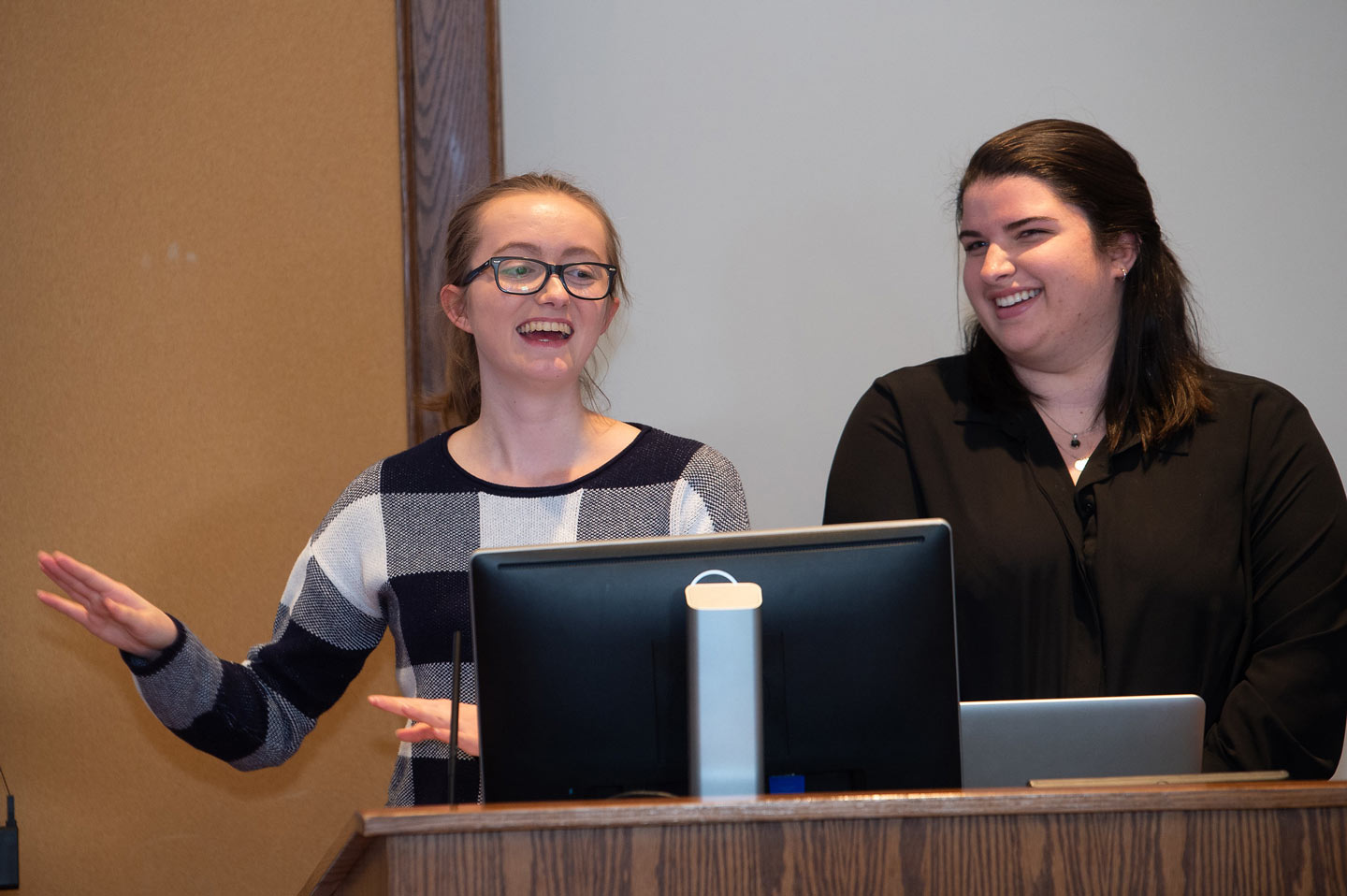 The QAP was created to do more than preserve LGBTQ+ history.

“It’s an intentional effort at driving change, an experiment, an intervention in an institution that has historically been slow to support LGBTQ people,” Armstrong said. “The project engages scholarship, the curriculum, and the College structure to try and make change.”

In 1992, Princeton Review named Lafayette College the most homophobic campus in the country. A quarter-of-a-century later, the site chronicles changes the College has taken since then and the ongoing work to support LGBTQ+ experiences and community members.

Lauren Champagne ’19, a double major in anthropology & sociology and psychology, is writing an honors thesis on the role archives play on knowledge production and institutional memory regarding queer history. “The website is designed to criticize the institution that created it,” she said. “It allows a new kind of space for archival work to be reflective, not just as a repository, but a conduit of change.” 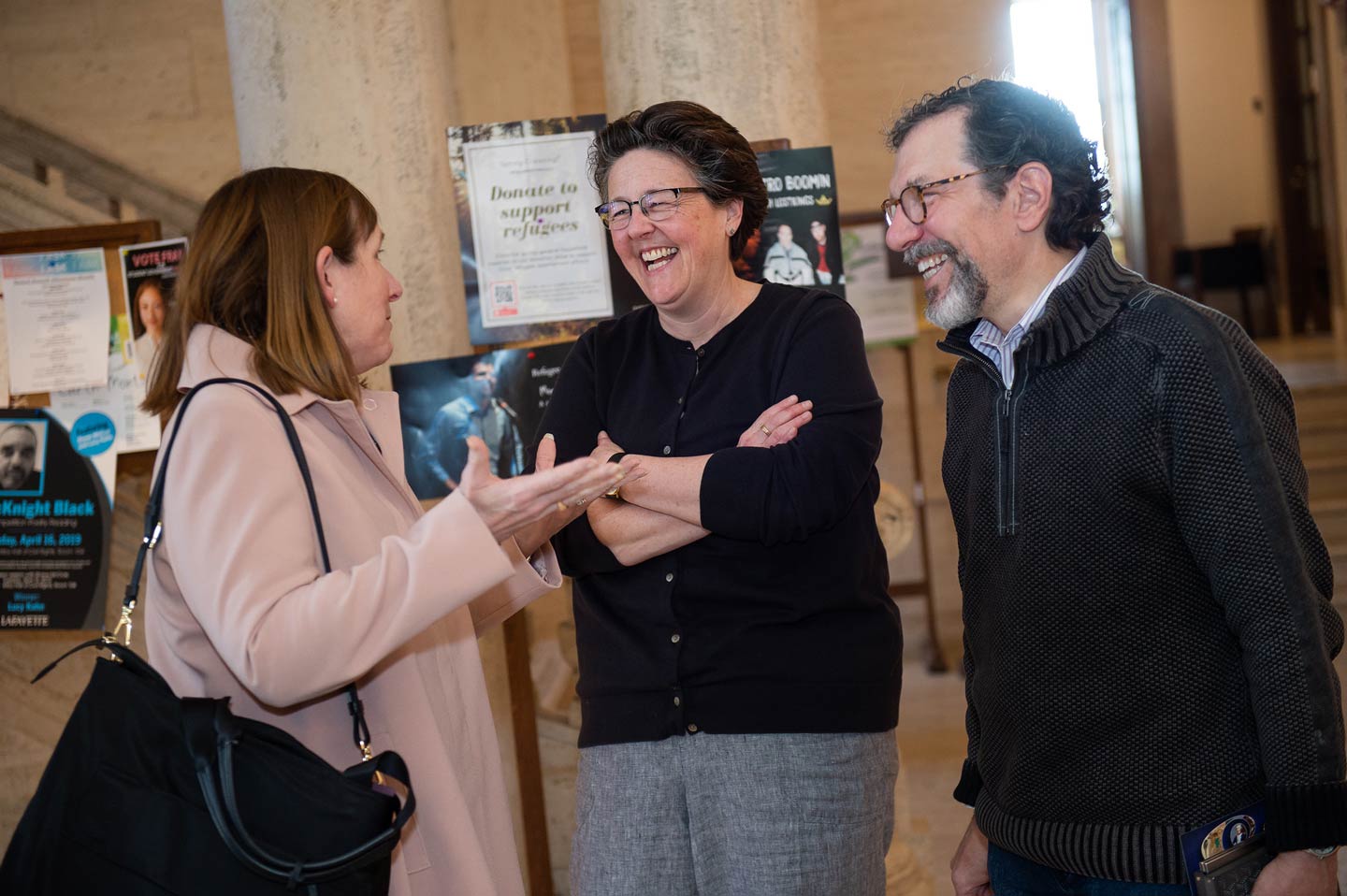 Earlier in the day, Brent Glass ’69, emeritus director of the Smithsonian’s National Museum of American History, said Lafayette’s QAP joins a growing number of important collections and historic sites around the country that are preserving and interpreting the history of LGBTQ Americans.

“Much of the past is a resource for understanding our own times,” said Glass, citing an incident in summer 1993 that shaped his life as a public historian and gave him greater awareness and understanding for the need to preserve LBGTQ history.  At the time, he was executive director of the Pennsylvania Historical and Museum Commission when the ANC, a white supremacist organization, requested a permit to march at Washington Crossing State Park in protest of recent LGBTQ activism, especially in New Hope, Pa.

“Our written policy gave us very little discretion to deny the permit request,” he said to a standing-room-only crowd in Skillman Library’s Gendebien Room. “But I did not want to be the state official who signed a permit to a group that promoted homophobia, racism, and anti-Semitism. I decided to follow the MAD principle, maximum administrative delay.” 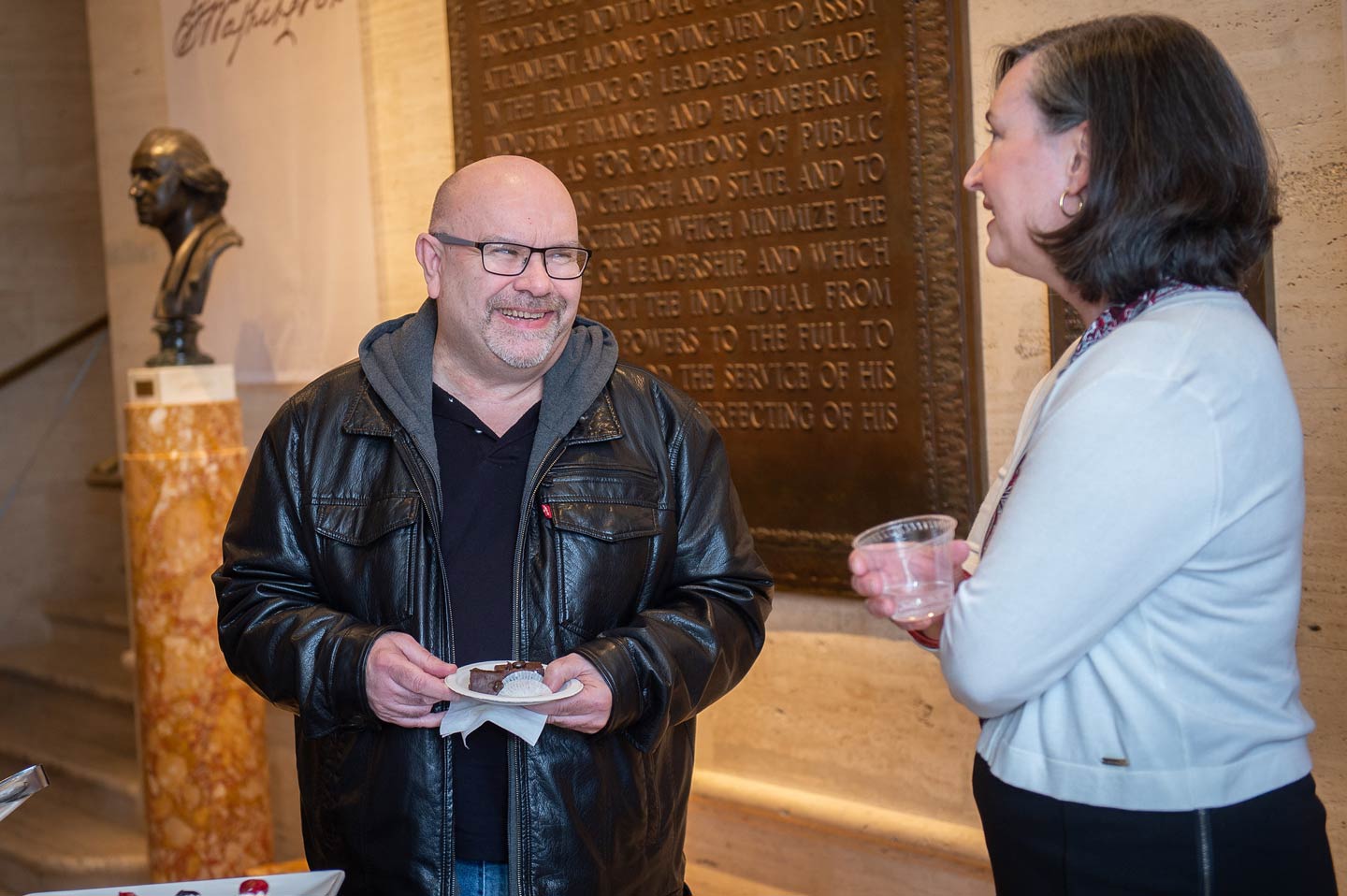 His strategy worked until the American Civil Liberties Union filed a legal motion arguing that the museum commission was violating the ANC’s First Amendment right to assemble. A federal court judge agreed and ordered Glass to issue a permit, which he did but on Nov. 6 “when there were fewer visitors at the park.”

The commission also closed the facility to the public, allowing only the ANC and a group of gay supporters from New Hope to attend the rally. The opposing sides threw insults and rocks at each other across the Delaware Canal, but that was the extent of hostilities thanks to the presence of hundreds of state troopers. “Thankfully we never heard from the ANC again, while New Hope today proudly boasts itself as the ‘gay-friendly centerpiece of Bucks County’s breathtaking countryside,’” Glass said.

Changes inspired by the QAP digital humanities site are yet to be known, but Armstrong said its focus on scholarship and student learning is very clear.

“It is not preservationist; it is futurist,” she said. “We hope more for that forward motion than anything else, because it’s that kind of motion that helps make change.” 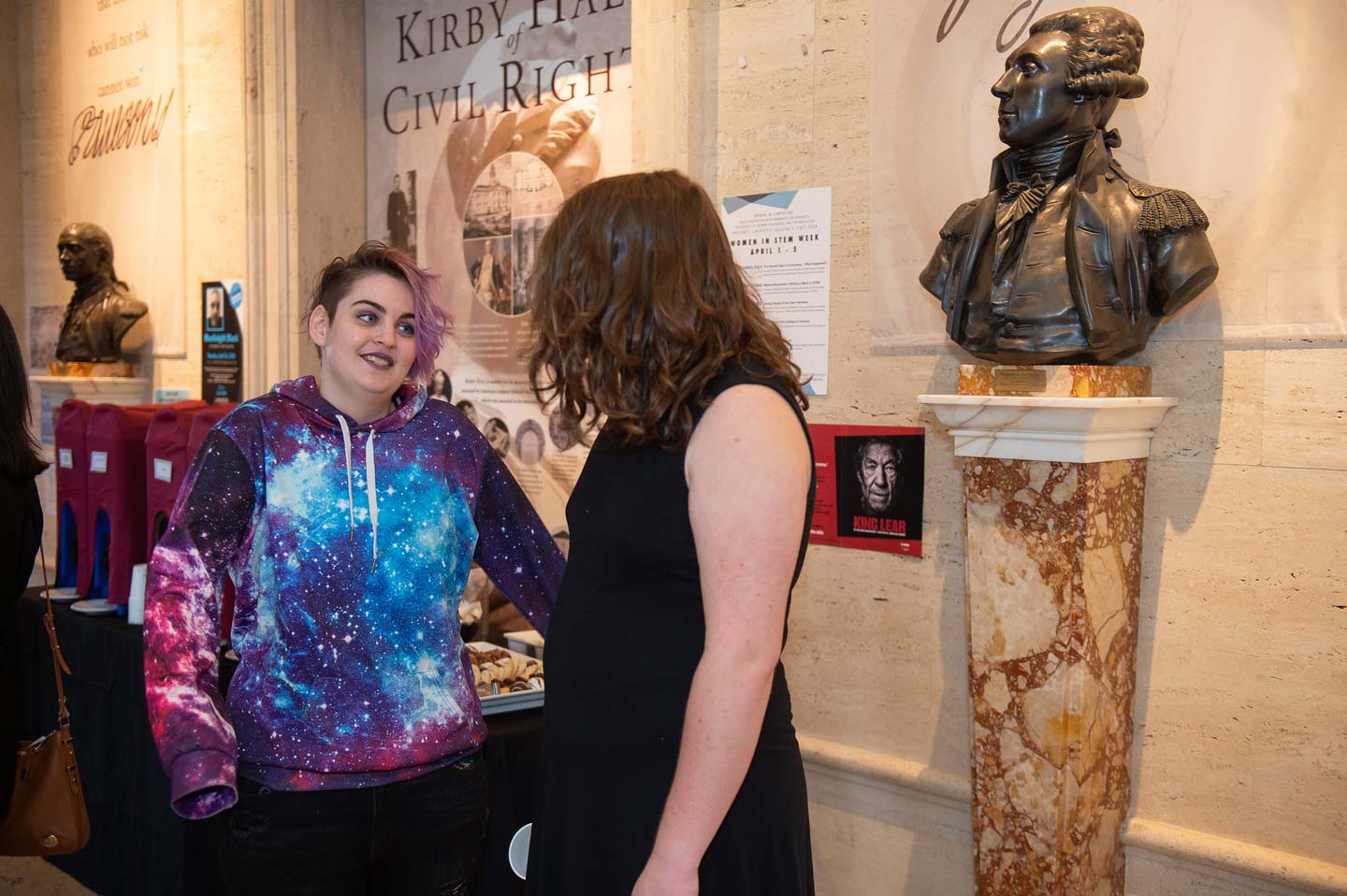