Photos and story by Clay Wegrzynowicz

On any given day during finals week at Lafayette, look around you. If you’re in a place with tables, there are bound to be students occupying them, establishing their space in an effort to pass their final exams and finish their papers.  I spent a day capturing these spaces and stories across campus. 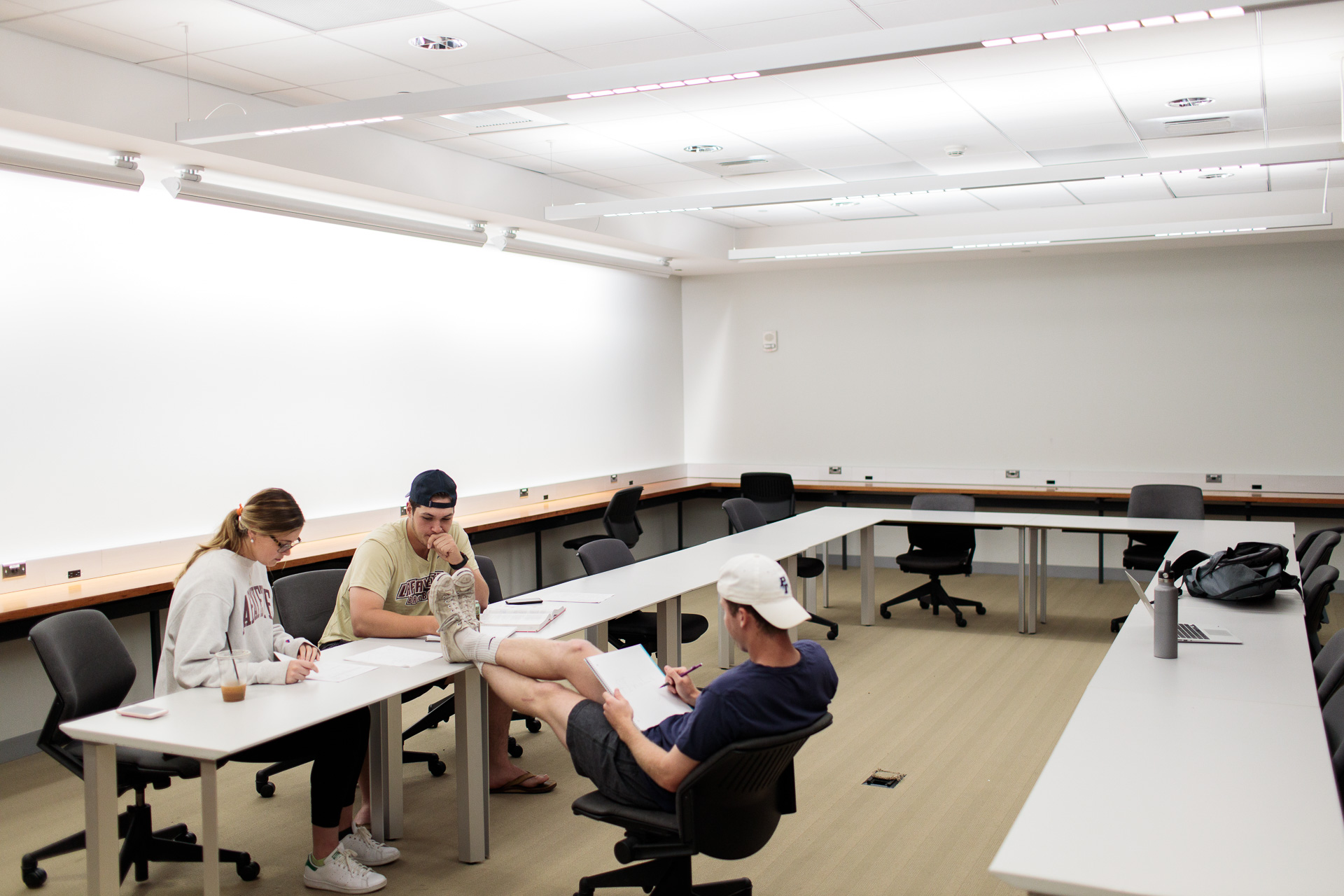 Starting my day off in Skillman Library, I venture to the lower levels, where clusters of students meet in reservable rooms that offer accommodations for any sized group.  Grace Wilgucki ’19 and Richie Villa ’19 are studying for a physics final; Spencer Rouse ’19 is “just here”. 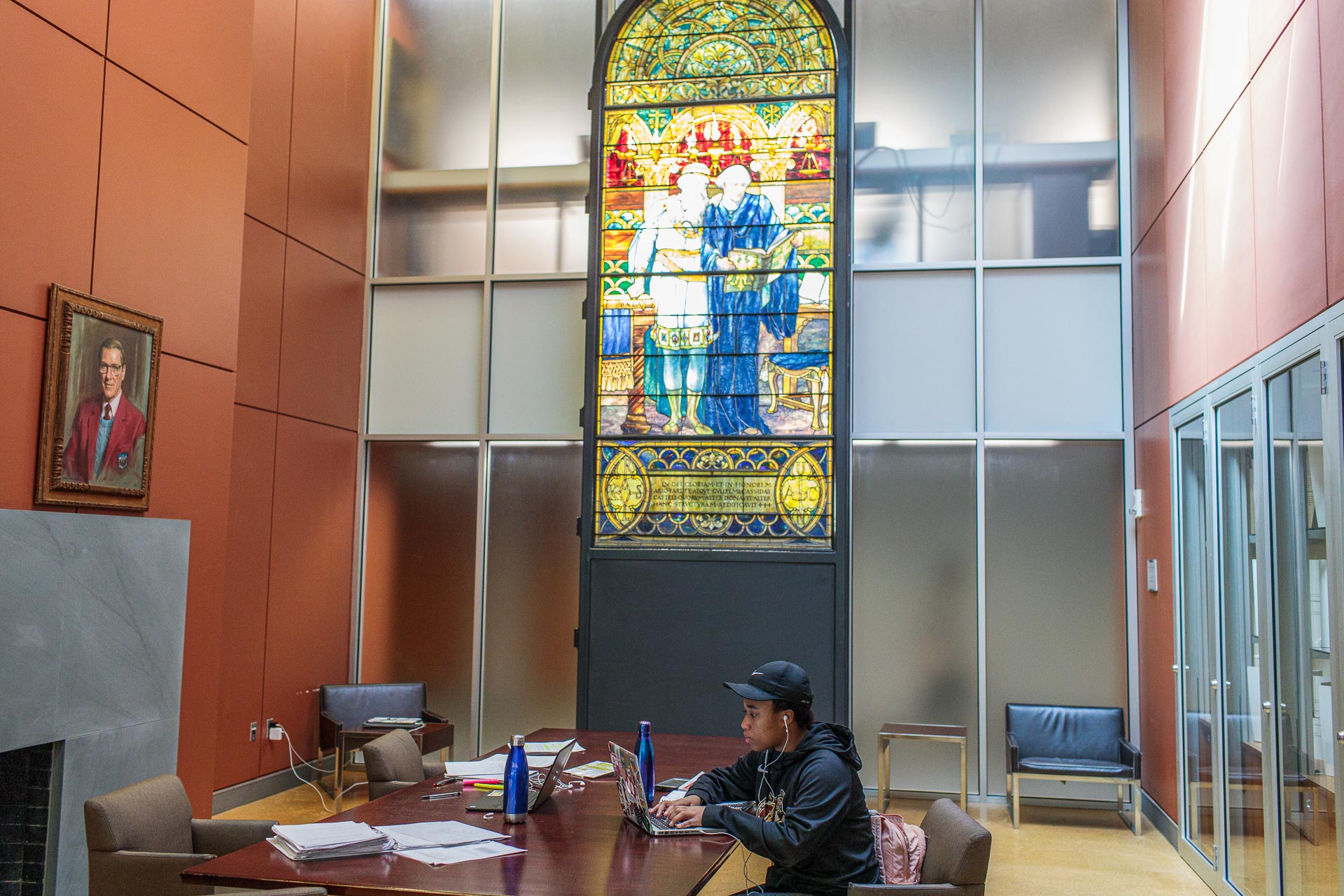 Hanna Greaves ’21 sits in Skillman’s Simon Room, typing away at a paper.  Hers is a workday, starting around 9 and finishing at 5. 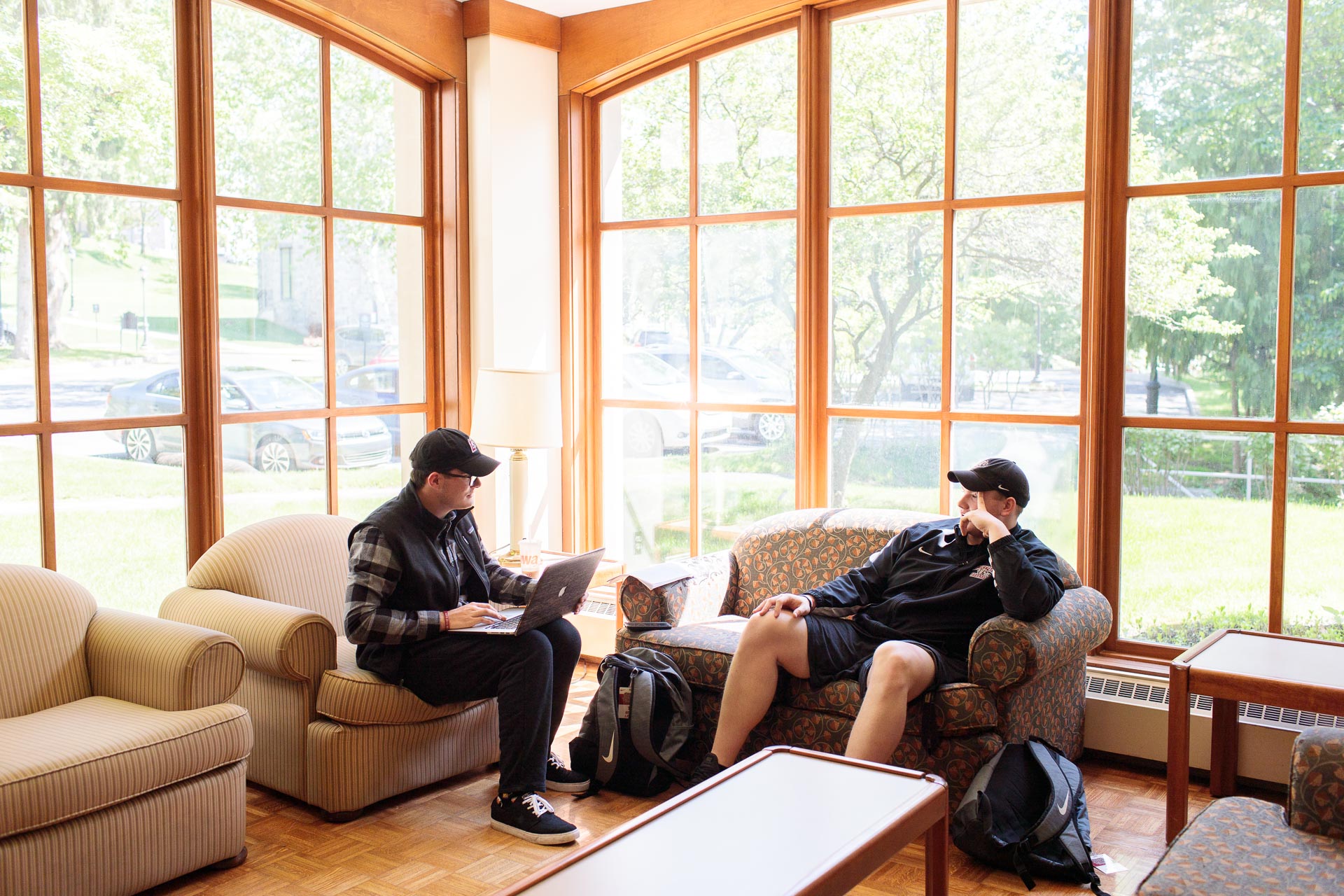 Down the hill in the Simon Center for Economics and Business, Kevin Zataveski ’19 and Mike Lewis ’19 share thoughts on their Women in the Economy final. “It went fine,” says Mike, “but that was it.”  He speaks to the fact that he’s now finished with his finals and undergraduate degree. “Now we’re gonna go have a beer.” 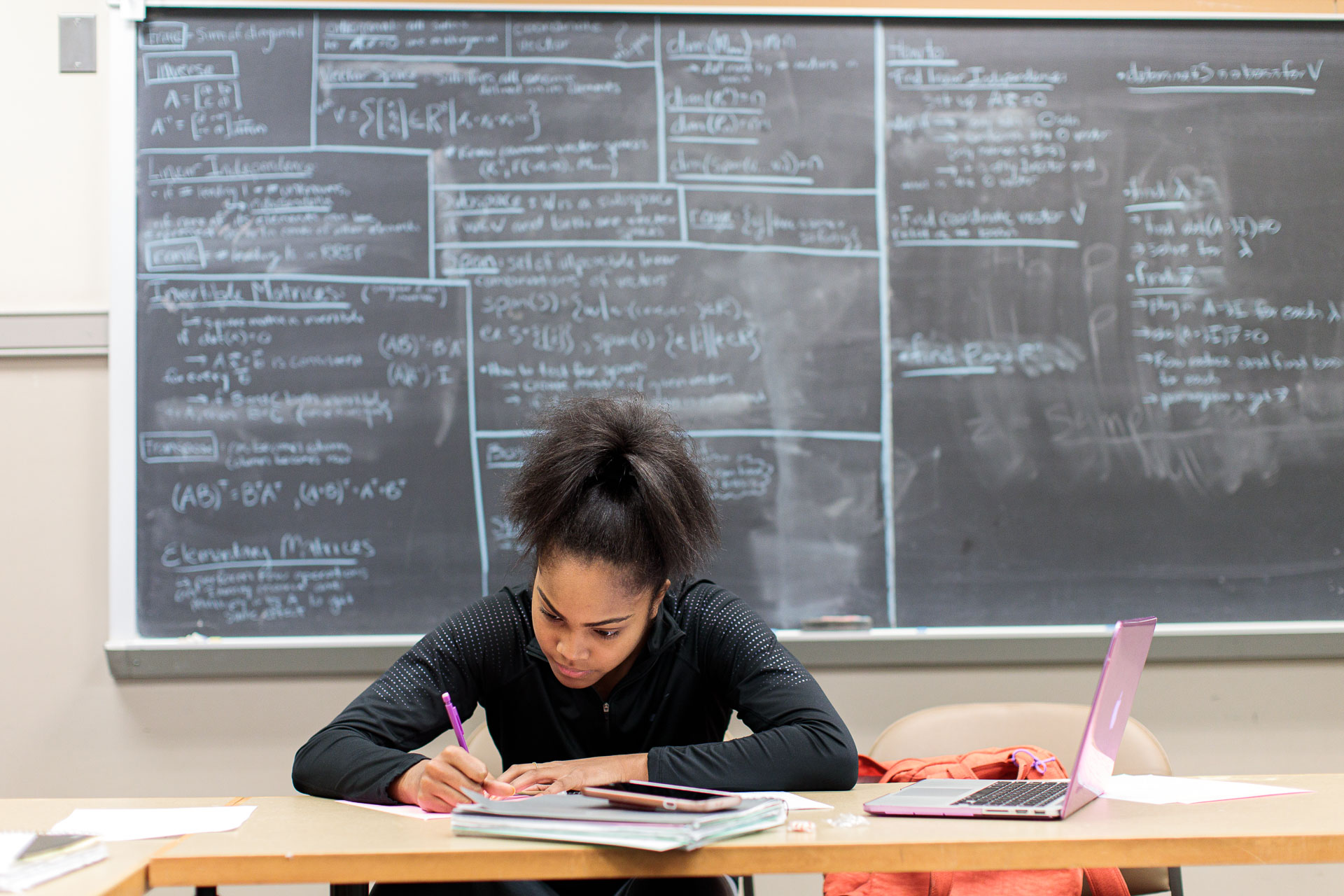 It’s easy to tell when students are “in the zone.” I asked Makaila Wilson ’22 how many hours she had been in a Pardee classroom. “Too many hours” was her response. “And the test is in one hour.” She and her study group resumed studying for Calculus I, unconcerned with my presence. 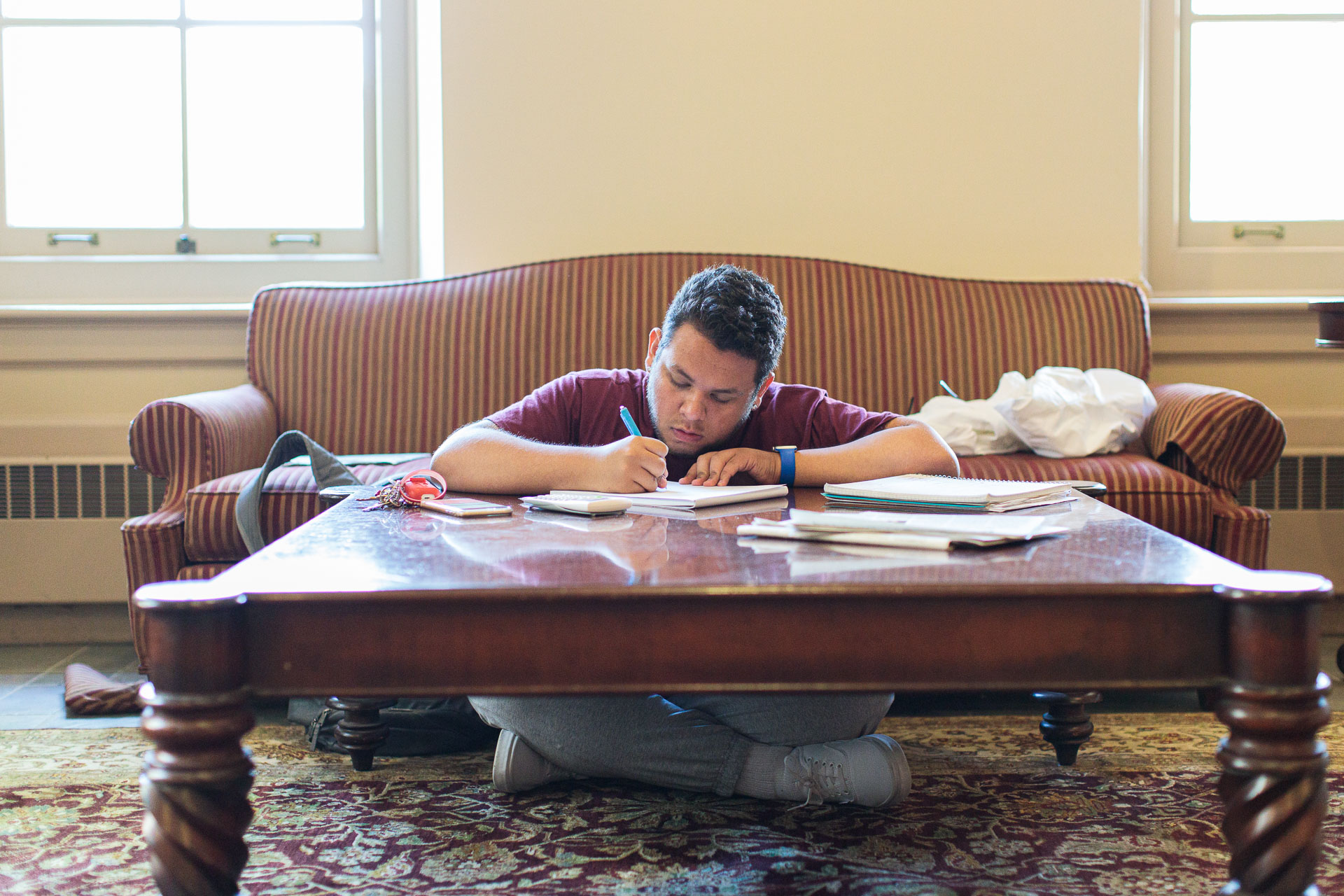 Right outside, Eduardo Rodriguez Gomez ’22 is studying for the same Calc I exam.  He says Carl Hammarsten is a great professor, but students aren’t allowed to bring a “cheat sheet” with formulas to the exam. I tell Eduardo that Makaila and her group are also studying in the room next door. “I’ll have to go and ask them what they’re reviewing.” 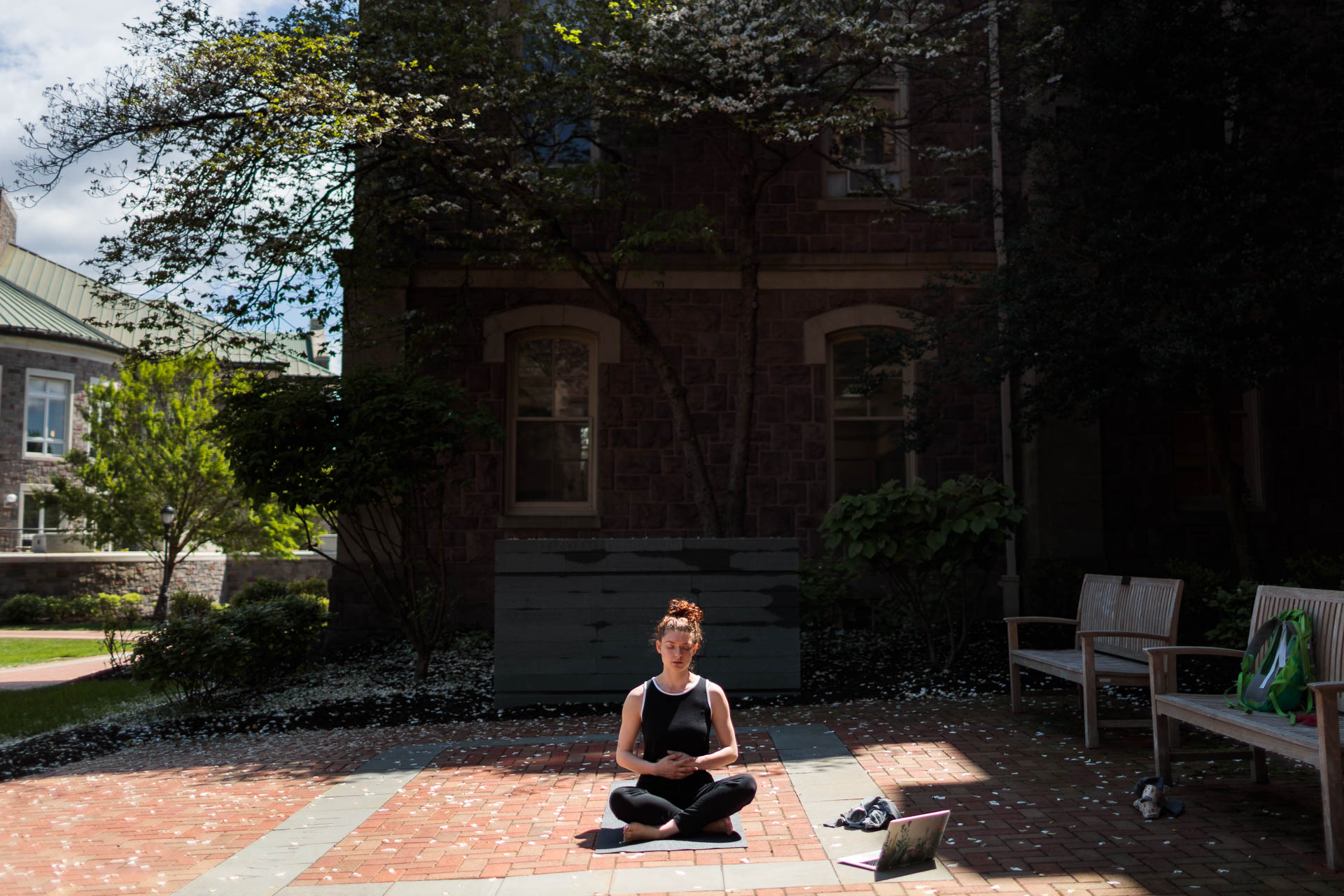 Outside Pardee, Danya Kats ’19 clears her mind.  She’s trying to develop good habits for after graduation, she says. 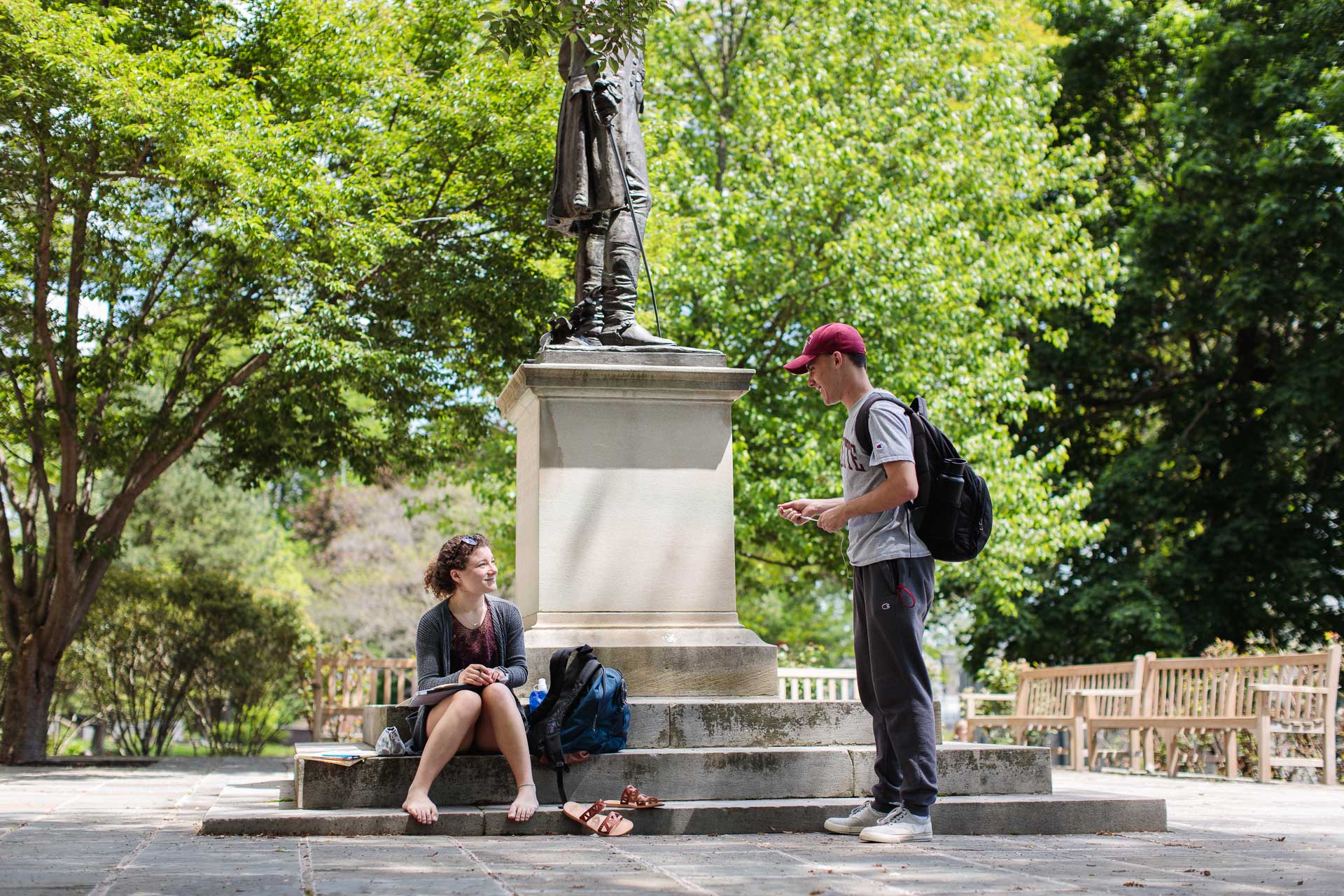 In front of Colton Chapel, Madeline Squarcia ’22 and Colin Shalk ’22 discuss their current state of done-ness. “I finished all of my finals today. It’s like the best feeling in the world. I can sit and enjoy this nice day, and then go sell my textbooks,” says Colin. 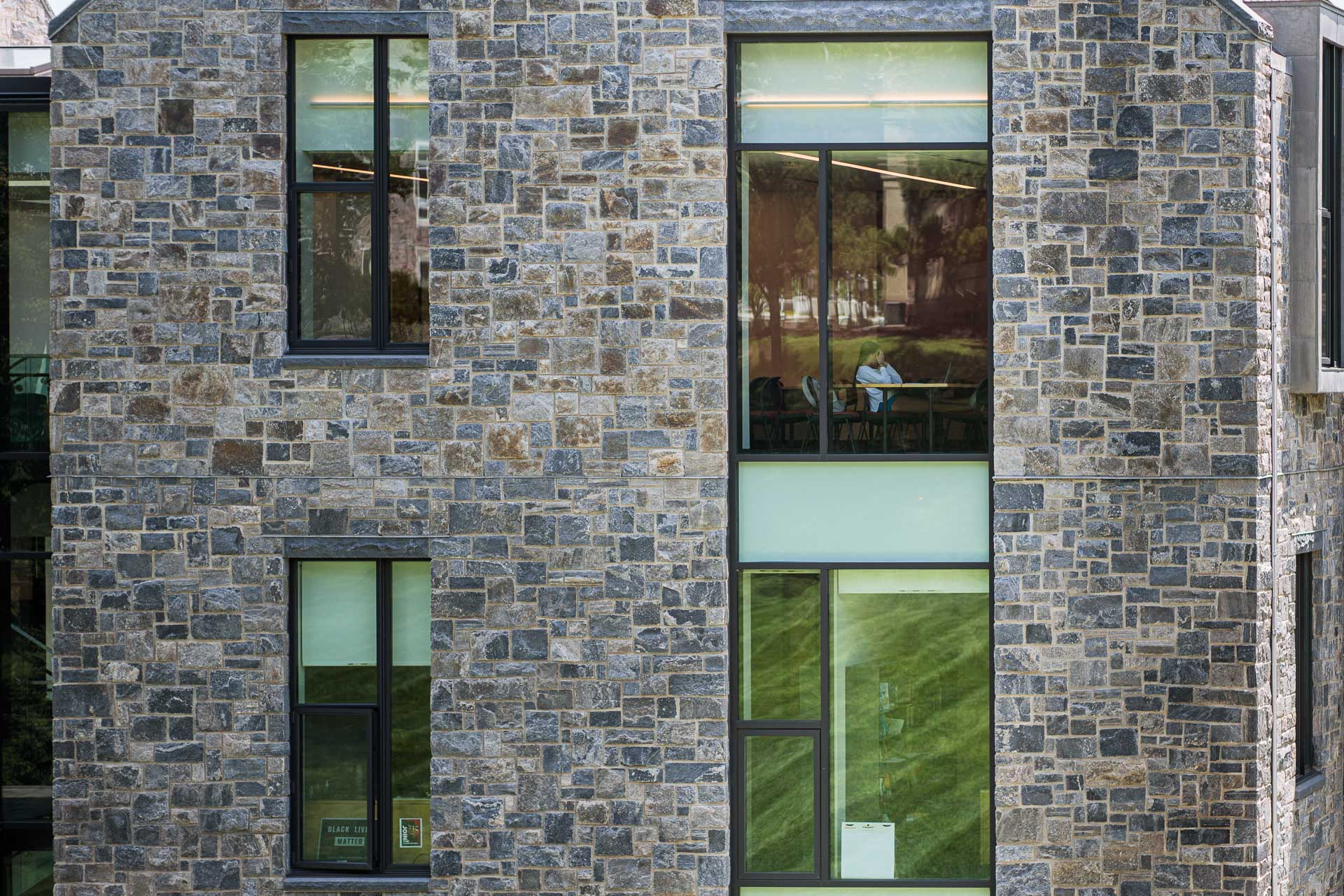 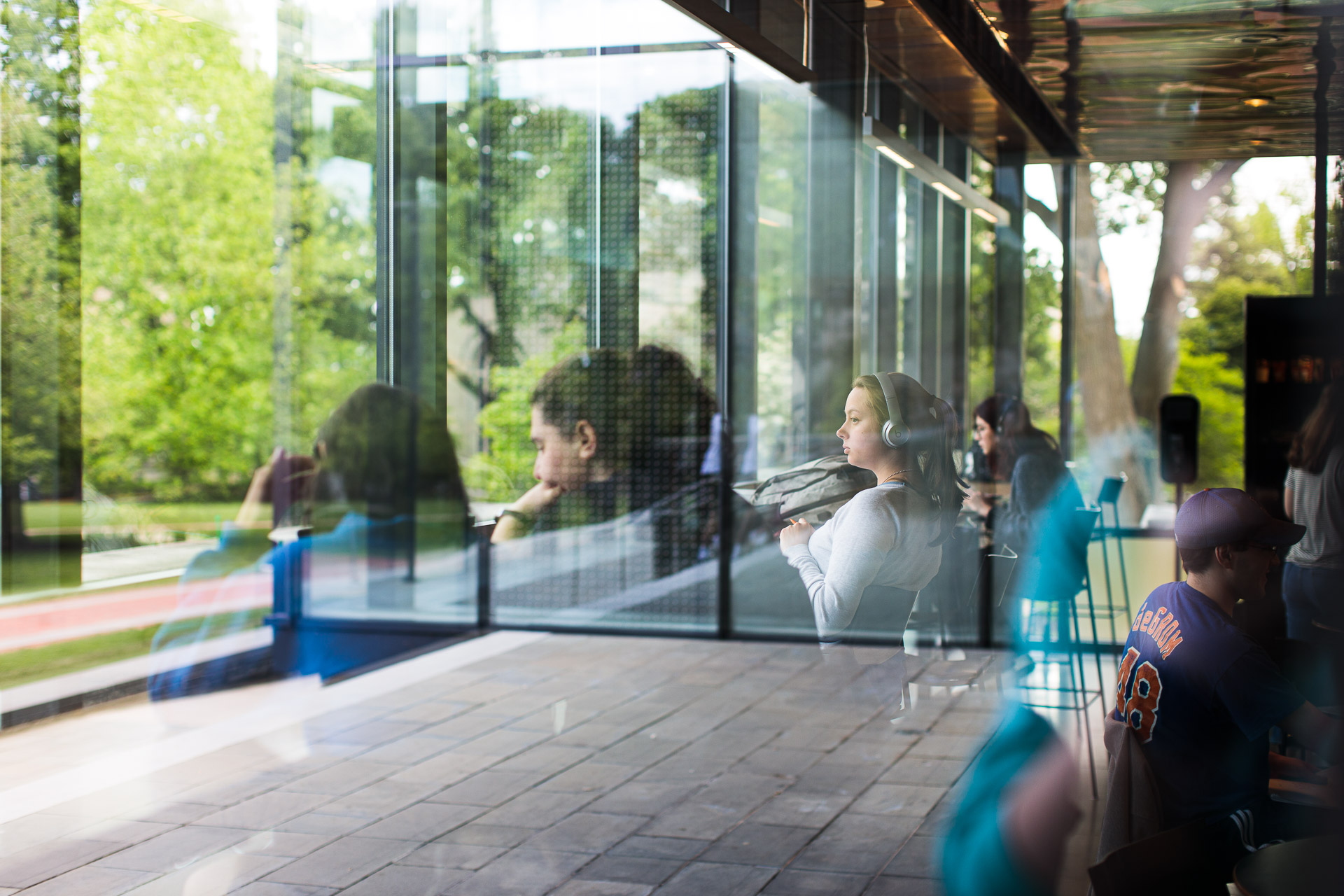 Studying doesn’t cease with the sunlight. I returned to Skillman around 2 a.m. to catch up with the night owls dotting the sparsely occupied library. 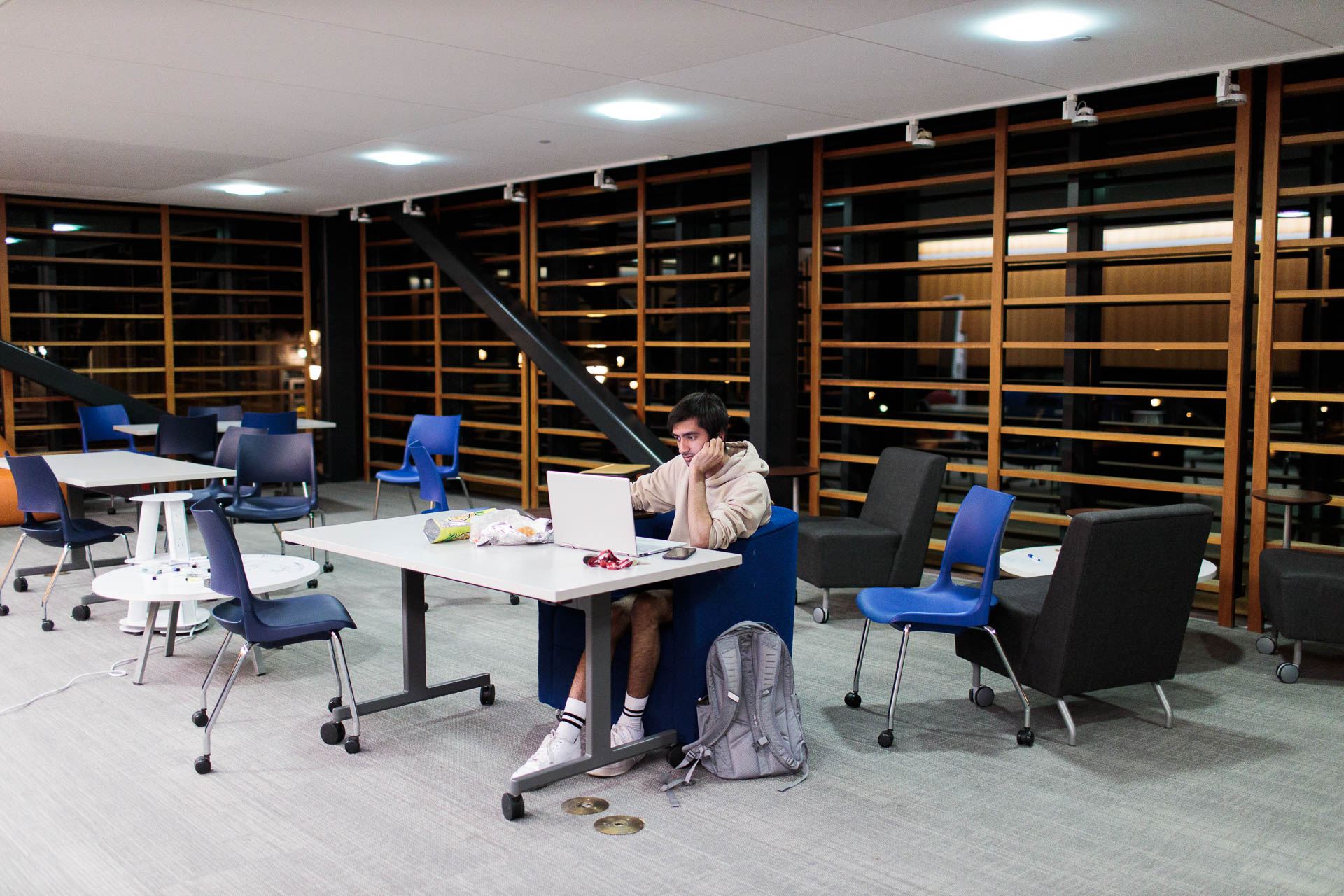 Studying this late doesn’t bother Saad Rehman ’22, who is observing the practice of fasting during Ramadan.  He woke up for his exam at 6 p.m. and broke fast at sundown.  Now he’s studying and eating his second meal of the day. 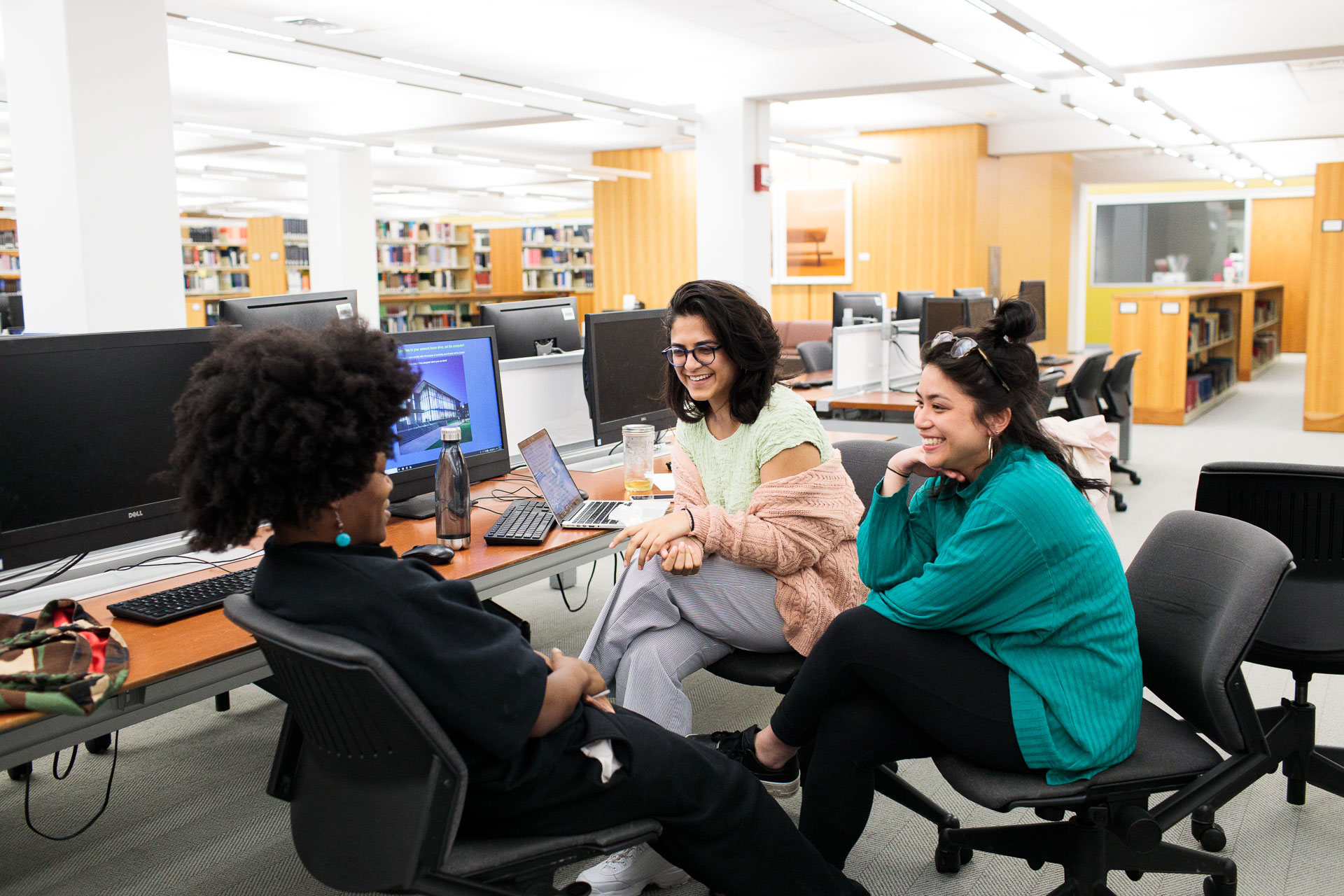 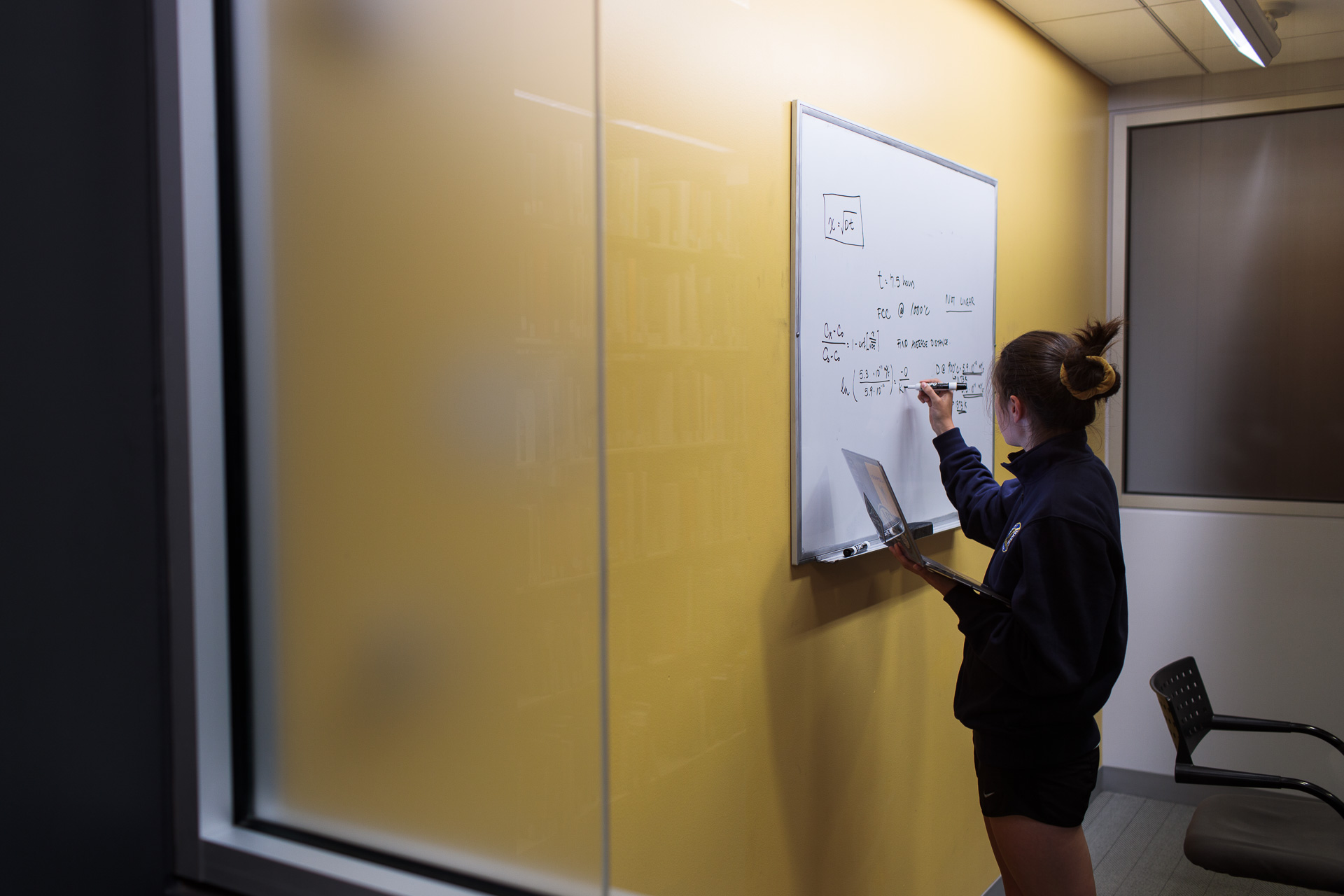 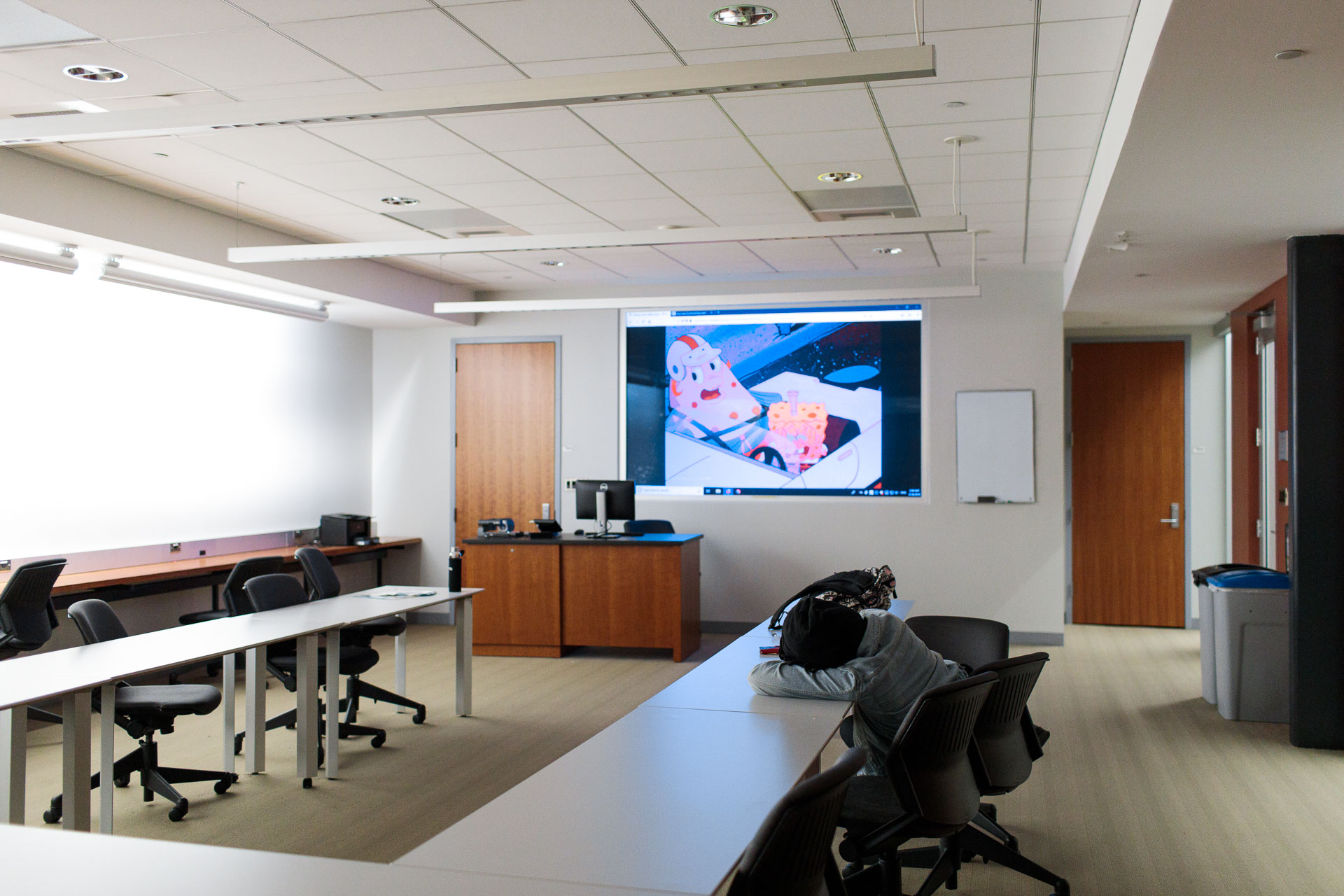 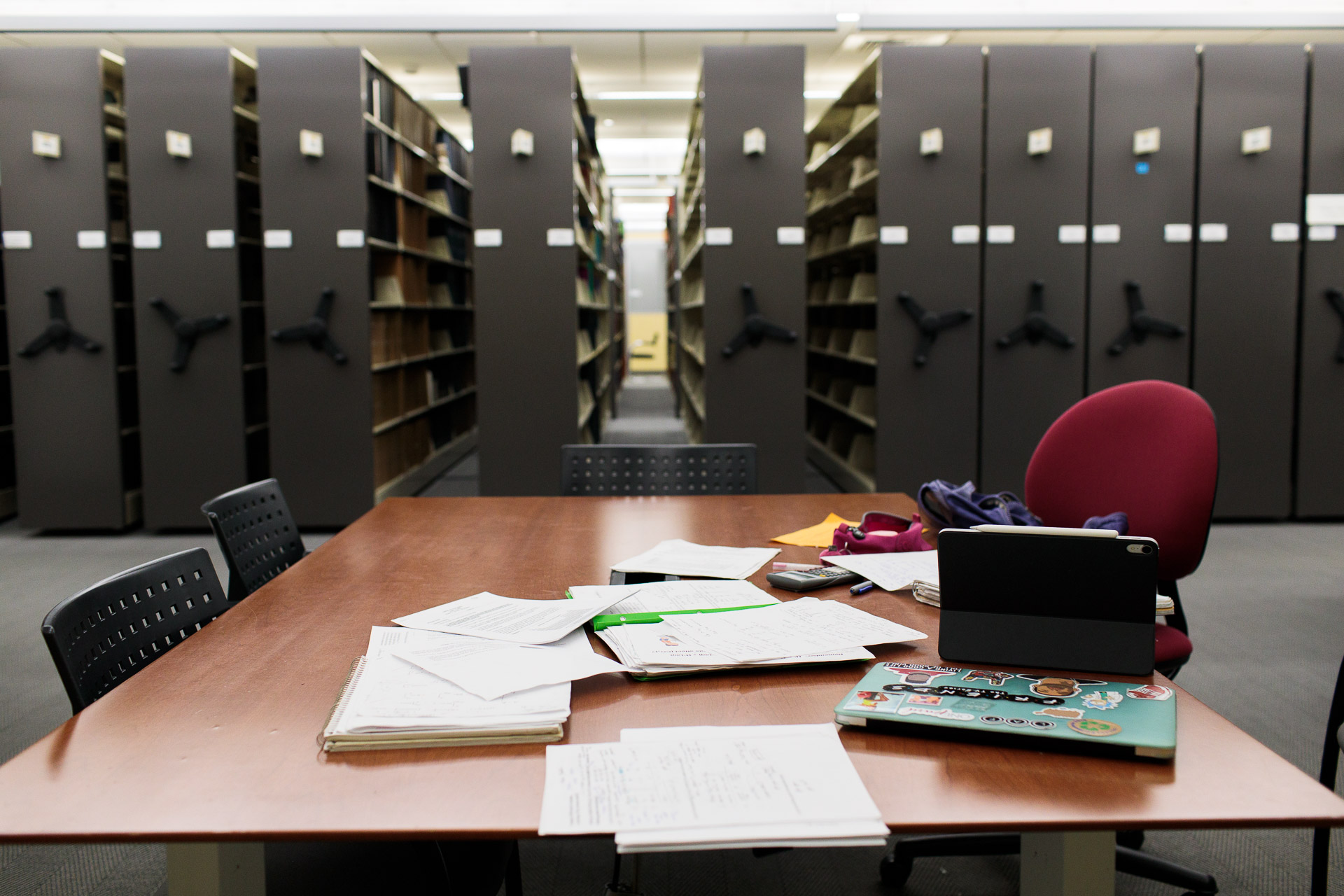 The remnants of studying.  Thank you for joining me on my tour of a typical day-in-the-life during finals week.