Retiring faculty Diane Ahl, George Rosa, Diane Shaw, and Len Van Gulick have been elected to emeritus status by the Board of Trustees. The following citations for them will appear in the program for Lafayette’s 184th Commencement on May 25. 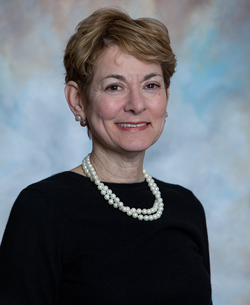 DIANE COLE AHL, Arthur J. ’55 and Barbara S. Rothkopf Professor of Art History, has been a member of the faculty for 42 years.

She received a Bachelor of Arts degree from Sarah Lawrence College in 1971 and Doctor of Philosophy degree in art history from the University of Virginia in 1977. Ahl joined the faculty as instructor in 1977 and was promoted to assistant professor in 1978, associate professor in 1983, and full professor in 1996. She was named Charles A. Dana Professor in 1998 and inaugural Rothkopf Professor in 2001.

Ahl is author of articles, reviews, and essays in museum and exhibition catalogs. Her books on Italian Renaissance painters Fra Angelico and Benozzo Gozzoli have been translated into several languages. The latter was awarded the Otto Gründler Prize at the International Congress on Medieval Studies and other honors. She is editor of The Cambridge Companion to Masaccio and Leonardo da Vinci’s Sforza Monument Horse: The Art and the Engineering. She is co-editor of Confraternities and the Visual Arts in Renaissance Italy: Ritual, Spectacle, Image and The Arts in Pisa during the Early Renaissance. Her book on 15th-century Italian painting for Yale University Press is forthcoming.

Ahl was awarded grants and fellowships by the American Philosophical Society, John Paul Getty Foundation, Andrew W. Mellon Foundation, National Endowment for the Humanities, Renaissance Society of America, Alfred P. Sloan Foundation, and others. Curator of exhibitions and installations in Italy and the United States, she co-organized conferences on nanotechnology and cultural conservation, Nazi-looted art, and da Vinci’s Horse. An elected member of the Institute for Advanced Study at Princeton, Ahl served three terms as visiting scholar at Kunsthistorisches Institut (Max Planck Society), Florence, and was James A. Ackerman Resident in Art History at the American Academy, Rome.

GEORGE M. ROSA, professor of foreign languages and literatures, has been a member of the faculty for 33 years.

Rosa received a Bachelor of Arts degree from the University of California, Los Angeles, in 1971. He attended Balliol College, Oxford University, as a Rhodes Scholar and Danforth Fellow, receiving a Doctor of Philosophy degree in medieval and modern languages in 1981. He joined the faculty as assistant professor in 1986 and was promoted to associate professor in 1992 and full professor in 2005.

In addition to courses in French language, literature, and culture and a classics course on Virgilian myth and Roman culture, Rosa has taught a variety of interdisciplinary courses. Among these are a First-Year Seminar on revolutionary vision in European thought and politics from the English Civil War through the collapse of the Soviet Union; a VAST (Values and Science/Technology) course on ancient Roman science, technology, and civilization; and courses on the French Revolution, politics, and arts in France during the late Third Republic and World War II, and death in cross-cultural perspectives.

Rosa has directed numerous study programs in Italy, France, and South America, including a semester-long program in Dijon, France, and an interim session course in South America on literary and cultural development from pre-Columbian through modern times. He founded and directed the Lehigh Valley Association of Independent Colleges’ summer Italian language study program in Rome.

Rosa’s research has focused mainly on Stendhal and his literary relations with and debts to other European writers. He has delivered lectures at conferences in the United States, France, and Canada and has authored articles in journals and edited volumes published in the United States, France, England, Italy, Germany, the Netherlands, and Scotland.

Rosa has served on elected committees of the faculty and other College-wide and departmental committees, including the Joint Committee on the Cultural Program, which he chaired. 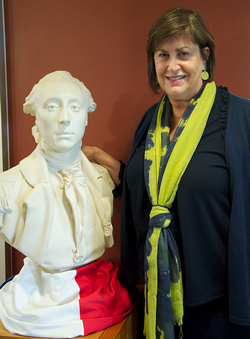 DIANE WINDHAM SHAW has been a member of the faculty for 34 years. She has overseen Skillman Library’s Special Collections since 1985. From 1987 to 2017 she was College archivist, successor to Lafayette’s first archivist, Albert W. Gendebien ’34.

Shaw holds Bachelor of Arts and Master of Librarianship degrees from Emory University. Through acquisitions, research, outreach, and teaching she raised the profile of the Special Collections and Archives program, creating new connections with students, and expanded the history of Lafayette to previously under-documented groups, including women, African Americans, international students, and LGBTQ community. She is the recipient of the College’s Marquis Distinguished Teaching Award and Cyrus S. Fleck Administrator of the Year Prize and the Alumni Association’s Daniel L. Golden ’34 Faculty Service Award.

The French Ministry of Culture and Communication named Shaw a Chevalier in the Ordre des arts et des lettres for her work with the College’s Marquis de Lafayette collections. She collaborated with Mount Vernon on the exhibition A Son and His Adoptive Father: The Marquis de Lafayette and George Washington and authored the lead essay in the catalog. On view at Mount Vernon and New-York Historical Society in addition to the College, the exhibition included many items from the College’s collections.

In 2001, she mounted the exhibition Lafayette and Slavery and has subsequently written and spoken frequently about Lafayette, slavery, and human rights. Most recently, with Olga Anna Duhl, Oliver Edwin Williams Professor of Languages, she curated A True Friend of the Cause: Lafayette and the Antislavery Movement at the Grolier Club, New York, and edited the catalog. The exhibition provided the first comprehensive look at the Marquis as an international antislavery advocate.

Shaw is vice president of the Board of Directors of the Moravian Archives and former chair of the Society of American Archivists’ Privacy and Confidentiality Roundtable. She was a member of the Pennsylvania State Historical Records Advisory Board, Steering Committee of the Mid-Atlantic Regional Archives Conference, and Board of Trustees of Northampton County Historical and Genealogical Society. 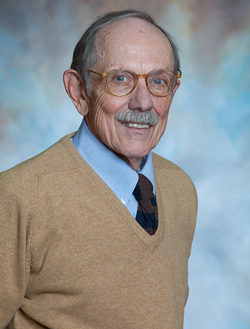 LEONARD A. VAN GULICK, Matthew Baird Professor of Mechanical Engineering, has been a member of the faculty for 41 years.

He received a Bachelor of Science in Mechanical Engineering degree from Newark College of Engineering in 1964. He holds three degrees from Princeton University, Master of Arts (1967), Master of Science (1968), and Doctor of Philosophy in aerospace and mechanical engineering (1968).

Van Gulick joined the faculty as assistant professor in 1974, after working in the Aerospace Division of Martin Marietta Corporation. He joined Los Alamos National Laboratory in 1977 and returned to Lafayette, as associate professor, in 1981. He was promoted to full professor in 1989 and named Baird Professor in 1994.

Van Gulick’s areas of expertise include engineering mechanics, mechanical design, finite element analysis, structural dynamics, and medieval architecture. He taught a First-Year Seminar on airpower in the Pacific Theater in World War II and a VAST (Values and Science/Technology) course on medieval architecture.

His initiatives to internationalize the engineering curriculum include developing and leading the Engineering Semester Abroad program at Vesalius College, Brussels. He later taught a required course in strength of materials via videoconferencing for students studying in Brussels. He developed the Bachelor of Science in Engineering/Bachelor of Arts in International Studies. He supervised a number of honors theses on the analysis of highly nonlinear systems and of historic structures.

Van Gulick was a Sloan Visiting Fellow at Princeton’s School of Architecture. He authored articles published by American Society of Mechanical Engineers, ANSYS, and others and contributed to the book Architectural Technology Up to the Scientific Revolution: The Art and Structure of Large-Scale Buildings.

A member of the Société Française d’Archéologie, he has served as mechanical engineering department head, chair of the Bachelor of Arts in Engineering program, and faculty mentor to the swimming and diving teams.