At the annual pre-Commencement awards dinner, President Alison Byerly recognized the following administrators who have retired this year:

Byerly made the following remarks about each administrator at the dinner: 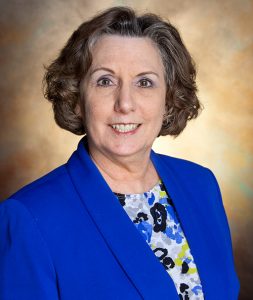 Rosemary “Rosie” M. Bader, director of business services
We have been waiting 33 years for Rosemary M. Bader to break out of her shell. Those who know and who have worked with Rosie appreciate, of course, that her shell and the mold were shattered long ago. Always as subtle as a sledgehammer, Rosie has attitude … a highly touching and determined attitude to successfully accomplish what is best for Lafayette College.

As director of business services, Rosie oversees a number of Lafayette’s business auxiliary managers, including those for the College Store, Dining Services, the Early Learning Center, our Post Office, Printing and Copy Services, and the Scheduling and Event Planning Office. Rosie is also responsible for insurance renewals and claims processing; real estate acquisitions, and employee rentals. She served as a liaison to our Board of Trustees as deputy secretary to the Audit, Financial Policy, Grounds and Buildings, and Investments committees.

Rosie has long been the go-to person when new challenges have arisen. She takes on new assignments without hesitation. As her colleagues have worked with Rosie, they have quickly realized not only her depth of knowledge and superb organizational and writing skills, but they have also gained an appreciation for her generous spirit as she has set an extraordinary standard as a true team player. Rosie is always willing to share her knowledge and talents to advance her team, while at the same time demonstrating that she values the contributions of her colleagues.

During her retirement, Rosie is looking forward to traveling with her husband, Jeff. With their children spread across the eastern United States, they anticipate frequent trips to see their daughter, Nicole, and her husband, Amin, in Boston; their son, David, and his soon-to-be wife, Emily, in Midlothian, Virginia, and their daughter, Leah, in Washington, D.C., where she is attending graduate school at Georgetown University. While visits with the kids and four grand dogs are always joyful, Rosie and Jeff are expecting to be blessed with their first grandchild, a boy, in July. Hopefully, other destinations can also be squeezed into their busy itinerary.

We will miss Rosie’s sense of humor as she settles into her new home in Florida, but we know that she will be only an email away! 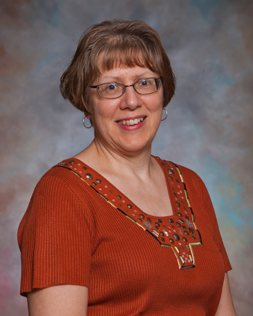 Diana Buchok, manager, public safety operations
As Lafayette sought to create our Office of Public Safety, Diana Buchok was one of the first champions to join this critically important team. During her almost four decades at Lafayette, Diana has been instrumental in steadily enhancing this resource which protects the safety of our College community through her commitment to doing the hard work, her innovative thinking, and her dedication to partnering with her colleagues in serving our faculty, staff, and students.

Today, Public Safety is not just security. As the responsibilities of this department have steadily grown, so have those of this dedicated colleague. Diana began her tenure in 1982 as the department’s secretary. In 1995, she was promoted to office coordinator. Diana was once again promoted in 2002 and named manager, public safety operations.

As the department’s secretary for the first 13 years of her tenure at the College, Diana led the team’s efforts to develop an efficient and effective administrative process for documenting and reporting on our safety efforts. Before computers and copiers became readily accessible workplace tools, Diana was responsible for typing our officers’ reports and making multiple copies using carbonless copy paper. As technology advanced, she facilitated the evolution of our public safety processes by evaluating and implementing cutting-edge tools.

During her tenure at Lafayette, Diana has been a key contributor in developing Public Safety’s standard operating procedures, including our effective Cleary Act practices. As changes in regulations have occurred, she has been a leader in evolving our processes as necessary.

As manager, public safety operations, Diana oversees our Dispatch Center, which has the responsibility of being available 24/7/365 for phone calls from our college community. Initially, Diana filled the hot seat. She then became a champion for our dispatchers earning their APCO certification, and she now manages the process of keeping this critically important seat filled. Diana also connects our Public Safety team with other organizations which support them in protecting the health and safety of the Lafayette community.

Diana, as the glue who holds everything together, you are a key player on our team. We will miss you! 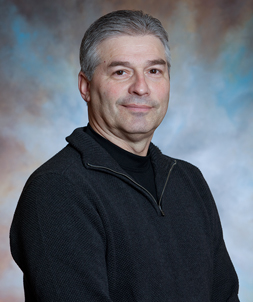 Thomas DeFazio, coordinator, chemical and environmental labs
For our Engineering Division, Tom DeFazio has been a catalyst in the creation of transformative educational experiences which prepare our students to make a difference in their careers. Since his hire as a Lafayette technician on March 30, 1983, Tom has partnered with our faculty in creating the technology which has allowed them to realize their vision for their laboratory experiences. So instrumental have his efforts been to our engineering education that he was promoted to coordinator of the chemical and environmental labs in 2003.

From the point of view of this determined and innovative technologist, there is nothing that can’t be done. Tom’s perennial response to every request from our faculty, staff, and students is “Sure! Let’s go!” This has become the mantra for our Engineering Division as our students and faculty consider challenging opportunities to enhance our students’ understanding. When our faculty have ideas of a new piece of equipment on which our students could work or a new apparatus for an experiment, Tom brings those ideas to fruition but always ten times better than his colleagues ever imagined. What they describe, he is able to build and make it beautiful as well as functional. As a result of his remarkable efforts, Tom has enhanced Lafayette’s engineering education and kept our engineering experiences safe.

While so many people with Tom’s expertise focus on the technology, Tom focuses on the people. He is not only a great collaborator with our faculty, but he is also a wonderful partner to our students. There hasn’t been a single Lafayette engineering student who hasn’t respected, admired, and enjoyed engaging with Tom. So many of our engineering graduates have entered their career equipped with lasting wisdom from this highly supportive Lafayette staff member.

Tom, the impact that you had on Lafayette’s laboratories will last long after your departure. There’s no question that the wealth of knowledge that you are taking with you will be missed! Truth be told, however, that the Engineering Division is also saddened by the loss of your extraordinary commitment to collaboration, your stimulating conversations with your colleagues, and the inspirational work ethic by an amazing gentleman whose actions speak volumes by doing things with excellence versus mediocrity. It is you, Tom, who will be greatly missed. You have become part of the Lafayette fabric, and, as with any fine piece of fabric, it going to be very tough to remove you from the overall tapestry which makes our engineering programs what they are today. 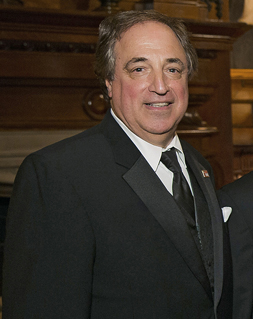 John Leone P’10, senior associate director/major gifts
Since becoming a Leopard on September 1, 1980, John Leone has been a special member of the Lafayette community.

From day one, John adopted the College as his own. During his tenure at Lafayette, he has built thousands of meaningful relationships, has become known for being the first to ask a question at an event or during a meeting, and has been recognized with the Lafayette College Distinguished Service Award. Nothing made John more proud than to finally “get a number after his name” as the P’10 was added when his daughter, Amanda, graduated in 2010.

Whether he was in his initial role as instructor of physical education, assistant coach of men’s basketball, and assistant director of men’s intramurals, which he held from 1980 through 1988; his position as head coach of men’s basketball and instructor of physical education, which he held from 1988 through 1995; or his 24 years as a member of Lafayette’s development team, John was a coach for others. He coached our players, his colleagues, and the College’s alumni and friends about how to make a difference for Lafayette. As a result of his heartfelt encouragement of others and his dedication to sharing his wisdom, John has been an extraordinarily effective leader who has guided the extended Lafayette College community in successfully reaching our goals.

John has also been an integral member of the Lafayette Sports Network broadcast team since its inception in 1997. He has served as the lead basketball analyst from the beginning, excelling through his vast basketball knowledge, passion for the game, and love of Lafayette. He has also served on the football broadcast team for all but one season of Lafayette Sports Network’s existence and currently handles the sideline reporting duties. The Leone energy and enthusiasm has come through in every broadcast.

After almost 40 years of coaching excellence, John is choosing to retire. A champion for Lafayette with profound wisdom and remarkable kindness, John will forever be remembered as a truly effective Leopard coach never-ending.

John, you will be missed at Lafayette. 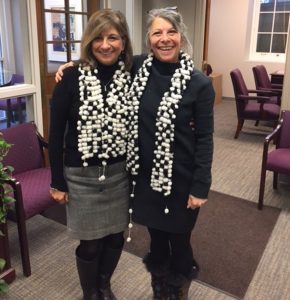 Patricia Cerankowski, human resources administrator and tuition coordinator
Since joining the Lafayette community on September 4, 1998, Patricia Cerankowski set an aspirational standard for the difference members of our community can make for their colleagues. Pat was the consummate Lafayette community supporter. As she served her colleagues and interacted with our faculty and staff, Pat personified compassion.

During Pat’s tenure in human resources, her colleagues attest to the fact that she was the face and the front door of their department in terms of their mission of supporting our Lafayette colleagues. So effective was Pat in her service that she was promoted several times during her six years in the department. After beginning as a secretary, Pat was named as the department’s administrative assistant in June 2006, as human resources assistant and tuition coordinator in July 2007, and as human resources administrator and tuition coordinator in July 2010. She was also recognized twice with Lafayette’s Leopard Award.

Pat’s passion for serving others manifested itself most transparently during her work overseeing Lafayette’s employee tuition programs. At the moment when our colleagues are most excited about the difference that their employee benefits will make for their children, Pat interfaced with them, supported them, and shared the joys and challenges of that process.

Her colleagues also proclaim that Pat enriched their office through her extraordinary dedication, flexibility, and delightful sense of humor. When they were not available, Pat was very willing to step in on their behalf and support others. The fabric of the Human Resources Office was deepened because of Pat’s concern and care for her fellow employees. She was known for becoming best friends with every new employee at Lafayette.

Pat, your heart is missed at Lafayette. We feel very fortunate to have been able to call you a colleague. While cooking was not your favorite thing to do, we hope that your microwave is serving you more effectively than the one that was formerly in our office!