The issue: As cities grow, the increase in housing opportunities for higher-income households appears to come at the expense of lower-income households. This study explores the consequences of neighborhood redevelopment in Istanbul, Turkey, on displaced residents, focusing on the outcomes of gentrification, including displacement of lower classes from urban areas and their access to resources.

Campus connection: Tanrisever reached out to Ahene in the beginning of her senior year with the research proposal.

Personal connection: “The area I’m looking at is 10 minutes from where I live,” Tanrisever says. “When I was in high school I would pass that area, and I saw how much had changed. Every time I go more apartments are torn down, and new ones come in their place. It was just an interesting landscape for me as I was interacting with the people. I know people who live in this space, so I had conversations about this and knew I wanted to study this.” 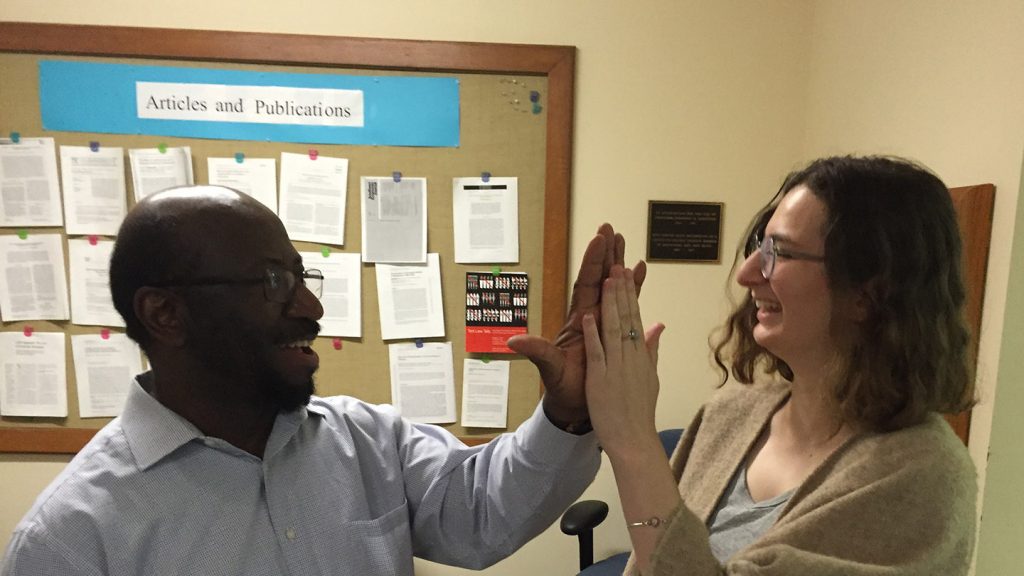 Instant connection: “My specialization is urban real estate. When she told me what she was interested in, two things resonated with me,” Ahene says. “I teach urban economics as a course, and gentrification is one of the components. Secondly, when I came to Easton, I looked at the area just south of the Alpha Building, which used to be occupied by a Lebanese community in a neighborhood that was vibrant and very culturally diverse. Because of gentrification and urban renewal, many of these people moved to Palmer Township.

“Bringing a topic very similar to that from a different cultural context was very interesting to me personally because it makes these connections,” he adds. “When she approached me about doing an honors thesis and picked a topic that was directly interesting to me, I said, ‘This is a great idea. Let’s work on it.’”

The NCUR advantage: NCUR has an outlet to publish research, and Ahene is encouraging Tanrisever to circulate her study, particularly in Turkey, “to get a conversation going” about how urban renewal has changed the fabric of cultural neighborhoods in Turkey. “Gentrification has always been tied to urban growth,” Ahene says. “You can see that Turkey is suffering through economic recession, with some very questionable politics affecting its economic vitality.”

Proud professor: “It’s difficult to do the work she did because you have to be on the ground,” Ahene says. “You have to do interviews and collect primary data. A lot of people shy away from this real, ground-level understanding of the dynamics of gentrification.”

An evolving issue: “The construction has stopped because of the currency crisis in Turkey and other factors,” Tanrisever says. “A lot of construction firms have gone bankrupt. We don’t know what will happen. Neighborhoods have been destroyed, creating an environment that’s not completely gentrified and could attract crime and people you thought would not congregate there. I’m going to make an effort to publish my findings in Turkey.”