Mitchell, who joined Lafayette in 2017, is a human geneticist with a focus on health disparities and epigenetics. She studies the links among genetics, the environment, and cancer. 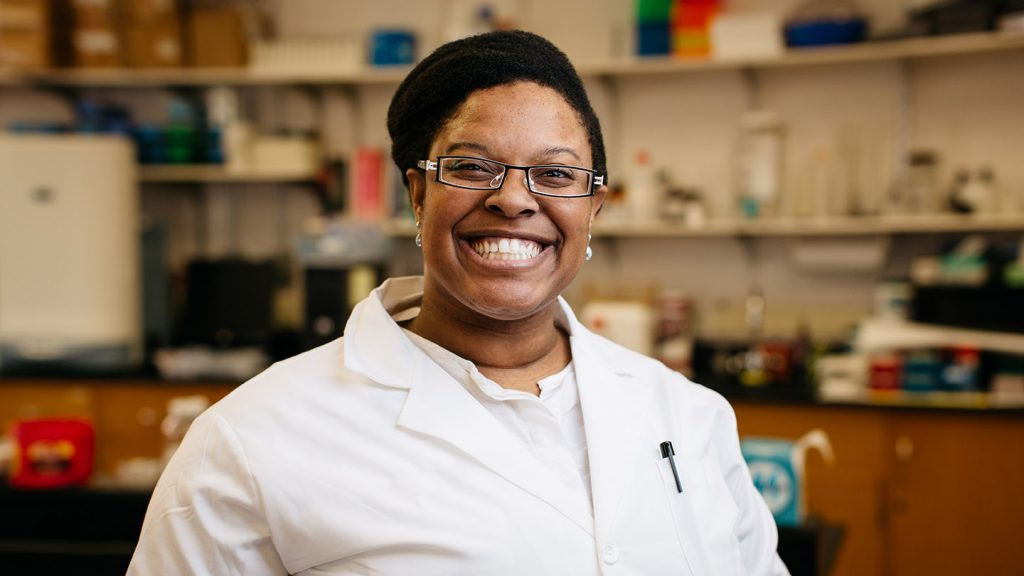 Mitchell has spent most of her career researching why African Americans have higher incidences of lung cancer compared to European Americans. It has only been in the last year that she has expanded her research to study kidney cancer.

“I’m honored and humbled, especially since this is my first year doing kidney cancer research,” Mitchell says. “I know that there are racial differences in lung cancer, and I’m trying to see if race is a driver with kidney cancer. If there is a genetic factor, it means we can develop therapies that target the cancer in more effective ways.”

One of the innovative aspects of her upcoming research will involve looking at so-called “chromosome shattering” (the disassembly and resulting reassembly of DNA), which could explain why cancer tumors tend to be more aggressive in African Americans.

About the CDMRP:
The CDMRP aims to foster novel approaches to biomedical research in response to the expressed needs of its stakeholders: the American public, the military, and Congress. The CDMRP fills research gaps by funding high-impact, high-risk, and high-gain projects that other agencies may not venture to fund. While individual programs are unique in their focus, all of the programs managed by the CDMRP share the common goal of advancing paradigm-shifting research, solutions that will lead to cures or improvements in patient care, or breakthrough technologies and resources for clinical benefit. The CDMRP strives to transform health care for service members and the American public through innovative and impactful research.