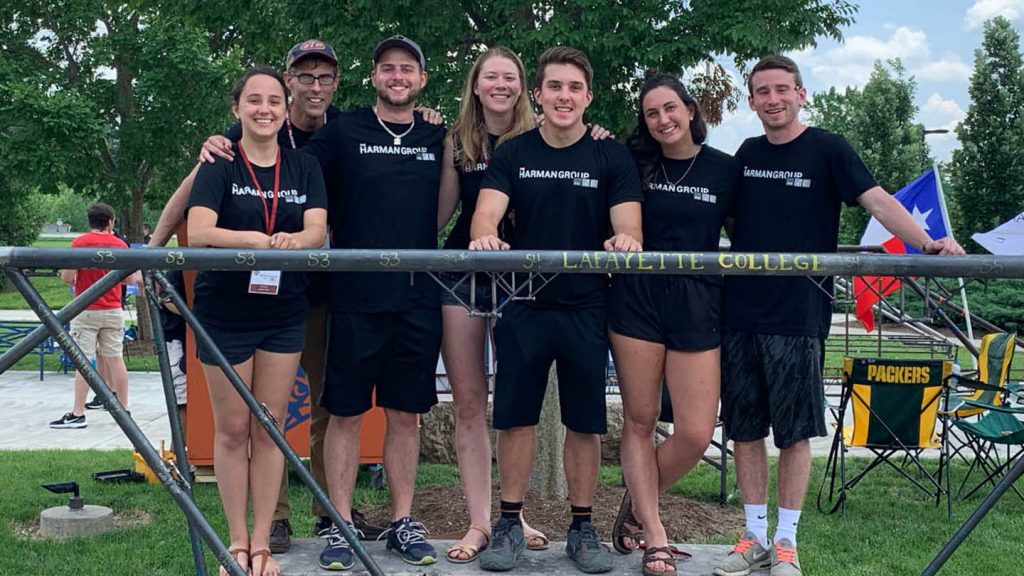 It’s the second year in a row the team took first place in the national competition, which featured 41 teams from the country’s top engineering programs.

“Back-to-back national championships is certainly great,” says Steve Kurtz, team adviser and associate professor of civil and environmental engineering. “But the best part—for me, at least—is seeing education in action. As a team, our perspective is that this project teaches the art/science of engineering decision-making; every decision must be an engineered decision, backed by data, analysis, and argument. This process led to design choices that were quite unlike any other design. This team never stopped questioning, arguing, and analyzing—and it showed.”

The steel bridge team won four of six categories, which added up to its overall victory.

Teams are judged on how they perform in six different categories. Lafayette took first place in four of the six: construction speed, stiffness, construction economy, and structural efficiency. Which made the victory a mathematical certainty, Kurtz says.