Hayes Williams ’88 and wife Eileen Daly Williams ’88 are still talking about some of the issues raised during Faculty Road Trip, a first-of-its-kind program that brought more than 40 alumni to New York City for a day of discussions with Lafayette professors.

“It’s easy to get immersed in minutia doing the day-to-day job stuff,” says Hayes Williams. “Going to something like this gives you a broader perspective than what you have. You can talk about thorny questions in a safe environment.” 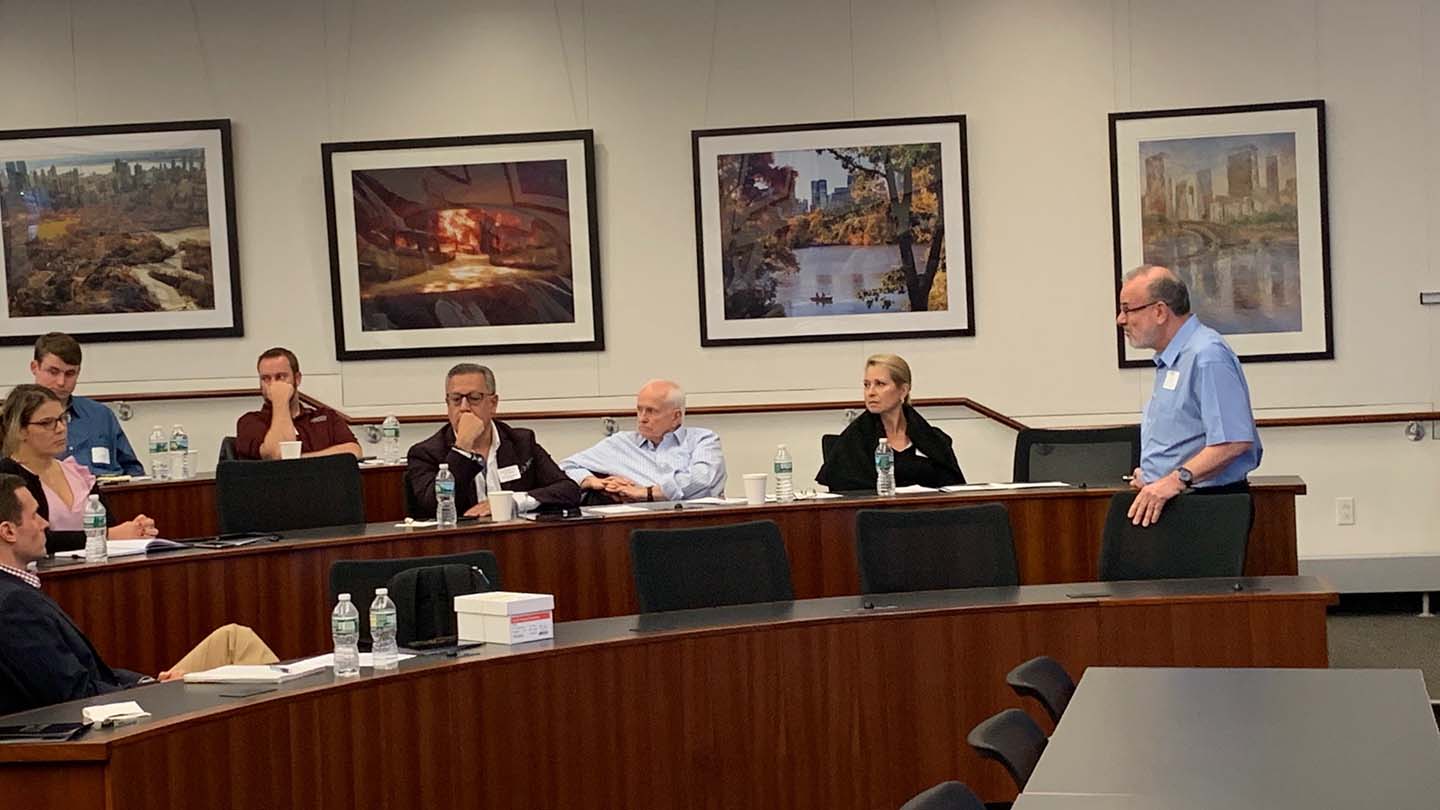 Hayes Williams says all of the talks were fascinating, but he and his wife, an operations manager for a consulting company, found the one by Armstrong to be particularly thought provoking.

“When I was in graduate school there were no women in physics because there were no women in physics,” says Hayes Williams, director of information management and data governance at a New Jersey pharmaceutical company. “She used the story of how a fish living in water doesn’t recognize water exists because it’s all they ever see. Sometimes your climate and actions are the norm and are invisible to you.”

Jonathan Ellis ’98, president of the Alumni Association, says Faculty Road Trip is an idea that evolved from Alumni Summer College, a three-day academic program that has been held on campus in July. “It was well regarded and attended, but the alumni who were attending were the same each year,” he says. “As our alumni base becomes more geographically and socioeconomically diverse, we have to adapt in the way we facilitate connections with those alumni.”

Ellis hopes to replicate the New York Faculty Road Trip in other cities, which may include Boston and Chicago as well as the West Coast. “The opportunity to interact with faculty is one of the ways most alumni prefer to remain connected to the school,” he notes. 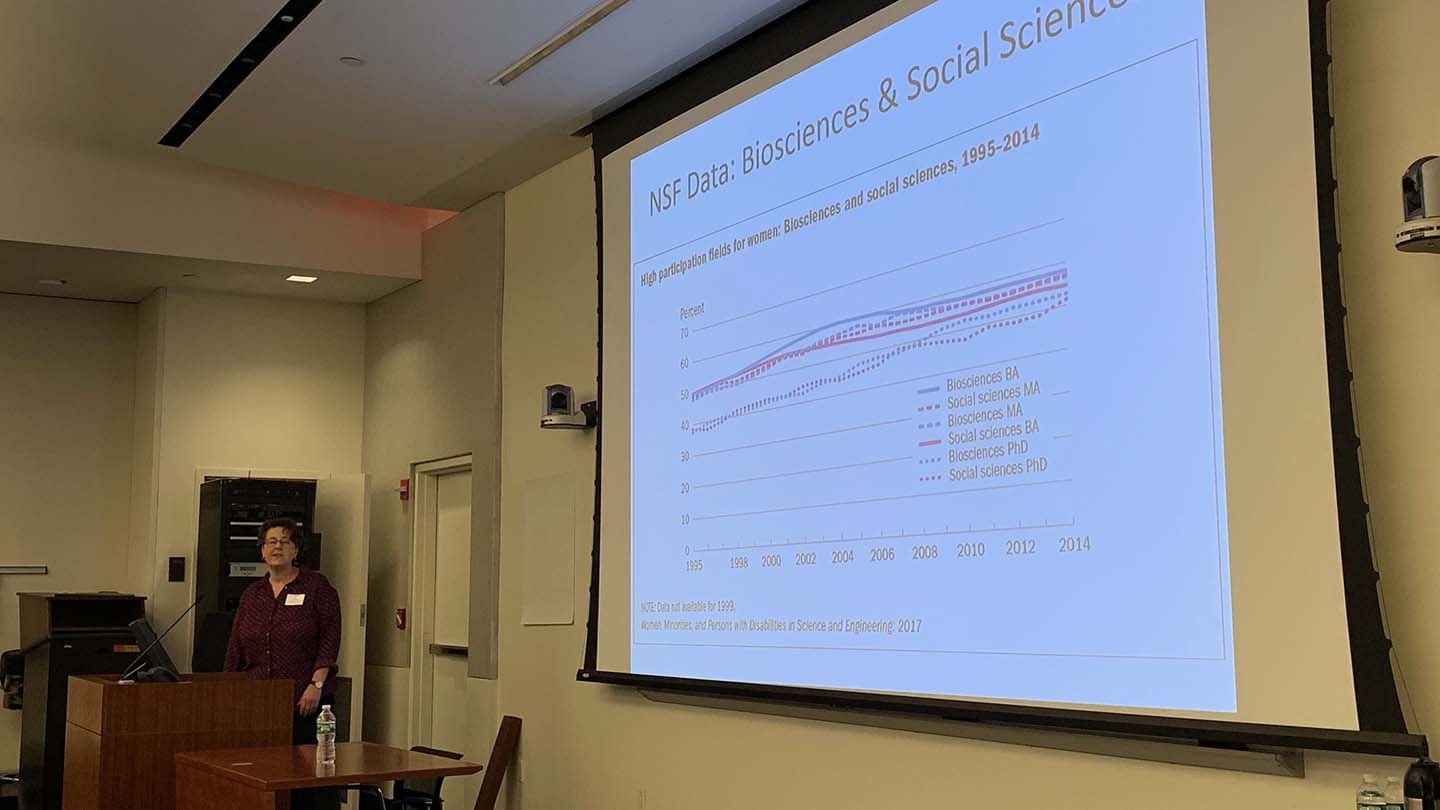 Alumni graduating in years 1963 to 2018 participated in the New York event, providing a range of perspectives and experiences that reminded Nicole Lauricella ’18 of what it was like to take classes at Lafayette with students from different majors.

“I work in the health field, and so many of my colleagues are trained in the same way and taught in similar fashions,” says Lauricella, who works as a medical scribe at an urgent care center and a patient care representative at a hospital in New Jersey. “The ability to discuss knowledge and theory with a group of individuals so diverse in approach is something truly valuable about the Lafayette experience.”

Spending a Saturday in class with some of her favorite Lafayette professors was an easy call for Lauricella, who says she misses lecture-based learning. The event also offered an opportunity to explore subjects she didn’t have time for in college as a biochemistry and women’s & gender studies double major.

“I had never taken a mechanical engineering course because I never thought I would have an interest in it,” she says. “But after experiencing this Faculty Road Trip, I was pleasantly surprised by how engaged I was with the new material. It was a great opportunity to push the boundaries of my learning, which is something I don’t always have the opportunity to do in the working world.”

Nostalgia for her college days drew Rachel Benaroya ’03 of New York City to the event, but it was only one of the reasons. She was also excited to return to a liberal arts environment and discuss contemporary issues with Lafayette professors and alum.

No industry functions in a silo, and advancements, knowledge, and politics in one discipline have a way of influencing others,” says Benaroya, vice president of public finance and credit risk at Syncora Guarantee. “It was fun to apply what I learned to my day-to-day life, and I was proud that Lafayette is still an active force supporting my personal and professional growth after all these years.”

The format, which encouraged discussion and feedback, also facilitated a perfect environment for networking, she says.

“Chatting with others after a class just came organically, like it did in school,” she says. “I think it provided for a more authentic connection with people, even if you don’t agree on everything.”

“It’s a more intimate engagement than a big event where you hang out with your friends,” he says. “It showcases some of the thinking that’s being done at Lafayette in a way in which you can participate.”