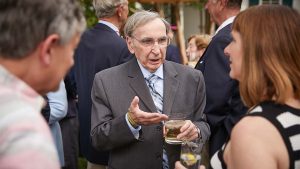 Bob Aiello ’54 with President Alison Byerly at 50-Plus Club

After graduating from Lafayette, Bob Aiello ’54 did a stint in the Army at the former Frankford Arsenal ammunition plant in Philadelphia where he worked on artillery fuses. “When the government announced we were going to the moon, I said, ‘I’m going, too,’” recalled Aiello, a mechanical engineer who landed a job at NASA’s Glenn Research Center in Cleveland, Ohio. “I ended up doing structural analysis on jet engines, which led to general analysis of space structures.” He also worked on the Ranger Program, helping develop an unmanned spacecraft that continuously transmitted images of the moon’s surface to Earth, paving the way for the Apollo program. “So that’s how I touched the moon,” he said. 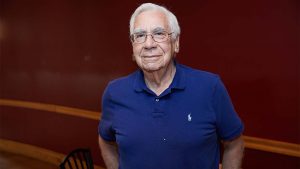 Max Davison ’54 is an attorney and former Lehigh County judge, but his claim to fame at Reunion was having been a roommate of former Lafayette president Arthur Rothkopf ’55. The pairing led to a painful experience that still causes Davison to wince in its retelling. “He broke my nose,” he says. It happened by accident during an intramural football game, causing Davison to seek medical attention at the health center.  When it came time to move the cartilage back into place, the attending doctor went old-school, cradling Davison’s proboscis between his hands and giving it a hard yank. “Wow, did that hurt,” he says. “But it worked.” 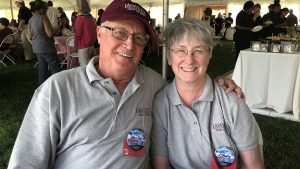 Sitting under the white tent for Friday lunch, Terry Lee and Brad Day, both members of the Class of 1969, shared they have more in common than being Zeta Psi fraternity brothers. Both got married and had children in college, daughters who ran around on the Quad at their graduation. The men later returned the favor. Terry’s daughter, Carrie Lee ’89, a former journalist turned financial consultant, was on campus marking her 30th reunion as her father, retired as an engineer with Pfizer, was celebrating his 50th. A former attorney and mayor of Belvidere, N.J., Ben’s daughter, Tamara Day Masiado, is a 1991 graduate of the College. 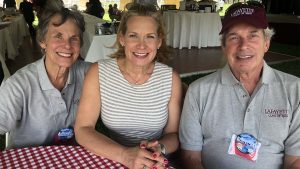 When asked if there is anything he would have done differently at Lafayette having the wisdom of 50 years behind him, Lee says he might not have joined a fraternity. “It was all about drinking and women,” he says. “When you were pledging you had to do all this stupid stuff. So one of my assignments was to go to the local drug store and buy 12 dozen condoms. In those days that was a little embarrassing.” 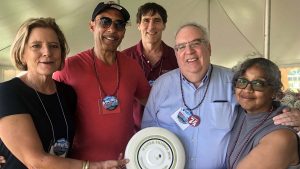 Terry Byrd ’74, second from left, with other members of his class

Terry Byrd ’74 was not only in the first class to graduate with women, but a member of the first class that saw an increase in the minority population. “The women were trailblazers,” he says. “They offered a different perspective. As we’ve aged, these women became not only our classmates but our sisters. As far as African Americans, many of us started as football players, Cornell Wright ’74, Frank Campbell ’74; we still get together, but opening the College to women and minorities has made it a better place.” Now CEO of Aetna Better Health of Kentucky, Byrd says Lafayette challenged him on the gridiron and in classroom, thus preparing him to take on leadership roles at an early age. “When I got out in the real world, I wasn’t intimidated by any of the situations I met,” he says. 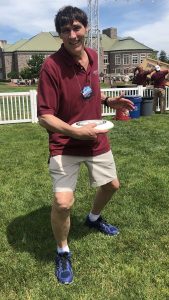 It wouldn’t be Reunion if John Hasnas ’74 didn’t bring the original white Frisbee he and other Lafayette players of the first collegiate Ultimate Frisbee team used during practices on the Quad. “Like us, it’s starting to show some wear and tear,” he says, pointing to a crack in the plastic disc, “but it still works.” Ultimate Frisbee was invented by now movie producer Joel Silver and two of his friends while they were at Columbia High School in New Jersey. Silver started Lafayette in 1970 but transferred to New York University’s film school after his first year. “We were all freshmen here, and he taught us the game, and we played it on the Quad all the time,” says Hasnas, a professor at Georgetown University, who still keeps a copy of a 1972 New York Times article about the first intercollegiate game played between Rutgers and Princeton. “I underlined this quote saying the game could catch on. I show it to people 30 and 40 years later; it’s now a big sport played by colleges all over the country, but we were the first.” 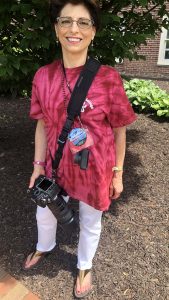 Even though Laurie Samet ’79 was accepted to Princeton University, she decided to come to Lafayette after applying sight unseen and is still reaping the rewards of that choice.  After figuring out she could major in English and still pick up the necessary perquisites for applying to graduate school in physical therapy, Samet began working as a student athletic trainer at the College her first year. “Because it wasn’t a typical career path, my mentors were in the athletics department,” says Samet, the owner of a private physical therapy practice in East Stroudsburg. So why Lafayette? The campus visit, she says. “Even though we came in February it was so beautiful. There was more to it than just looking pretty. It was magical.”

David Schwager ’84 was a first-generation college student and American whose parents escaped Nazi Germany in 1938.  “We were a very different sort of family than the typical Lafayette family of the 80s,” says Schwager, an attorney who will become president of the Pennsylvania Bar Association in 2020. “Lafayette exposed me to a lot of different students and professors I would not have met otherwise.” His political identity was also forged in the fires of a government and law class taught by now emeritus associate professor Jim Lennertz. “I was chairman of the College Republicans of Pennsylvania and he always made me be a liberal democrat in all of the exercises and debates we did. I remember he made me be Ted Kennedy,” he says. “I’m now a democrat. He’d probably be proud of that.” 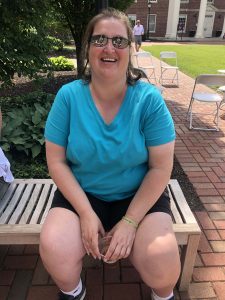 Most of the classes Kristina Friberg ’89 took as a biology major were in Kunkel Hall so she couldn’t wait to come to campus and don a hard hat for a tour of Rockwell Integrated Sciences Center, slated to open in fall 2019. “It looks beautiful,” says Friberg, director of affordability and solutions at Optum Health in Atlanta. “It’s going to have state-of-the-art everything, which I’m a bit jealous of.” She also admitted to being nervous about how it RISC would impact Watson Courts, which holds a special place in her heart as she lived there her first two years. “The people I lived on the hall with and got to know that first semester are the ones I still hang out with now,” says Friberg, who’s never missed a milestone Reunion. “Every five years I’m here, and then there’s a group of us who for the past 17 years get together every spring because we got sick and tired of only seeing each other at reunions and weddings,” she says. 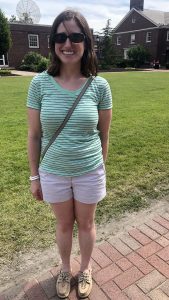 Ask Allison Summer ’09 what impact Lafayette has had on her career, and she’ll tell you about the pigeons in a psychology course taught by associate professor Robert Allen. She hated the pigeons, but the course inspired her to become behavior analyst at a public school in NYC. “I use the same principles learned in that class to help children with autism and other challenging behaviors,” she says. 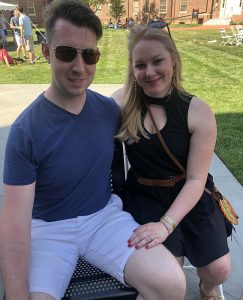 Brad O’Brien ’14 still misses being a 30-second walk away from his best friends, but graduating with a B.S. in mechanical engineering did come with benefits. “Lafayette allowed me to go to a good grad school (Princeton) and that grad school allowed me to get a good job (senior optical engineer at General Dynamics Mission Systems in NYC) so Lafayette was the cornerstone of my success.”