In an email notifying the College of its award, Case President and CEO Susan Cunningham, wrote: “Your institution has not only demonstrated the highest levels of professionalism and best practice in its fundraising efforts, it has contributed to the betterment of educational advancement worldwide by serving as a model to which others can aspire.”

Lafayette received an Overall Improvement award based on the judges’ blind analysis of three years of fundraising data that the College submitted to Case’s Voluntary Support of Education Survey. 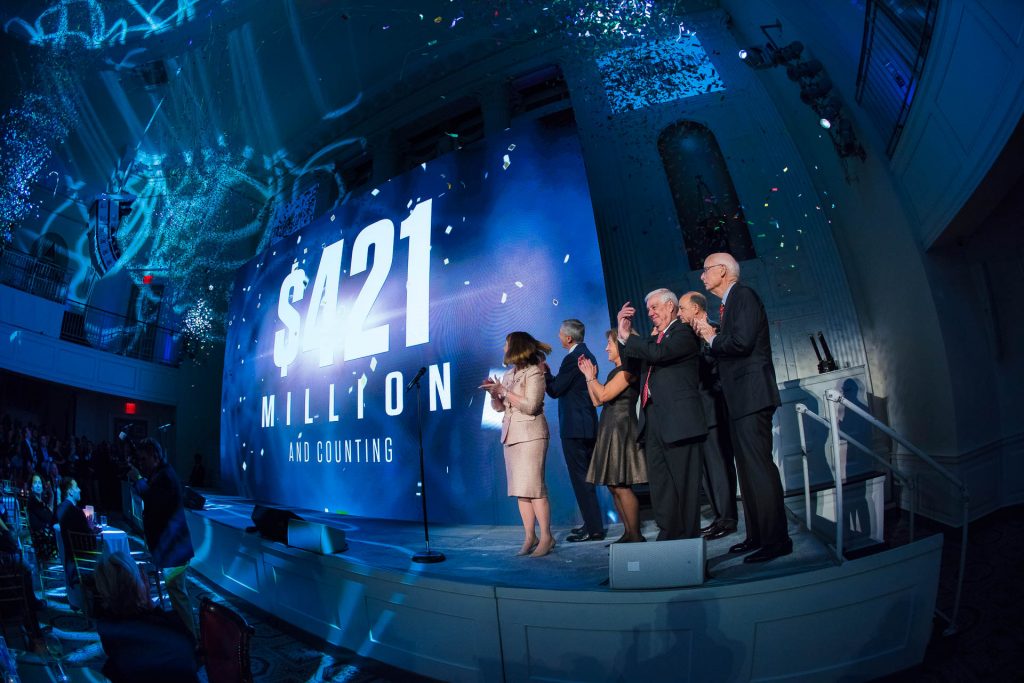 In 2016, the College launched a series of new fundraising initiatives, including a geographic team model in which Development, Alumni Relations, and Admissions collaborated in key markets to engage alumni and parents while implementing giving challenges around key campaign priorities.

As a result of those efforts, the College raised nearly $140 million in three years, says Kim Spang, vice president of Development and College Relations.

“This is a tremendous honor and a tribute to our staff and College contributors who worked so hard over the past three years to achieve measurable success,” Spang says. “Increasing support from our donors sets us on the right path for future successes as we work to elevate Lafayette College.”

The data used as basis for the award occurred during The Live Connected, Lead Change Campaign, which concluded in December 2018, surpassing the original goal and ultimately raising more than $425 million for the College.