You don’t have to sit in a Lafayette classroom to hear Joseph Shieber deliver a lecture on knowledge, the different ways we acquire it, and how that impacts what we think we know.

The associate professor of philosophy produced a 24-episode audio and video series for The Great Courses, a subscription-based service that produces online college-level courses by professors chosen for their ability to teach.

Shieber says the company was looking for someone to teach Theories of Knowledge and invited him during summer 2017 to its studios in Virginia for an audition.

“I went through multiple rounds of evaluation, including a test audio lecture that they sent that out for polling by their subscribers,” says Shieber, a recipient of Lafayette’s Thomas Roy and Lura Forrest Jones Faculty Lecture Award. “It was a lot more rigorous than student evaluations.”

The process of writing, editing, and filming two dozen lectures took almost a year, and challenged Shieber to think differently about ways of presenting information.  For The Great Courses, Shieber had to write all of his lectures in advance, a departure from his usual classroom approach of putting discussion points on a whiteboard as fodder for student exchange.

“In my classes, I try to react to the way students are reacting to me,” he says. “If it seems like they’re not understanding a concept or something, I’ll try to come at it a different way or give an example.”

With video, he says, there are no students to feed off, so he had to figure out the most effective and efficient way of explaining an idea. The Great Courses provided a dedicated editor to help hone and refine the material.

“I think the process of writing down all of the lectures gave me a sense for the optimal way of presenting an argument so not only an academic or student would understand it, but an intelligent lay-person,” Shieber says. 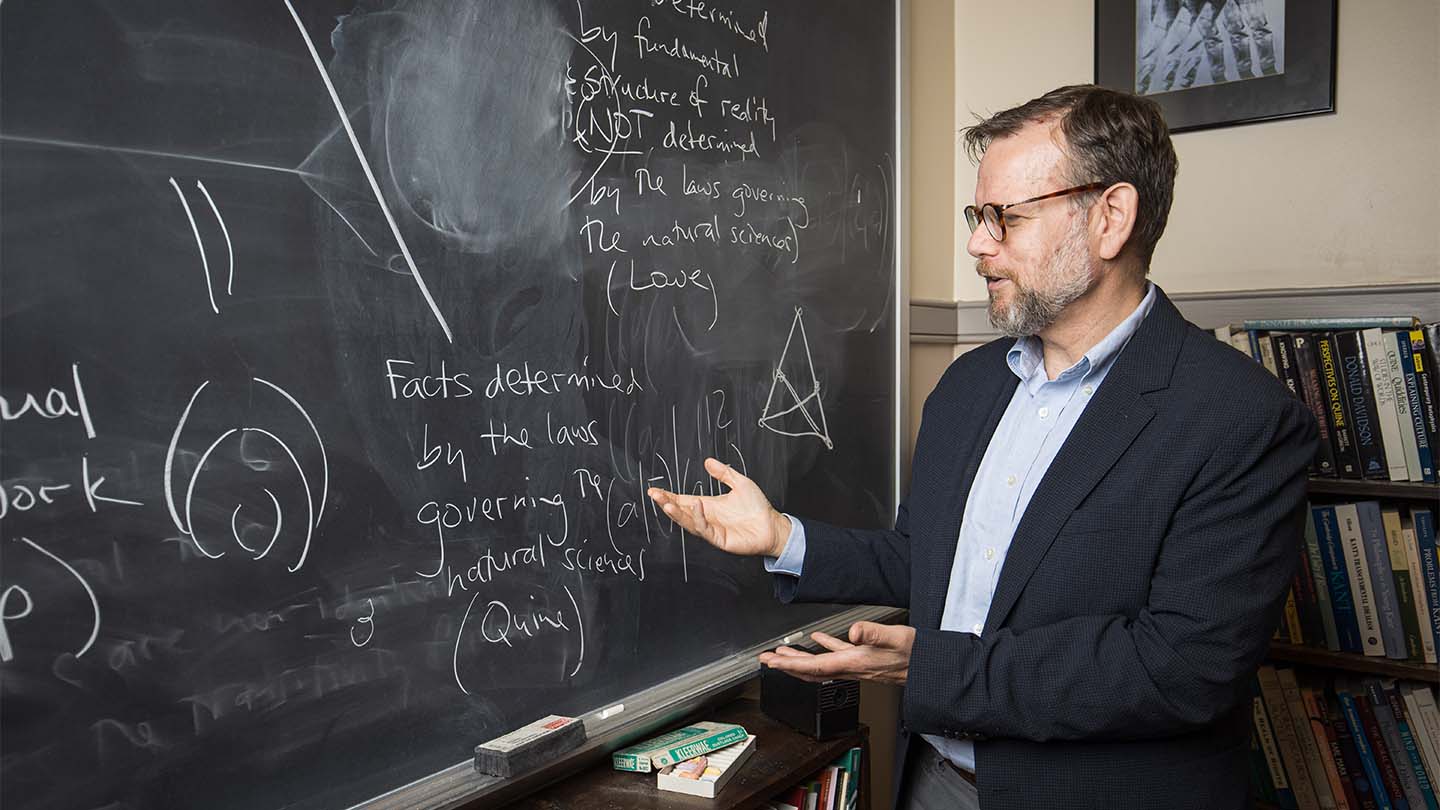 The course is divided into 24 28-minute lectures and explores 1) why defining the nature of knowledge matters in the high-tech 21st century; 2) how individual sources of knowledge from perception to memory to logical inference affect what we think we know; and 3) the expanding role of social networks in a world where information is plentiful and cheap but truth seems in short supply.

Shieber says the majority of The Great Courses subscribers are professional and college-educated people who are intellectually curious and like learning about a variety of topics.

There’s also a growing market for high school and college-age students who want to supplement the exposure they get to philosophical discussions of knowledge from other sources. In the International Baccalaureate curriculum, for example, high school students take a course dealing with theories of knowledge.

“One of my motivations for doing the course is I’ve encountered students who took Theories of Knowledge for their International Baccalaureate and wished they’d had more exposure to contemporary philosophy,” he says.

So far Shieber has received solid online reviews, with one subscriber saying that even though the course wasn’t what he expected, it still made him think. As a philosophy professor, it doesn’t get better than that.