Dripping solution off a pipette onto a piece of aluminum foil and then waiting for it to dry probably doesn’t sound like a glamorous job for many recent high school graduates, and that’s just the first part of the task.

Once dry, plastic film is scraped off and whisked onto a concave glass for scanning.

This task is the glamour of a researcher who seeks the anomaly, and Trisha Pakkala, a 2019 graduate of Phillipsburg High School, is in her glory.

Her excitement began when her physics teacher announced in class that the College was looking for a student to join a team working on a National Science Foundation (NSF) grant.

Ryan Van Horn ’04, associate professor of chemical and biomolecular engineering, who had earned the NSF grant, proposed adding a high school student to the team.

“It exposes a student to college research, furthers an interest in STEM, adds to a resume, and begins a mentorship,” says Van Horn.

It also creates competition. As Van Horn sought candidates, he turned to Art Kney, professor of civil and environmental engineering and director of Landis Center for Community Engagement.

“Art’s contacts were crucial, but his interest in making this inclusive approach more common across campus became a bigger goal,” says Van Horn.

Pakkala was one of nearly 15 candidates who applied. Her teacher conducted first-round interviews. The top three candidates then met with Van Horn and Kney.

“I had a molecular biology class at Phillipsburg and had participated in a scholars program through Rutgers, so I was excited by the prospect of working in an engineering lab,” says Pakkala. “I was still nervous at the interview.”

“All of the candidates were strong and qualified,” says Van Horn. “I felt like Trisha and I would have a great working relationship and that she fit well with the college scholars.” 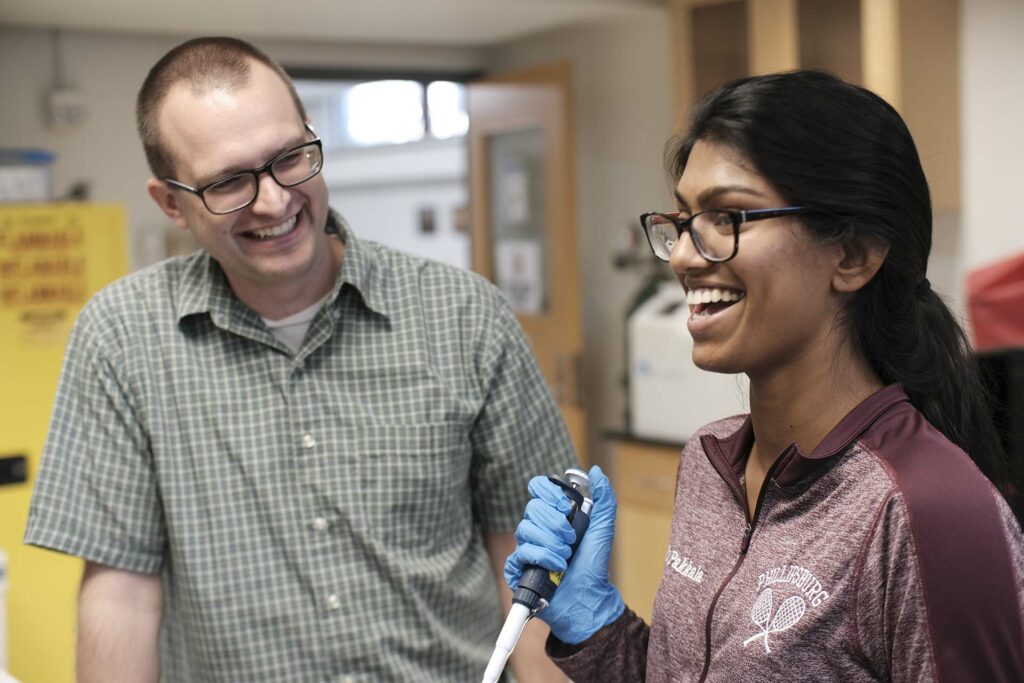 The work is focused on polymers—the structure-property relationships of plastic film for biomedical use. She is using various solvents to see how plastic might degrade differently or aid in delivering the correct dosage of a medicine.

Van Horn’s approach in the lab is hands-off.

“I want students to make mistakes and evaluate why it happened and how to improve,” he says. “They wouldn’t learn as much if I was constantly standing over their shoulders. I am never out of reach if they have questions.” 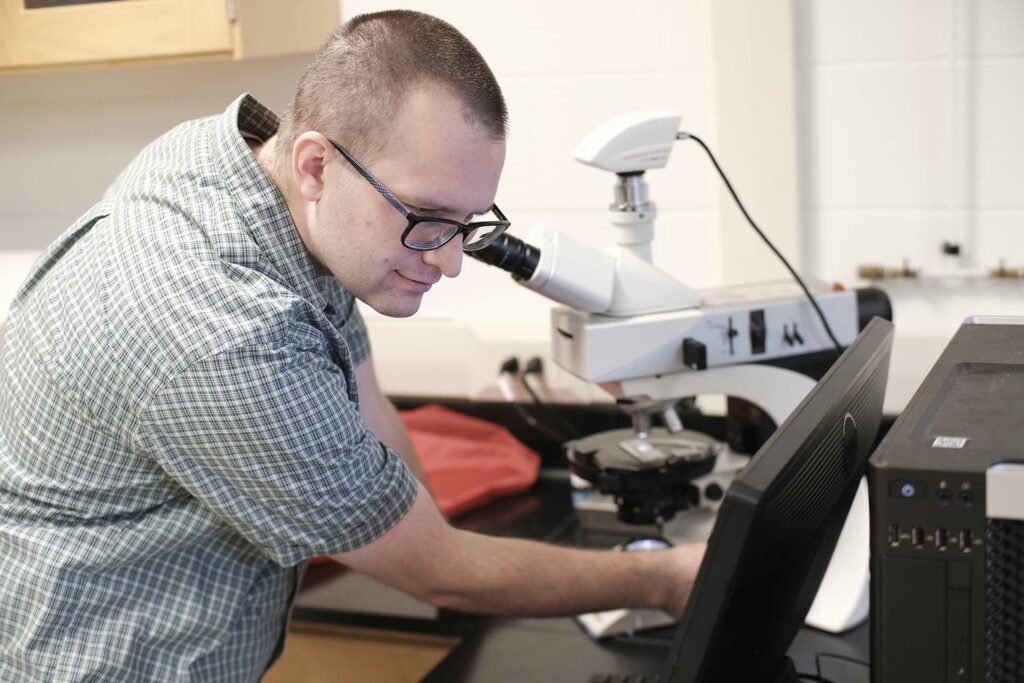 Pakkala seemed a natural fit. According to Van Horn, she picked up the work from day one and did it.

“There was a learning curve,” she adds. “Once I missed a setting, which altered the numbers, but I saw what went wrong, went back, and did it again.”

Having a team helps. Chenxi Wu ’20 and Alex Ashley ’22 complete the research group.

“They are so relatable,” she says. “I can go to them for help and ask questions. They made me comfortable on the first days as I started to read three challenging scholarly papers.”

“That’s what makes this experience so valuable,” she says. “As I improve my knowledge, conduct real research, and work toward a discovery.”

This leads her back to the lab where she begins another series by dripping solutions onto more strips of aluminum foil and basks in the glamour of research. 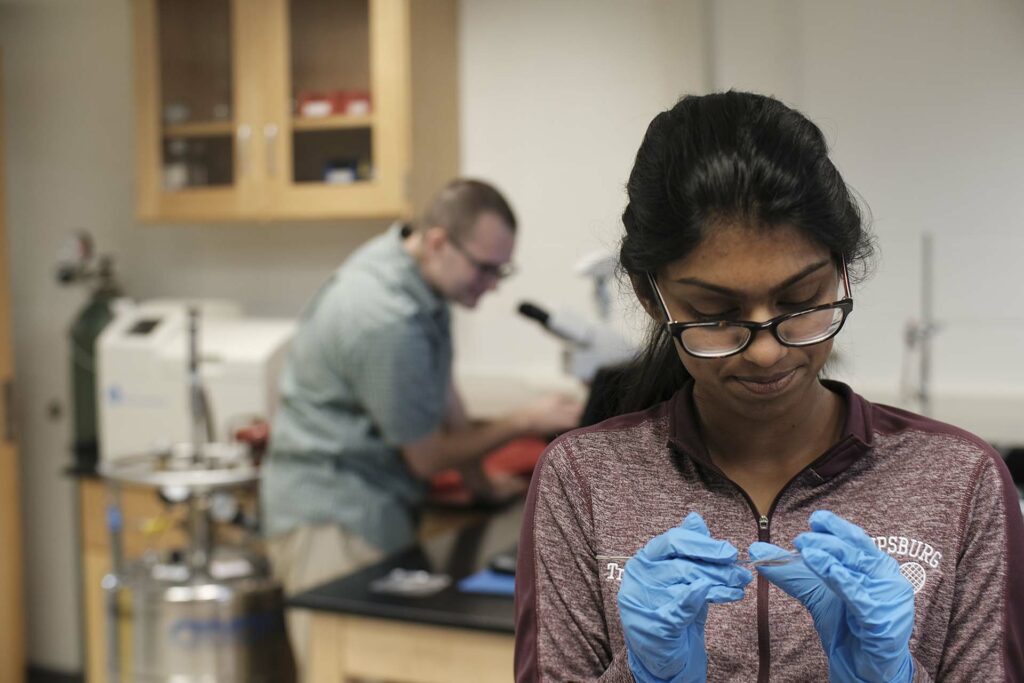