Gallemore, a geographer who teaches geographic information science, collaborated on the interdisciplinary project with biology and environmental science researchers at Northeastern Illinois University and Lincoln Park Zoo. The study was published in the journal Scientific Reports.

Their research concluded that exposure to artificial light found in Chicago altered the circadian activity patterns and behavior of animals both in a controlled lab environment as well as outside in the field. Sleeping cycles, breeding cycles, migration cycles, and feeding cycles are all influenced by the sun and moon. Artificial light can interfere, causing animals to act differently than they normally would in the absence of light, Gallemore explains. 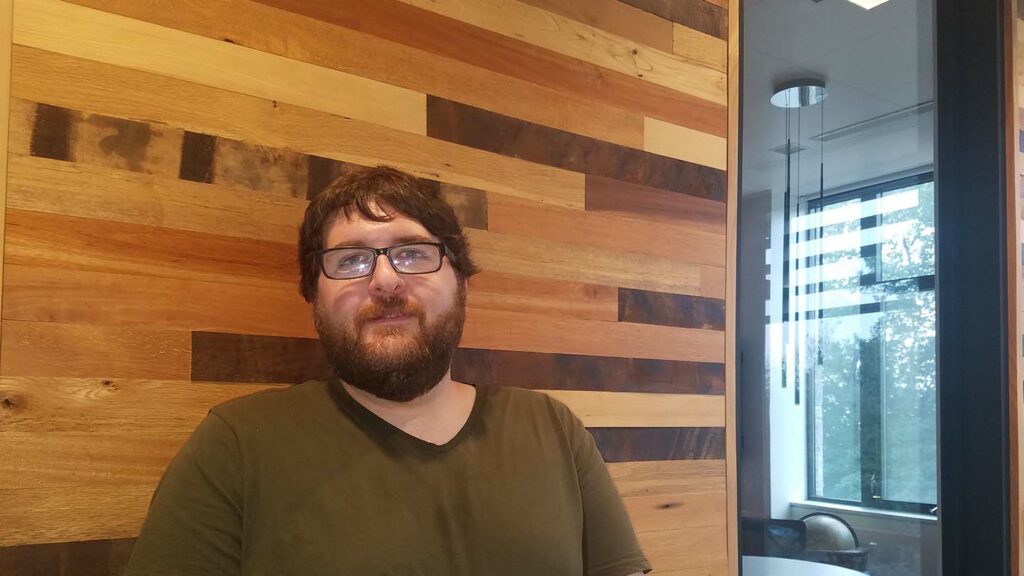 The study’s researchers concluded that light pollution should become a standard factor to consider in urban planning and development of green spaces that are intended to be habitats for animals.

“I think the biggest implication is that this should inform how we deal with urban wildlife and green-space management,” Gallemore says. “If you think about a place like Chicago, where there are urban green spaces and corridors for wildlife, the artificial light in the region can devastate the habitat you build. There are safety reasons to have parks lit, of course, but if they are all lit up like Christmas trees, does that undermine some of their value as urban habitat?”

Gallemore was involved with collecting and modeling the artificial light data. Researchers used aerial astronaut photography from the International Space Station to collect high-resolution images of the city of Chicago, which they then used to calculate ground-level light measurements.

Gallemore also took to the streets of Chicago, using a light meter to collect light data from 998 location points around the city. That information was then applied to an algorithm, which enabled researchers to study how animal behavior changed at different light levels.

The research team analyzed mice in the lab and compared that data to their observations of animals in a natural outdoor environment, including cats, raccoons, opossums, and skunks. They compiled 347,528 animal sightings using 83 cameras run by Lincoln Park Zoo around the city.

In both the lab and the field, they saw a connection between high light levels and behavioral changes.

“When there is artificial light at night, animals’ activity appeared to become compressed, meaning it peaked higher and was shorter in duration,” Gallemore says. “There is a lot of research in this area. What separates our work from other studies is we made observations in both the lab and the field.”

Gallemore’s co-researchers on the study: