For Leslie Phillips ’23, arriving at Lafayette as a first-year was a familiar return to a college that holds a special place in her family’s heart. Her great-grandfather, Walter S. Robbins, graduated in 1927, her grandfather, Frank Hughes, in 1951, and her mother, Betsy Hughes Phillips, in 1985. If that’s not enough maroon for one bloodline, her sister, Caroline Phillips ’21, is a policy studies major.

We caught up with the family’s latest Pard, her parents, and sister on Move-in Day Aug. 23 as they worked to transform her second-floor room in South Hall into a cozy home resplendent with photo collages and an ocean-themed bed featuring a whale pillow procured on vacation in Nantucket. Coincidentally, South Hall was Betsy Phillips’ first-year dorm as well.

Phillips says she was thrilled when her daughter accepted a bid to her alma mater. “Not only does my family have a nice legacy here, but Caroline also enjoys Lafayette so much,” she says, and many of her college friends now have children here as well. “Caroline went to public school, and Leslie went to private school so they’ve not been in school together since Leslie was in third grade. Now is their time.”

So what did Caroline think of her sister’s choice of colleges?

“When Leslie was going through the process of looking at colleges she was interested in Lafayette, but asked whether or not I wanted her to come. I told her to take me out of consideration. Obviously, I’d be happy to have her on campus, but I didn’t want her to feel pressured. Now that she’s here I’m so excited. It’s going to be really fun to share two years with her.”

As for Leslie, Lafayette was always her first choice, even though  University of Richmond, father Charles’ alma mater, was high on her list.

“We visited tons of schools, but it seemed like I was always comparing them to Lafayette,” says Leslie, who grew up attending Lafayette–Lehigh football games, Reunion Weekends, and Homecoming. “It’s not that I didn’t like other schools, but none of them were Lafayette.”

After putting the final touches on Leslie’s room, the family headed to Pardee Hall for a photo on a bench dedicated to Phillips’ parents, Frank ’51 and Jean Hughes. “Lafayette is really important to our family, so this is special for us,” says Leslie.

Then the sisters, wearing pastel-hued rain slickers, led the way to lunch across a campus they have always known.

Helping her son Ryan Papka ’23 organize his room in Gates Hall with items purchased from a recent Bed Bath & Beyond run, Michelle Papka ’90 recalls the day she learned of his admittance to Lafayette.

“I was at work, and he called and said, ‘Guess who got into your alma mater?’ I screamed in my office,” says Papka, director and founder of The Cognitive and Research Center in New Jersey. “Everyone was like, ‘Are you all right?’” 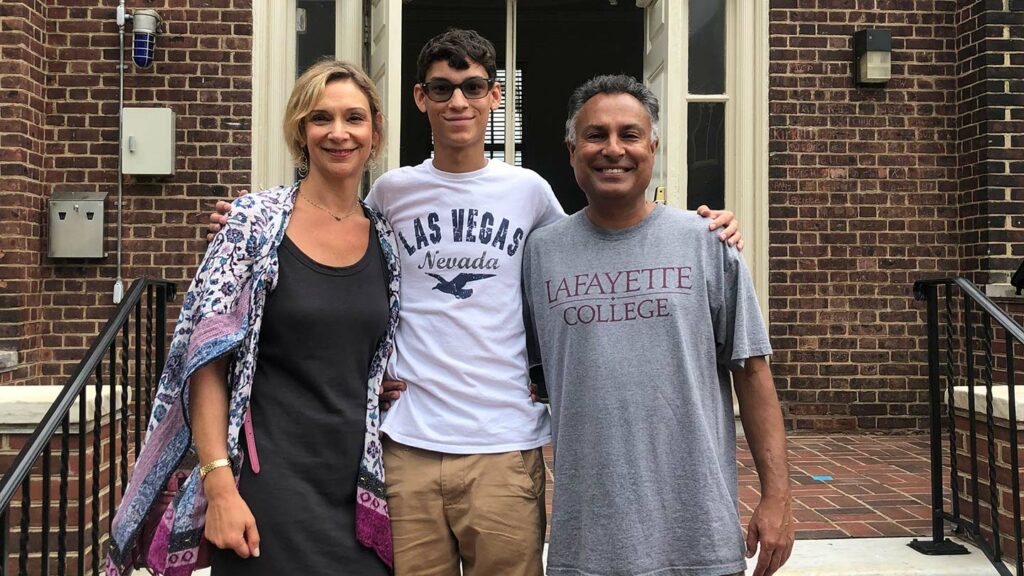 “My mom loves Lafayette,” Ryan says. “She thinks it offers an all-around great education. She made a lot of friends here and had great professors.”

But that’s not why he selected the College. “It’s the best school I got into,” says Ryan, who plans to major in engineering.  “I don’t know that it was really about my mom, but I’m glad to be here.”

Sean Bluni ’90 resided as a first-year in Ruef Hall as now does  his son, Chris ’23, who is following in both his parents’ academic legacy when it comes to pursuing an engineering degree. Chris’ mother, Susan Lee Bluni ’90, works as an engineer at a Princeton, N.J., firm, and Sean is CEO of Hardesty & Hanover, a moveable bridge design firm.

“I wanted a small college that offered a good engineering program,” says Chris, noting that neither his parents’ affiliation with the College nor that of uncle Scott Bluni ’89 had any bearing on his decision to attend Lafayette.

But that doesn’t mean his parents aren’t pleased about his choice. 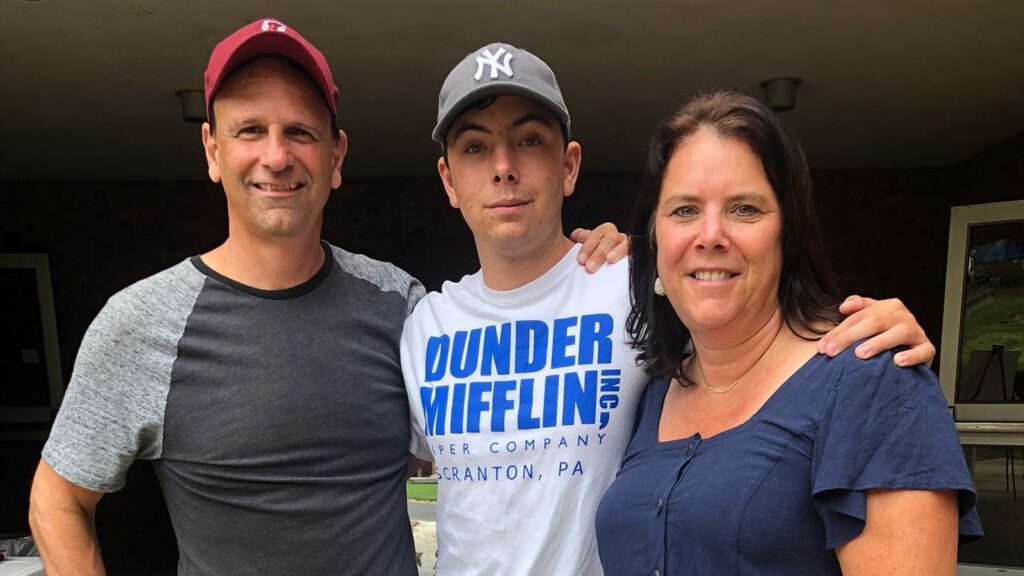 “It’s very exciting,” says Susan Bluni, who was resting on a curb outside Ruef after helping haul her son’s suitcases into his room. “But we tried not to push this. We showed him a lot of different schools and let him make his own decision, but when he said what he wanted in a college, we both kind of knew Lafayette would be a good fit.”

Institutional criteria aside, Move-in Day 2019 was a much different experience for the Blunis from when they headed to campus in the late 1980s.

“Back then we just packed up the car and went,” says Sean. “Now there’s a ton more communication between the school and student. But then again, there was no email or internet.”