Working under challenging conditions in a nation still recovering from the devastating 2014-16 Ebola outbreak, Rex Ahene spent his summer finalizing the primary policy on land and natural resources in Sierra Leone.

“Land and land-based natural resources are the fundamental resource for every country,” says Ahene, professor of economics, whose interests revolve around economic development, urban economics and public policy, real estate, and international business.

A national land policy expresses the aspirations of a nation on management of land resources. 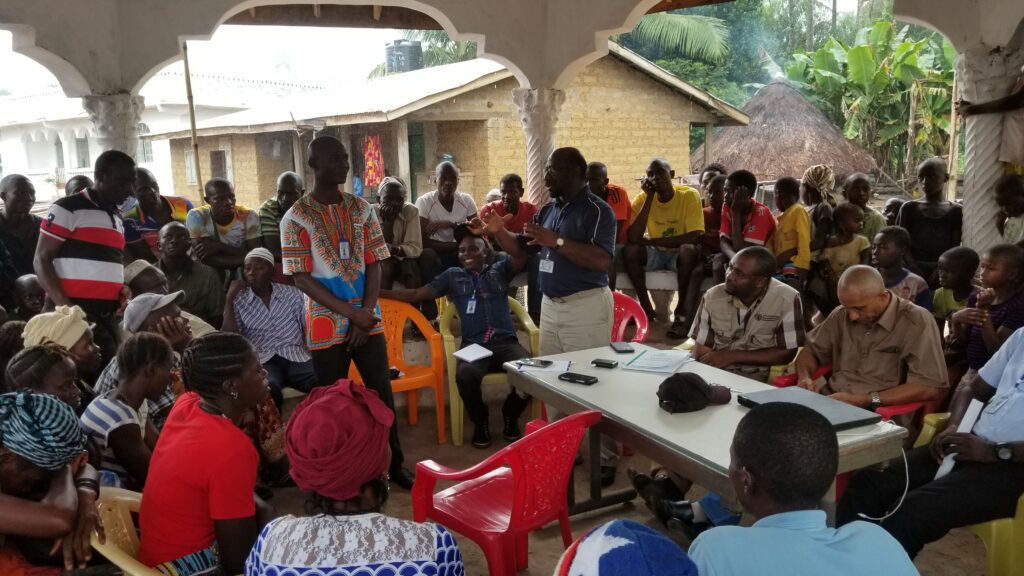 “The land policy formulation process is a way to bring the principles of participatory democracy and public policy decisions to developing countries where democracy is still a new phenomenon,” Ahene says. “The principles of responsible governance of land resources that affects people’s livelihood were embedded in this document as a guideline for making policy decisions that are inclusive, not only to alleviate poverty but also for food security.”

Ahene’s work was based on the framework provided by the Voluntary Guidelines on the Responsible Governance of Tenure of Land, Fisheries and Forestry (VGGT). Backed by the Food and Agriculture Organization of the United Nations, the VGGT aims to safeguard tenure rights, ensure equal access to land, and protect the rights of every citizen from any kind of discrimination in accessing land and other resources.

In Sierra Leone, his work was complicated not only by the devastation caused by Ebola but also by the insidious combination of civil war and corruption tied to a nation rich in natural resources and the lack of security when it comes to property rights.

“When a country is blessed with an unusually rich endowment of natural resources—some of the best tropical hardwoods in the world, diamonds, iron ore, rich agricultural soils, and natural rubber—the opportunities for corruption are pervasive, even now,” Ahene says. “For a country recovering from 12 years of civil war, you have a combination of weak political and economic governance in general, weak property rights, and limited capacity to enforce the rule of law.”

“I was invited to Sierra Leone six years after the end of a civil war that wiped out most of the working-age population and destroyed all the basic institutions,” he says. “So there was a need for rebuilding basic institutions of governance and to reestablish the economy and social life. In addition, the civil war exposed widespread abuses and a need for comprehensive documentation of property rights throughout the country.”

The policy Ahene helped to develop was adopted as law in 2017 and is beginning to be enforced. Some of his ongoing work involves providing the rationale for rewriting new laws and “repudiating existing laws that are repugnant and inhumane.”

His work went beyond policy formulation to actual practical implementation. 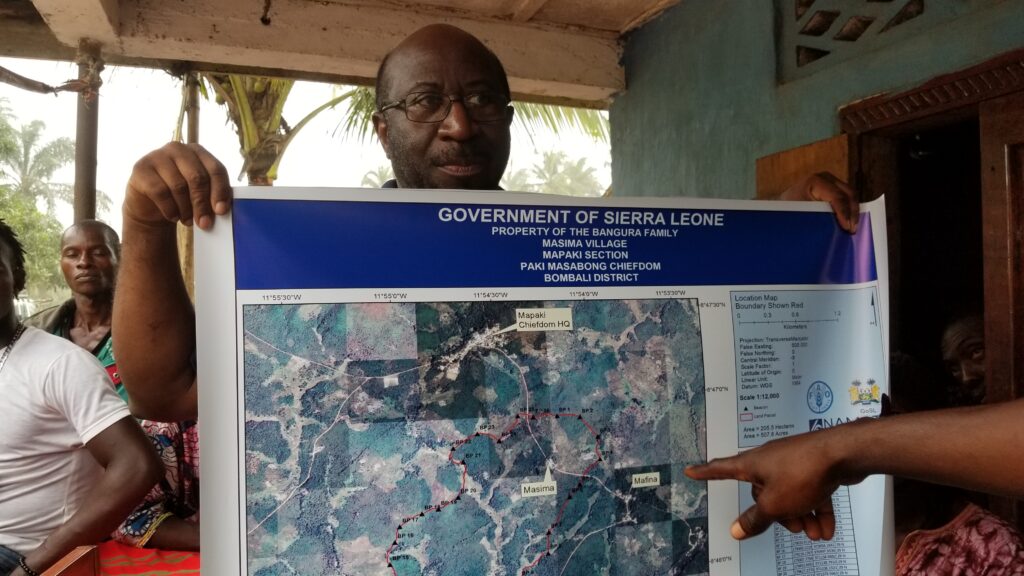 As a result of Ahene’s work, families received their own cadastral maps showing the actual size of their property.

Through his technical support, Ahene designed and supervised a pilot land rights formalization project, which, for the first time in Sierra Leone, allowed more than 11,400 right holders in 60 families to receive their own cadastral maps showing the actual size of their property. The project also harmonized boundaries in four districts of Sierra Leone, says Samuel B. Mabikke, land tenure officer and head of the Natural Resources Unit of the Food and Agriculture Organization of the United Nations.

“Rex was very instrumental in the development of the national land policy,” Mabikke says. “Sierra Leone now has one of the most comprehensive land policies in the world, in line with globally agreed principles and practices for ensuring tenure security and property rights.”

He also took on the additional challenge of protecting the land rights of women.

Two-thirds of Sierra Leone’s population is involved in subsistence agriculture. Farmers, most of them women, operate in an informal and precarious system without any legal titles to their land. Women hold an important role in natural resource management and food production. Yet, despite their vital contribution, they often face customary traditions and statutory laws that favor men and denial of land access, control, or ownership.

“The rights of women were not respected because customs were so patrilineal and so dominantly male,” Ahene says. “Women were supposed to be in the background without a voice. We had to reassess property rights nationally and to recognize the dignity of every human being. Gender equality is an important part of that. Now, women’s land and property rights are guaranteed by the new policy and in law; making sure there is hope for rural women and a brighter future without fear of eviction from their land.”

To strengthen customary land rights for women, Ahene designed training manuals on gender and land rights. Together with United Nations staff, he trained more than 50 women leaders in the principles of land rights. “In return, the trainees trained over 500 women to better understand their land rights and advocate against discriminatory customary practices that hinder women’s land rights,” Mabikke says.

“Having Rex on board has been a great opportunity for Sierra Leone,” he adds. “His enormous experience and professional ethics were always admired among people.”

Ahene says the work has been rewarding. “But to do so under the difficult Ebola era and see the success that the policy has garnered for the country and throughout the world today is very satisfying.”

“It’s changing lives for millions of people,” he says. “And bringing order and strengthening the principles of democratic governance. All I am doing is laying the foundation for property to be recognized and respected. If you don’t have property rights defined properly, you cannot encourage an efficient market economy system and one of the fundamental requirements for democracy to work.”