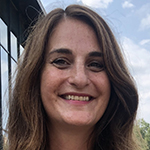 What I’m focused on

I have two projects; the flashier one is adapting one of my books to film. It’s a super collaborative process. I’m working on the screenplay, I’m an executive producer, and I’m working with the director. It’s really fun and exciting. I’m also working on a novel, which is a bit different. When you’re working on a novel you’re by yourself at home and researching and putting in all these solo hours. It’s nice to have both these projects as a balance. I love to teach all different kinds of genres and I think we’re in an era in literature where fiction, poetry, and creative nonfiction are all touching in different ways. I’m really excited to apply that in the classroom. I’m also excited to work collaboratively with other faculty and within the genres.

What you can expect of me

As a professor, I’m very open and curious as I hope students are. My door is always open. I want feedback, and I want to offer feedback, so I see our work together as a collaboration. I want to continue that collaboration through the semester and hopefully beyond. I have a lot of relationships with my students from long ago, and I cherish those relationships.

My novel takes place on an island in Greece where I have spent a good deal of time and it deals with the austerity measures and crisis in Greece. It’s also very much about nationalism and its dangers and fallout from WWII. That is all bifurcated by something that’s going on with a character in Pennsylvania who recently left New York.

What I’m hopeful about

My new colleagues and the ones I came in with last year as a visiting professor are an interesting and vibrant group of people, so it gives me hope for the future of Lafayette. Similarly, the students I taught last year were so hopeful even in a world where hope is a hard word to have in many ways. My colleagues, this new teaching cohort, and the new students coming in make everything feel like a new start. 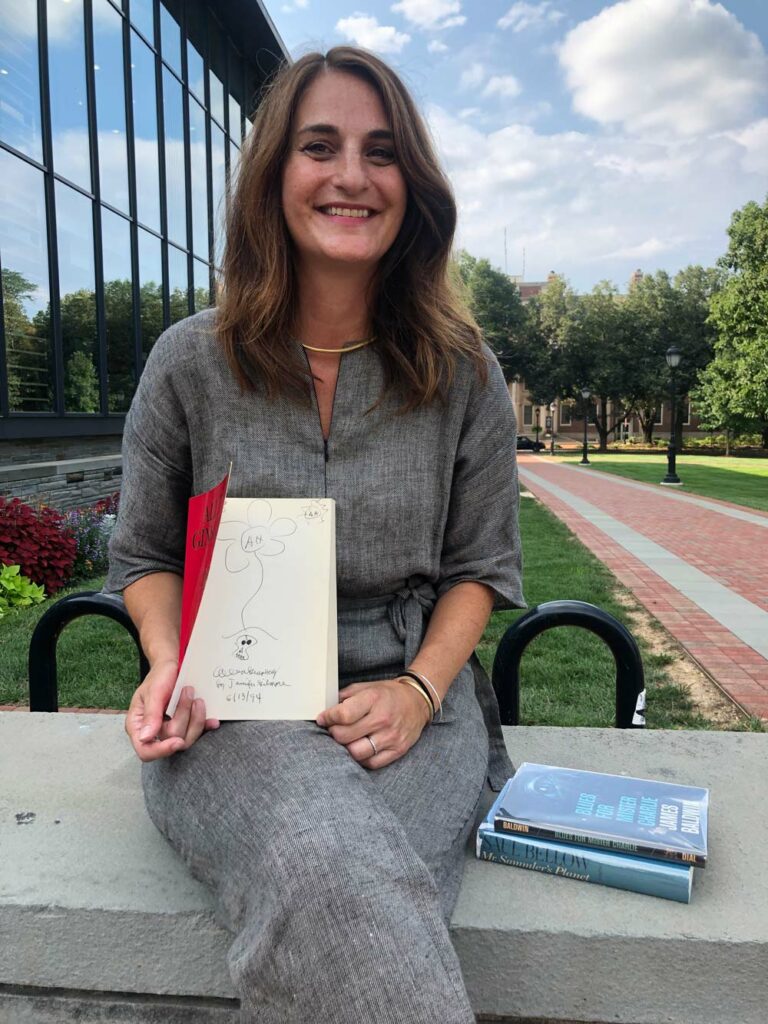 I started collecting first editions in contemporary fiction when I was 21 years old and moved to Seattle where I produced my own radio show called Talking Fiction. There weren’t many folks interviewing writers there at that time, so I got to talk to all these amazing writers who came through on their book tours. The first person I ever interviewed was, drum roll, Alan Ginsberg. I had so much trepidation about interviewing him because I was really into the Beats at that time and knew so much about his life. I was anxious about how he would treat me, this just-out-of-college radio host and he was so respectful and lovely. His publicist kept rushing him off, but he stayed and made a Buddhist drawing in my book, and it means a great deal to me. As I started collecting contemporary fiction, I became interested in Jewish American fiction in particular. The first novels I wrote were very much about the Jewish American experience. I also teach Jewish American literature, and I was reading a lot of it at the time and began collecting books like Saul Bellow’s Mr. Sammler’s Planet. Then I branched out even more and started collecting the authors I loved including Blues for Mr. Charlie by James Baldwin. The first edition collection stopped after a couple of years in New York because I had no more room and no more money, but these books mean a lot to me. They tell an important story of my literary life.