“When I was a student, the Quad resembled a sports field with lines painted on it for football games and to help the marching band practice,” recalls Roth, Simon Cameron Long Professor of Civil Engineering. “And while I hadn’t given the Quad much thought after returning to teach at the College in 1991, I was beginning to realize that the Quad might have the potential to help support the intellectual community of the campus.”

Serving as an American Council on Education fellow during 2006-07, Roth had the opportunity to tour liberal arts colleges in the northeastern U.S., many of which had Adirondack chairs, iconic symbols of relaxation with their origins in the Adirondack Mountains of New York, positioned across their campuses and serving as an invitation for students and faculty to use those spaces to read, converse, and relax.

“So two years later, I was in a car driving through upstate New York with (then president) Dan Weiss,” says Roth, “and I asked him for a favor—I wanted funds to purchase Adirondack chairs for the Quad. I argued that chairs would allow the members of our community to use the Quad in new ways and that it could become a more dynamic space supporting the College’s mission more broadly.”

Weiss agreed to the idea. With funding in place, Roth purchased, at $100 apiece, 12 Adirondack chairs, “to see what would happen,” and in 2009 they arrived at Lafayette. The first order came from Amish woodworkers in Lancaster County, delivered on an open trailer to the front of Markle Hall. Roth met the drivers and rode with them around the Quad, dropping off the chairs in small groups. 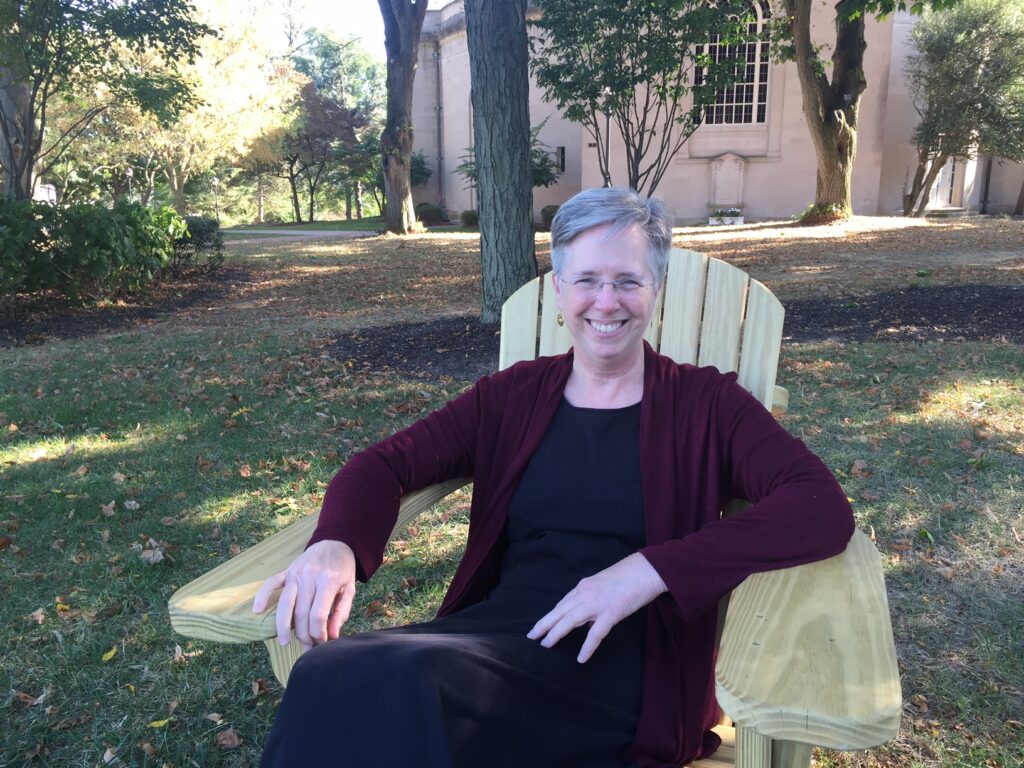 Thus began what has become a signature Lafayette tradition for students, faculty, and staff who seek a quiet place to study, gather in groups for discussions, or simply to relax in the sturdy wooden chairs scattered across the Quad and other areas of campus.

Facilities operations department staff had concerns that Adirondack chairs didn’t meet the existing guidelines for campus outdoor furniture and that the chairs would create problems during mowing and other maintenance of the Quad. There were also fears that the chairs would be stolen, vandalized, or thrown over the side of the hill. Suggestions even surfaced about having each chair chained in place.

“Why should they be in fixed locations?” Roth remembers asking. “The whole point was to arrange the chairs however you want.”

There was some early mischief. Adirondack chairs turned up on March Field, and one allegedly found its way into an elevator in Pardee Hall.

“The next year I asked Dan for another dozen,” Roth says, adding that in following years chairs were bought for the Quad as gifts to the College, and the economics department purchased a set of its own to place under the trees outside William E. Simon Center. 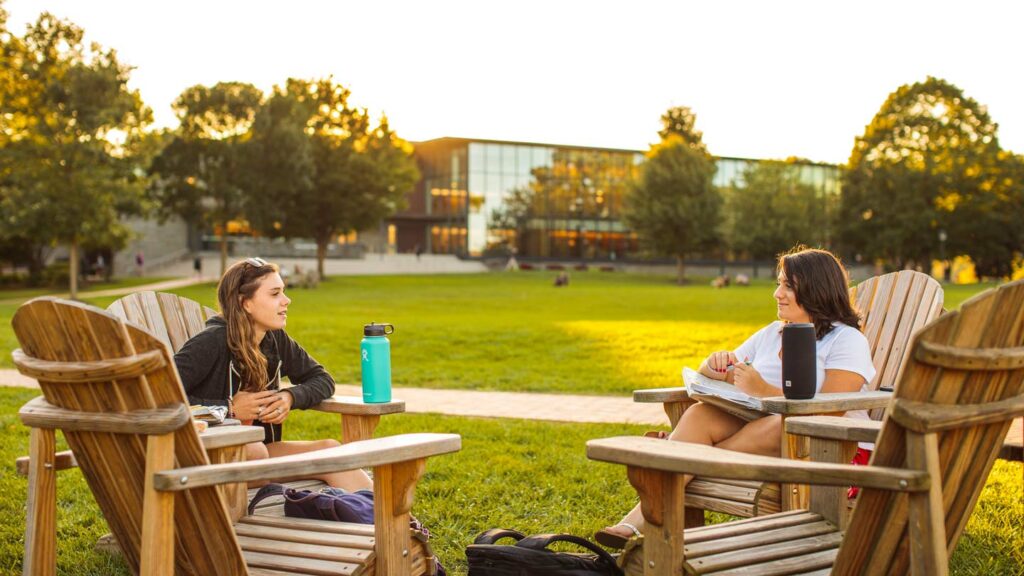 Unflaggingly popular now in all corners of campus, Adirondack chairs, albeit in a more modern design, can be enjoyed on the plaza at Rockwell Integrated Sciences Center, which carries on the tradition.

“I enjoy walking on the Quad and looking to see how they are arranged. Someone last spring was clearly having fun with the arrangements. One day they were all lined up in straight, evenly spaced rows, and the next day, I saw the chairs arranged in a perfect circle,” Roth says.

“Almost every photo on a recent Lafayette calendar had an Adirondack chair. I think my work is done.”