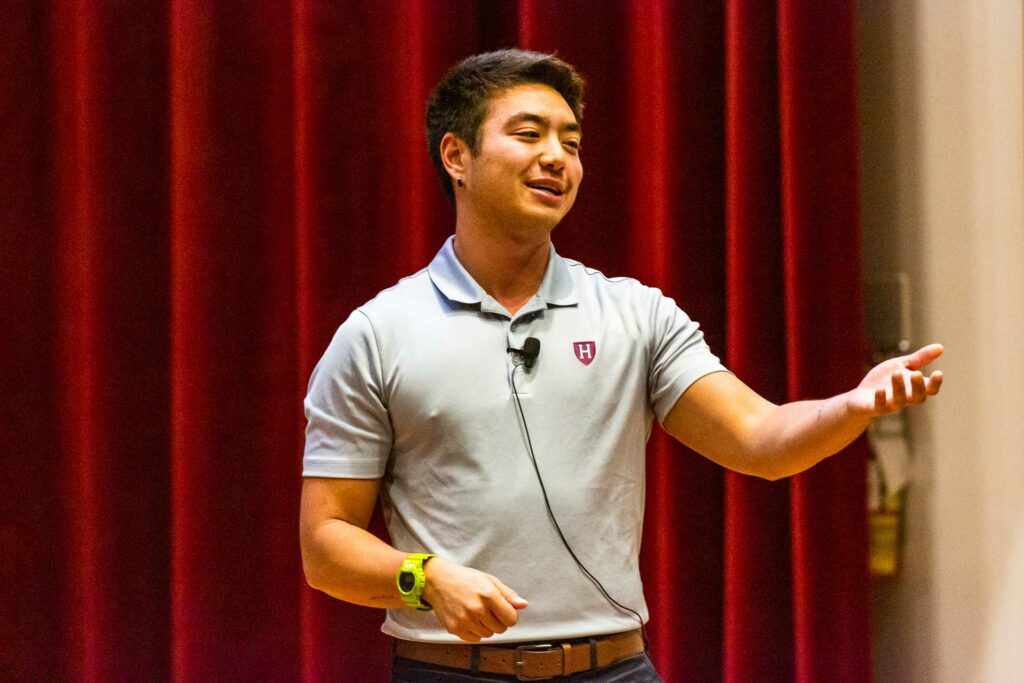 Students who take a gap year between high school and college often credit the experience with providing a broader perspective on the world, valuable work experience, and a newfound maturity that helps them get the most out of college.

But no one has had a gap year quite like four-year Harvard swimmer Schuyler Bailar’s. Bailar recounted his year of discovery for a Colton Chapel audience Oct. 8 as part of LGBT Month programming.

At the urging of a therapist treating him for an eating disorder and depression, Bailar took a gap year after high school graduation and before enrolling at Harvard University, to enter an intensive residential counseling program that took him away from everything familiar: no family, no friends, no routines. 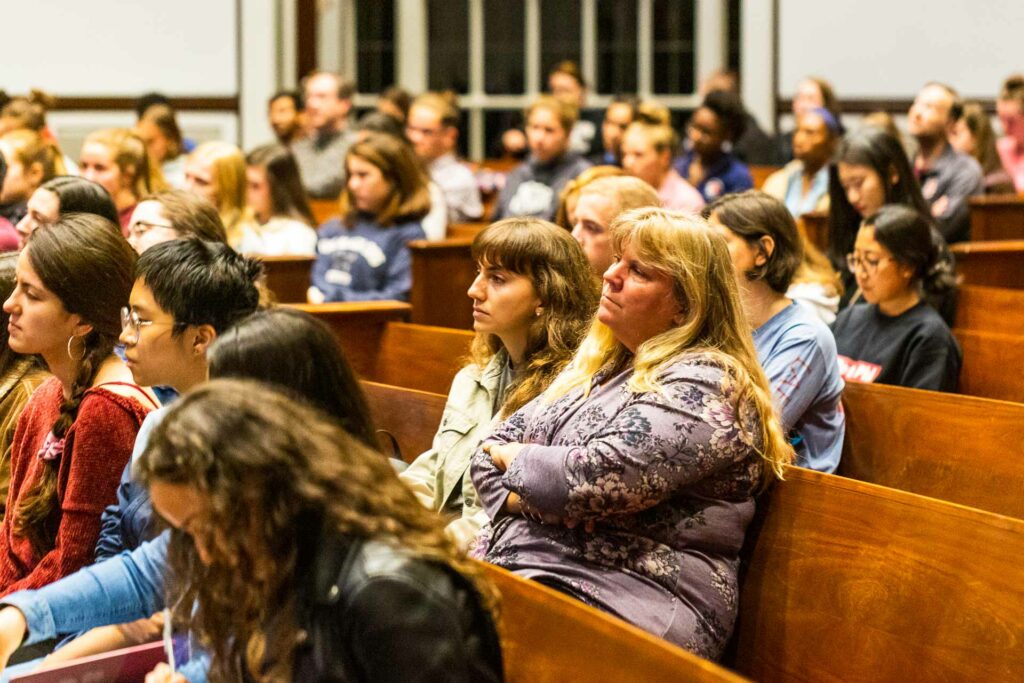 Those 20-plus hours per week he spent swimming were now devoted to self-understanding. It was only then, Bailar says, that “I figured out and could say for the first time that I was transgender.” By the next fall, Bailar was swimming again. But this time for the Harvard men’s team, not the women’s team, as the first transgender man to compete as a man in any NCAA Division I sport.

At his first college meet, Bailar was “freaking out,” he told the audience of Lafayette students. “Then the national anthem begins and I think, ‘Wait, this is the same thing I’ve been doing since I was 4.’” Per his pre-meet anthem ritual, Bailar raised his right hand to his heart and went to tuck his thumb inside the shoulder strap of his one-piece women’s bathing suit … then remembered he was wearing a men’s Speedo.

“In that very moment, it was all the same, and it was all different.” The lesson for his audience? “Your identity does not have to rob you of your passion.” 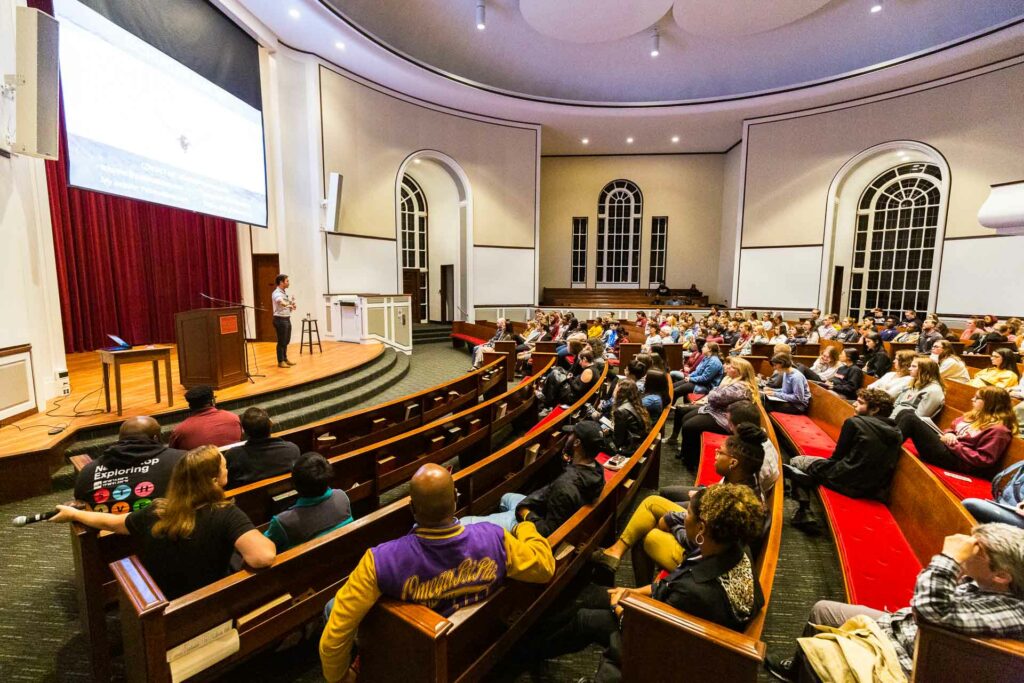 Bailar’s story has been featured in national news articles, swimming magazines, and MTV’s 2015’s Best Moments for the Trans Community. His Lafayette visit came in the fifth week of a six-week cross-country campus tour to encourage students to be true to themselves. The 2019 Harvard graduate lives in Seattle, Wash., where he teaches emotional intelligence skills to employees at a financial services company.

Bailar acknowledged that his path, while difficult, was easier than most. His family “responded with immense love but not always understanding.” His “conservative, Catholic, Korean grandmother” listened to Bailar read aloud a coming-out letter to her, on which he labored for months, before responding, “I knew that.” The coaches and athletes on Harvard’s women’s and men’s swim teams were supportive and welcoming. 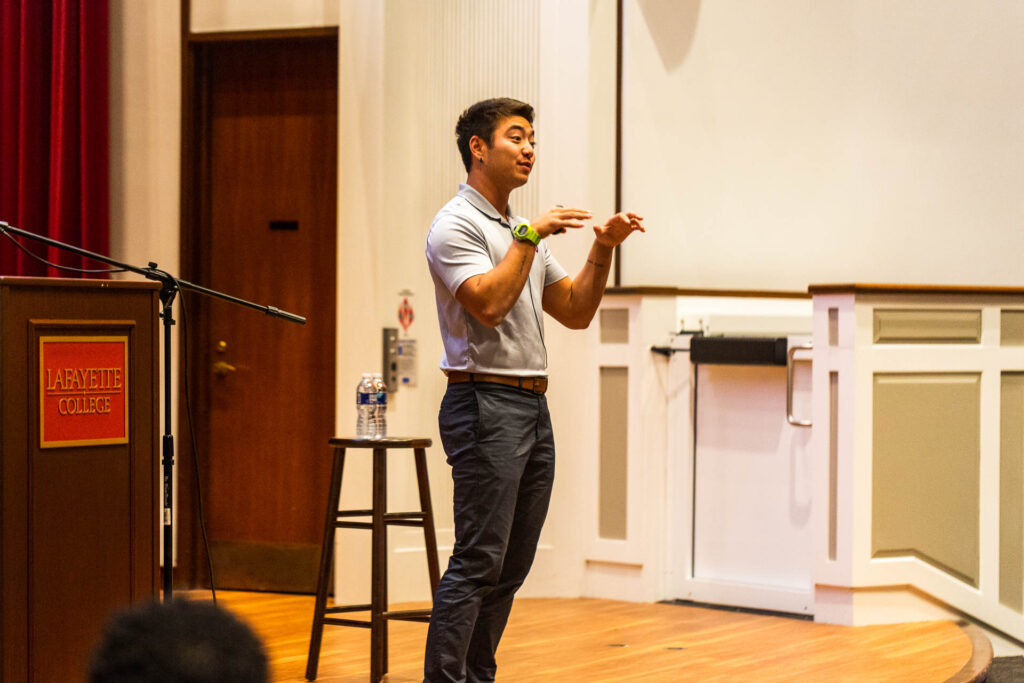 “I asked every male team member, ‘Would you be OK with this?’ Without fail, they asked, ‘Are you going to keep up in practice? Are you going to work hard in school? If so, then yeah, sure.’”

The hardest times were during middle school when Bailar presented as a girl and classmates bullied him for being too boyish and kicked him out of women’s restrooms. By high school, “I was setting swimming records and being recruited by Ivy League schools, but most of the time I was miserable, sad, lost, disconnected.” The source of that pain remained hidden until the gap year. 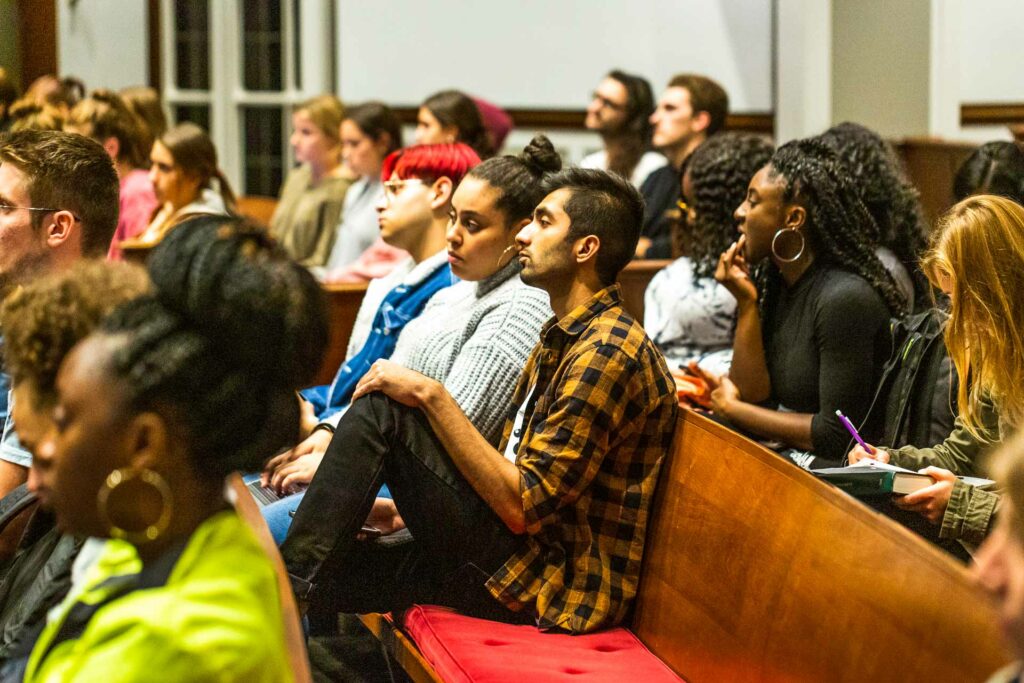