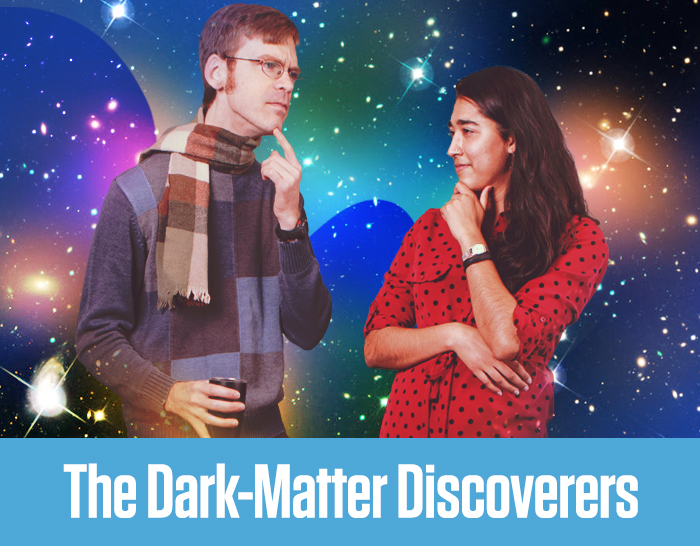 At the start of her college career, Desai intended to major in mathematics. She found her intro to physics class so fascinating, it spurred her to pursue a dual degree in both fields. Although she hadn’t yet had a class with Thomas, in fall 2017, she stopped by his office to ask about research opportunities. Thomas embraced the idea. It didn’t matter that Desai was early in her physics studies or that she was about to study abroad in Madrid. He scheduled weekly Skype sessions while she was away so he could prepare her for the work she’d undertake back on campus.

Thomas’ primary research areas are theoretical particle physics and cosmology with a focus on dark matter. His work has been recognized by the National Science Foundation; in 2017, he received a three-year $120,000 research grant, which supports all aspects of his research, including student researchers. Desai’s mathematical background and interest in learning more about coding benefited the project. Their collaboration resulted in the release of a paper, “Constraining Dark-Matter Ensembles with Supernova Data.” The paper analyzed data astronomers have collected to determine which theories of dark matter can be ruled out with the goal of developing a better understanding of the rates at which different kinds of dark-matter particles might decay. Desai presented their findings at the Conference for Undergraduate Women in Physics in January and at an international particle-theory conference in Pittsburgh in May. “It was intimidating, but I realized that I was the expert on my topic, and people wanted to learn from me,” Desai says. “The experience boosted my confidence.”

Desai plans to pursue a graduate degree in physics, possibly astrophysics, after taking a gap year to teach. That inspiration came from her summer job: Desai worked for NASA, teaching STEM to children enrolled in its summer camp. “I’ve been so lucky to have good science teachers, and I understand the importance of having those influences,” she says. “A parent told me that her son said, ‘I had no idea science could be this fun!’ I like feeling that I made an impact.”