More than 550 alumni, parents, and friends of Lafayette converged in New York City last week to celebrate the holidays at 583 Park Avenue for the fifth annual holiday party. President Alison Byerly kicked off the celebration by thanking the crowd for its support of the College and acknowledging some of the many milestones of the past year including a win over Lehigh in the 155th Rivalry game, which received an ovation from the crowd.

This was indeed a momentous year at the College. Of the many highlights, Rockwell Integrated Sciences Center opened in the fall, which is now proving to be a favorite spot on campus for students to meet to study in between classes or grab a bite to eat. In addition, the College added a B.S. degree in interdisciplinary engineering and a minor in data science. On the athletic front, the College is continuing its efforts in conjunction with the five-year athletic strategic plan, Creating a Championship Culture. Three fall teams reached championship play, and the College moved up to sixth place from 10th in Patriot League Presidents’ Cup fall standings. Lafayette also boasts four Patriot League players of the year, one coach of the year, and is now ranked seventh in NCAA graduation success rate.

Among the many alumni in attendance was Stephen Konya ’96, who had heard many positive things about the annual holiday party, including it being described as a “do not miss event,” so he traveled 200 miles to attend. 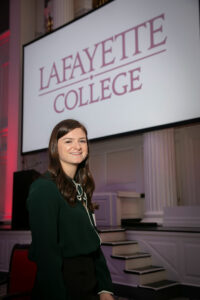 “[The Office of] Alumni Relations works so hard behind the scenes throughout the year for events such as Reunion and Homecoming that I knew this would be equally wonderful,” he said. “It was terrific to catch up with fellow alumni from the ’90s and celebrate the holidays.”

For Alexandra Eglow ’17, the holiday party was an opportunity to stay connected since alumni played an integral part in her time at Lafayette.

“The various class speakers, mentors, and externship hosts helped me find what I was passionate about and continue to do so today,” she explained. “As an alumna, I feel it is now my responsibility to pay it forward and do all that I can to help current students. Since graduating from Lafayette, I have been able to see the direct impact it has had on creating success in my career. The small class sizes encouraged participation, which showed me the importance of asking meaningful questions, gave me strong presentation skills, and taught me how to collaborate well with others.”

A theme that resonated throughout the evening with alumni was acknowledgement of the positive impact of faculty. For Michael Weisburger ’82 and wife Jenny ’82, the holiday party has become a special evening and a time to thank professors who impacted them during their time as undergraduates.

“When I realized that Dr. [Ilan] Peleg [Dana Professor of Government and Law] was going to be at the party, I chuckled to myself. The fact that he was my adviser while I was a student and is still enriching students today really makes me happy. Dr. Peleg has an engaging style and still gets excited when you ask him about current issues facing our world. It is just one of the reasons, including lifelong friendships, that keeps me connected.” 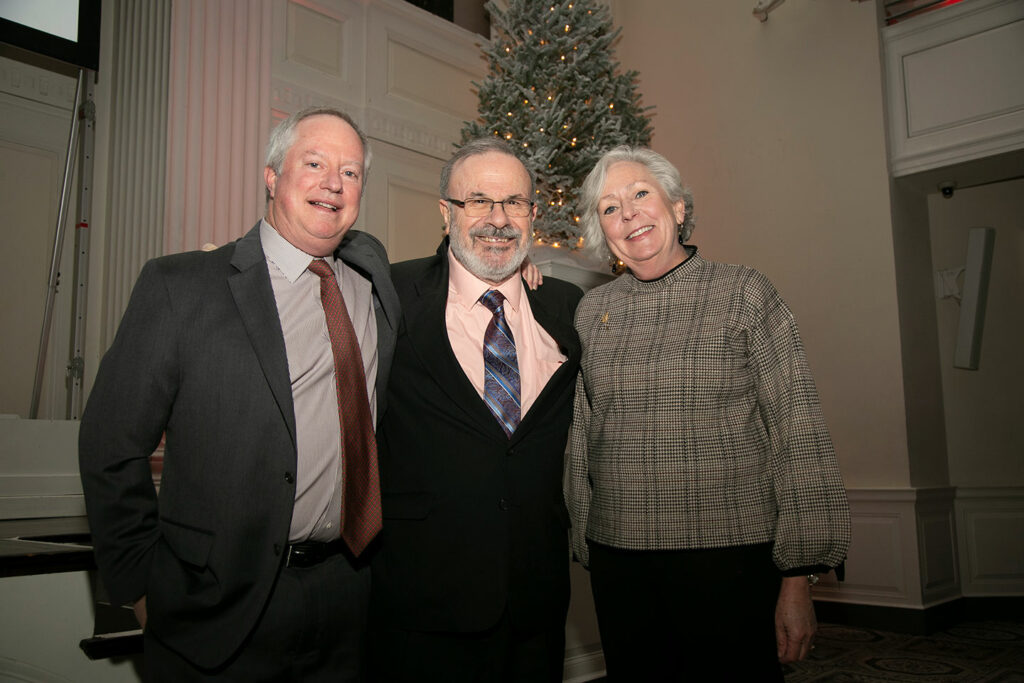 Michael Weisburger ’82 (L-R), Prof. Ilan Peleg, and Jenny Weisburger ’82 at the fifth annual NYC holiday party. Jenny recalls playing the cello as a student and sitting next to Peleg as he played the viola in the orchestra.

The evening concluded with closing remarks from Jonathan Ellis ’98, president of the Alumni Association. Recently retired Jones Professor of History and Jewish Chaplain Robert Weiner led the crowd in a group rendition of the alma mater. 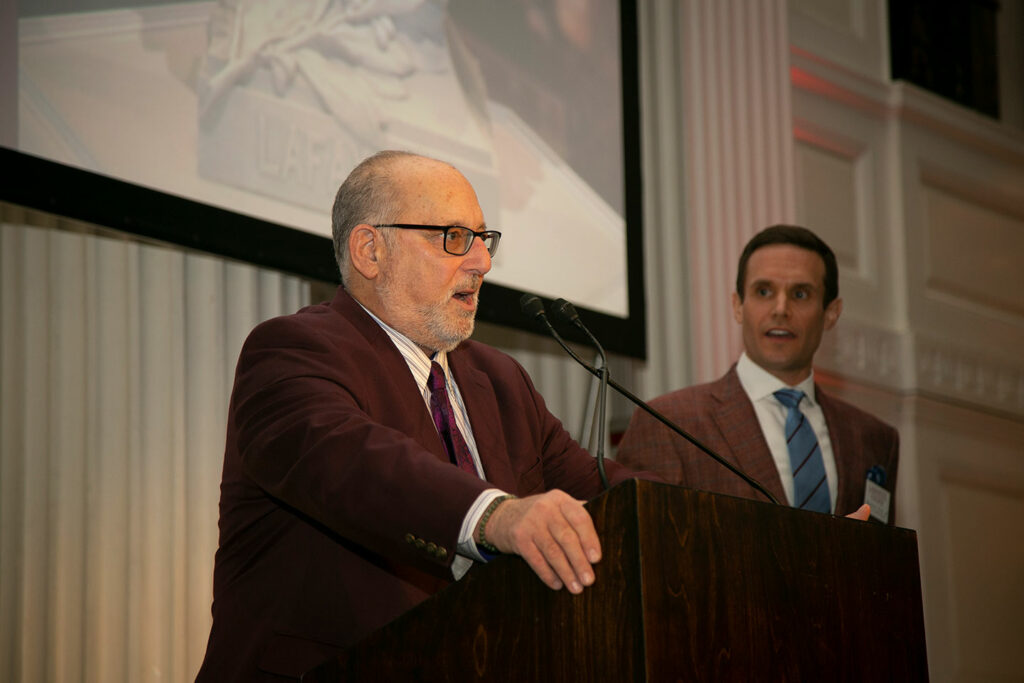 Bob Weiner, retired Jones Professor of History and Jewish chaplain, leads the singing of the alma mater at the conclusion of the NYC holiday party.

View additional photos from the evening.

Categorized in: Alumni, Faculty and Staff, News and Features