A feature story published in The Philadelphia Inquirer celebrates Lafayette’s The President’s Challenge and highlights the great lengths President Alison Byerly goes to each year in order to raise money for student financial aid.

In the three years of the challenge, Byerly has cannonballed into a pool, performed a lip sync of a Hamilton rap, and faced off against Los Angeles Angels manager Joe Maddon ’76. Byerly’s annual challenges are filmed and shared with the Lafayette community as a lead-up to a day of giving on March 9, the day Lafayette was founded. The initiative has drawn nearly $3.6 million over the last three years.

For the 2020 campaign, Byerly, Bob Sell ’84, chair of the Board of Trustees, and several faculty and staff members filmed “Lafayette Squares,” the College’s take on the Hollywood Squares game show. A reporter from The Philadelphia Inquirer attended the filming to see the challenge in action. 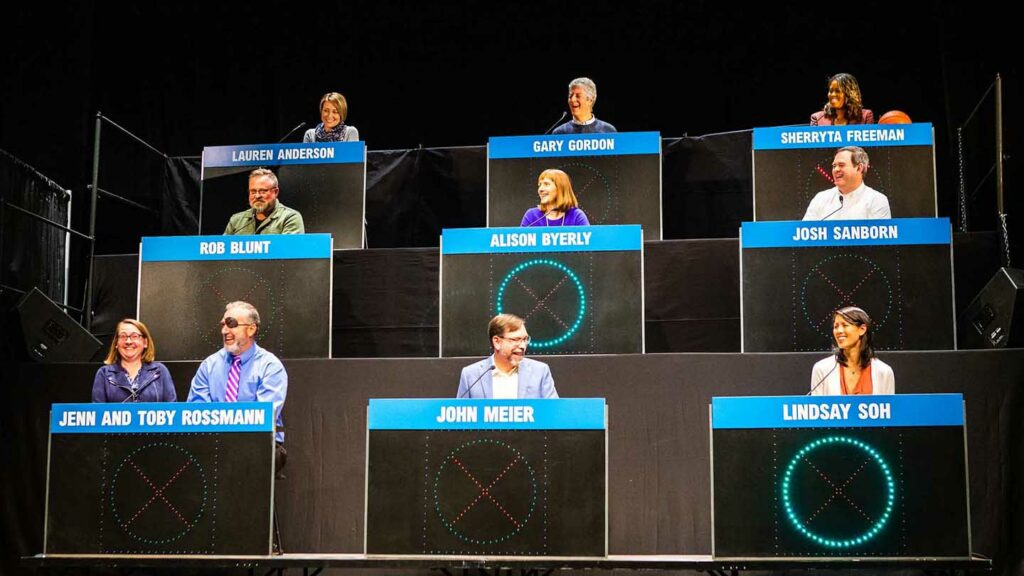 “It’s something that feels mildly embarrassing to do, and that’s kind of the point, that people realize you’re willing to put yourself out there and then that suggests that you think it’s really important,” Byerly told the newspaper.