Thomas Lannon was once heralded “the most interesting man in the world.” In the last print edition of The Village Voice, it was the opening sentence of an article profiling him and the world of archives.

It was quite a claim, but at that time he was a curator of manuscripts and archives at New York Public Library, home to over 30,000 linear feet of archival collections numbering millions of items including unique documents created by George Washington, Herman Melville, Truman Capote, and Diana Vreeland.

Lannon helped safeguard manuscripts from the nation’s founding including Thomas Jefferson’s draft of the Declaration of Independence, advocated for expanded hours for researchers, and hosted visits from authors and celebrities.

“The stuff is interesting, not me,” Lannon says. “When [we’re] working with people, the materials in our care come alive, especially when the people find out what’s there.”

As the new director of special collections and college archives, Lannon is excited to combine his love of “conversations and things to help advance what a library can be and do in a college setting.” 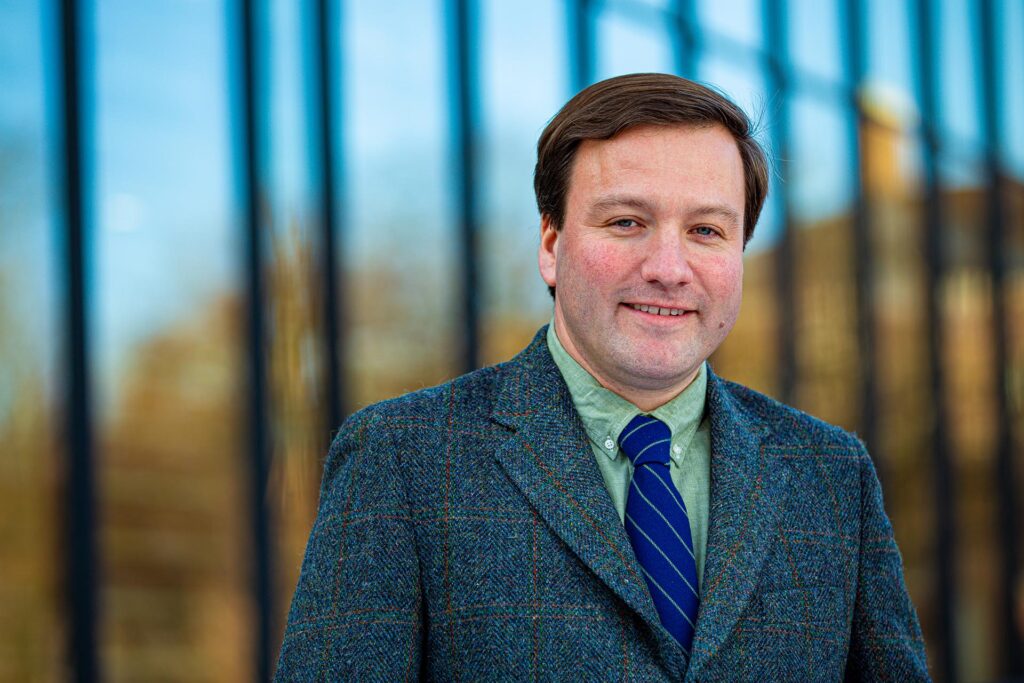 Having grown up in a small town in New Hampshire, Lannon made his undergraduate library a haven of discovery as he read stacks of old periodicals. “From Art & Theory to October to DownBeat, I could read about a range of topics,” he says.

The importance of a liberal arts education is part of what attracted him to a college setting, where he can tap into a range of  interests from art to state history, film studies to football, and the American Friends of Lafayette to radical feminist theory.

Special Collections seems to be a place where materials, history, and knowledge once lost or forgotten reappear as evidence in new narratives about a shared past.

“Special Collections is like the lab for humanities, much like engineers or biologists have a lab space,” he says. “What we do here helps make informed citizens  who share the values of a liberal arts education and seek to advance our cultural heritage.”

He is eager to work with faculty and students to cultivate and guide the collections, “to put the collections to use by the most number of people and to acquire items that can be immediately used in a variety of classes.”

Lannon is still learning all that is held in the archives and collections in Skillman Library. He is excited by items of regional history that might draw in members of the community.

“Easton is rich in history, both the pre-Revolutionary Period and during the Industrial Revolution,” he says. “It was a center of commercial activity during a formative period of global history. The work of the Lehigh Valley Engaged Humanities Consortium through the Mellon Foundation grant and our connection with the Sigal Museum can help open our students to public history and connect us more to the community.”

He mentions the musical Hamilton as an example that made history exciting. “Not because it was reverent to it, but because it blended fact with artistry and interpretation,” he says. “Special Collections lives in that same space.”

“Consider the Marquis holdings,” says Lannon. “Lafayette was the ideal citizen, a great figure who upheld traditions while at the same time running up against them, both preserving history and advocating for change. This should be the work of our collection and our institution.”