Walking the red carpet at the 2020 SAG Awards, actress Michelle Williams pauses and flashes a smile for the cameras. In an elegant black off-the-shoulder custom silk gown by Louis Vuitton and with her blonde hair styled to one side, Williams’ fashion factor lights up social media in the days after—and it’s all thanks to her longtime stylist, Kate Young ’96.

Look up Young’s name, and you’ll find a long list of accolades. She’s nabbed the top spot on The Hollywood Reporter’s list of powerful stylists, has been named “Stylist of the Year” by InStyle, and more recently appears on The Business of Fashion 500, the definitive professional index of people shaping the industry. Other clients on her roster include names like Dakota Johnson, Selena Gomez (both pictured with Young above), Sienna Miller, Margot Robbie,  and Rachel Weisz. 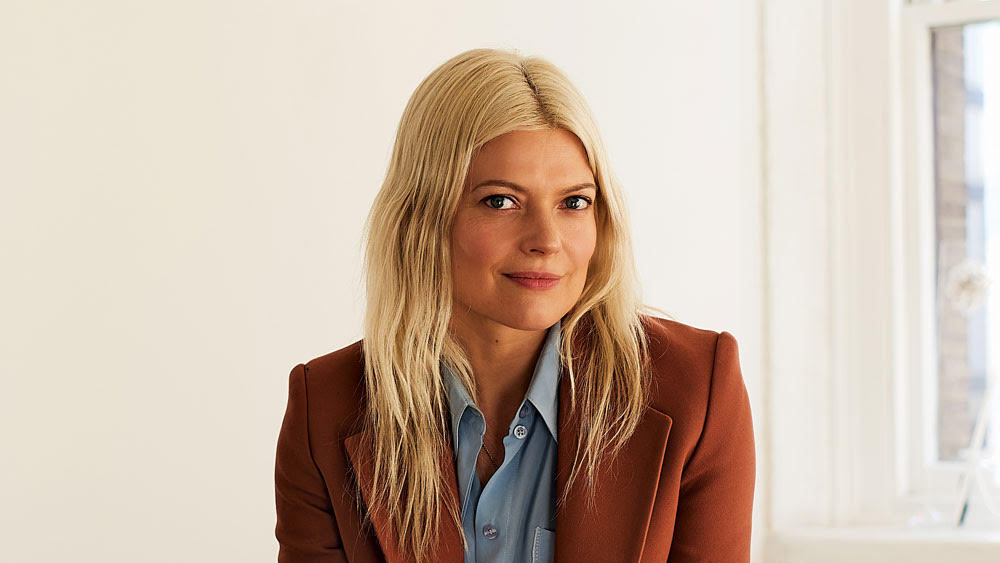 Kate Young majored in English at Lafayette; her original ambition was to be a fashion writer. She worked for legendary Vogue editor Anna Wintour before discovering she wanted to be a stylist.

Her work will be seen at this Sunday’s Academy Awards, though she remains mum on who and what (“I’m not going to tell you because if I do, it will jinx it and something will go wrong,” she laughs).

What is unique about Young’s career path is that although she loved fashion while growing up, her original aspiration was to be a fashion writer. It wasn’t until she worked at Vogue for several months that she realized she wanted to be a stylist.

As to how she ended up at the popular fashion and lifestyle magazine? For Young, it was a case of local connections.

“I grew up in Easton, and the art director for Glamour magazine had her weekend house there, and I grew up with her kids. I called her and said, ‘I finished college. I need to find a job. Can we have lunch?’” Young recalls. “She said, ‘I’ve been waiting for you to call me for the last 20 years.’ She took me to human resources, they took me to Anna Wintour (Vogue’s longtime editor-in-chief), and I had a job. It was very straightforward.”

Back then, Young gravitated to Tom Ford for Gucci. Though the core of her personal taste hasn’t changed much over the years, in her role it’s essential to maintain valuable brand contacts because every client has different preferences and wants to maintain a recognizable personal style.

You can’t scan a weekly magazine, Instagram, or any fashion website without seeing examples of that. Brands her clients have been photographed in recently include Mango, Brandon Maxwell, Dries Van Noten, STAUD, Chanel, Miu Miu, Givenchy, Dior, and Versace.

“The one that I like best from this past year is a white, two-piece gown that Dakota Johnson wore to the Governor’s Awards. It was by Brandon Maxwell, and I just loved everything about it. It felt modern and cool and sort of minimal, but at the same time also princessy,” Young muses. “Even though it was quite grand, there was an ease to it. I don’t like it when things look too complicated.”

When stars first reach out looking for a stylist, Young also does what we would all do and performs a quick Google search—giving her an idea of their current style if they’re already established, and how she might be able to help if they’re looking for a change.

She then creates a document of images she likes and what she thinks could be improved upon. Once the conversation with the client happens and they share ideas, she’ll create an inspiration board.

“From there,” she says, “I start reaching out to designers I think they should have relationships with.”

The connections that Young has made within the industry have mostly happened organically, giving her the opportunity to branch out into other projects. She’s designed a line of knitwear for moms and babies, launched a line of women’s apparel at Target, created an eyewear collection for Tura, and published a book, Dressing for the Dark: From the Silver Screen to the Red Carpet.

In fact, the only thing she hasn’t conquered yet that’s on her radar is jewelry.

“I always feel like I have ideas or businesses and things I want to make, and it’s really a matter of finding somebody who I can collaborate with and knowing it’s going to work. The Target thing happened organically because I was consulting for a bunch of designers who did their collections, and I knew the design teams already,” Young shares. “The optical line came through consulting, and the book came out of these inspiration books that I do during awards season.”

Young considers herself lucky that part of her job means having access to the endless couture that comes into the office, but for all that she’s accomplished, she doesn’t want someone to confuse her career with real Hollywood glamour. Much of her job is also about strong coordination skills—trying to make sure that a client’s outfit and accessories make it from one part of the world to another, often on tight deadlines.

“Usually there’s only one sample, and it’s the actual dress that went down the runway,” she says. “So, the dress they’re wearing usually lives in Paris or Milan, and then it needs to be in L.A. or wherever they are. It’s a lot of logistics.”

Because no two days are ever the same for Young, she advises that it takes a multifaceted person to get their start in the industry—someone who has other passions outside the world of fashion.

“When I hire somebody in my office,” she says, “I look for people who have an interest in something else. Arts, books, architecture, design … whatever it is that makes you more well-rounded.”