Devon Clifton ’16 and Carrie Rohman, professor of English: partnering together to do big things Twitter

Devon Clifton ’16 and Carrie Rohman, professor of English, share how they find encouragement in literary studies—and each other.

The Student: “I want to write about books and think about books,” says Clifton, who majored in English and women’s and gender studies.

Clifton, a Lehigh Valley native, got her master’s degree in English and American literature at New York University and is now in her second year at Brown working toward her Ph.D. in those same studies.

The Mentor: Carrie Rohman has been at Lafayette for more than a decade; she regularly teaches modern British literature and has a strong interest in animal studies. (One of her classes examines how contemporary artists think about extinction.)

“Turning a critical eye to the boundaries between humans and animals is important,” says Rohman. “Scholars in every discipline are now asking questions about animal cognition and experience.” 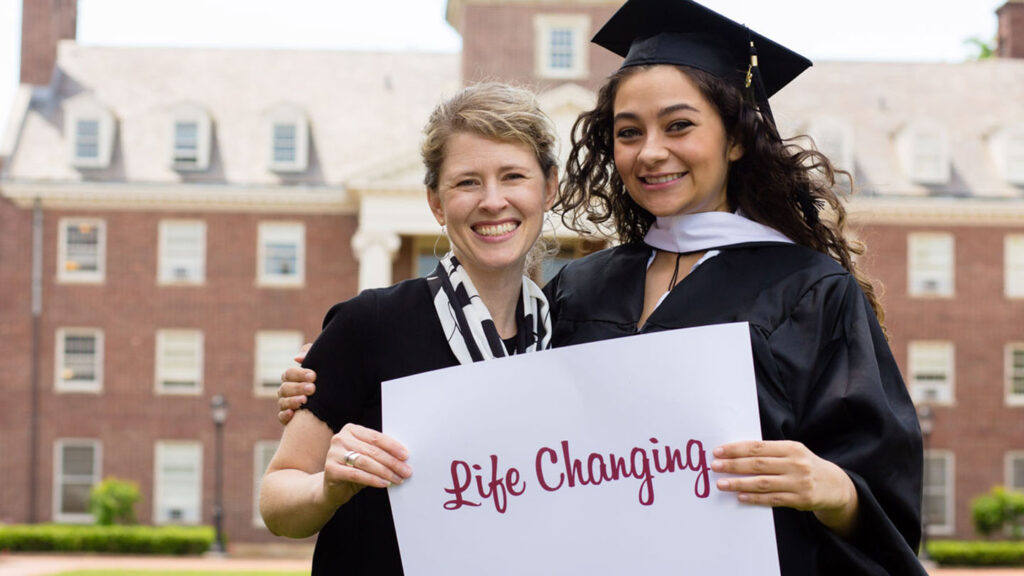 Rohman and Clifton, together celebrating Commencement in 2016.

How They Met: Clifton enrolled in Rohman’s literary criticism seminar as a sophomore—and had no trouble keeping up with upperclassmen in the advanced-level course. After taking another class of hers the following year, the star student asked her professor to oversee her honors thesis on Nightwood by Djuna Barnes, one of the most difficult novels of the 20th century.

“She wrote about it in ways that are absolutely groundbreaking,” says Rohman, adding that for an undergrad to do that is truly extraordinary.

Says Clifton, “I didn’t become interested in it because it was super difficult. I just really loved the intricacy of the language.”

Better Together: The two shared the stage in September as part of a roundtable of experts during a conference at University of Glasgow.

“I was so happy for her,” says Rohman. “To see her come into her own as a scholar was really special.”

Together, and separately, they talked about everything from the authorship of animals—via scratching—to the carnivorous appetite in Ulysses. Clifton describes that trip to Scotland as a full-circle moment.

“It let me validate myself,” she says. “Carrie’s committed to non-hierarchal pedagogy, but it was important for me to believe that I belonged here as an equal.” 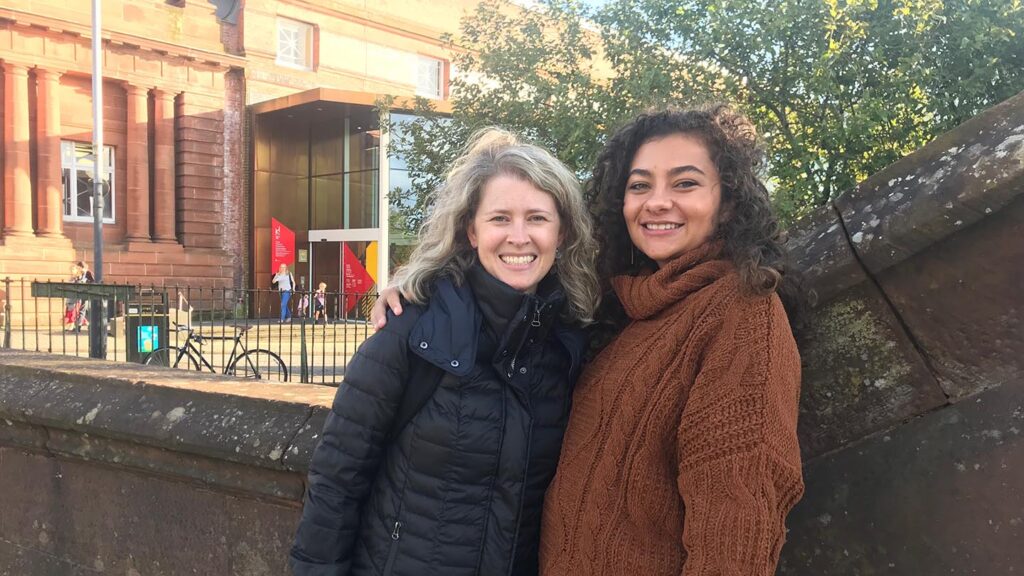 Rohman and Clifton reunited at a conference at University of Glasgow in September. The two shared the stage as part of a roundtable of experts.

Why It Works: “When you find a student who is so intellectually curious about the kinds of things that you do in a certain discipline, you remember why you do it in the first place,” says Rohman.

Her student made her think about things she had written in new, sophisticated ways. But it was Rohman who, after class one day, helped the undergrad acknowledge her own passion for literary studies.

“Carrie made me realize that I can insist on working in the world that I feel called to,” says Clifton, who originally planned on law school. “Now I don’t have to compromise myself.”

What’s Next: After Clifton wraps up her dissertation, she plans to pursue a teaching career, where she also can write.

“I’d love to write a book that’s widely accessible and read within academia and non-academia,” she says.

Says Rohman, “She’s going to be making really important contributions to our field one day soon.”