Childhood obesity leads to even higher medical costs than previously thought, and children with obesity are less likely to receive preventive medical and dental care, according to two newly published studies by a Lafayette economics professor and his research colleagues.

In their research article in Health Economics, Adam Biener, assistant professor of economics, along with John Cawley, professor of policy analysis and management at Cornell University, and Chad Meyerhoefer, professor of economics at Lehigh University, examined data from the Medical Expenditure Panel Survey (MEPS) to estimate medical care costs of obesity and severe obesity in youth. MEPS is a nationally representative survey that collects data on specific health services Americans use including the cost of these services, how they are paid for, as well as data on the cost, scope, and breadth of health insurance coverage.

“It’s the first study of its kind to control for confounding factors such as barriers to access or measurement error in height and weight to estimate the cost of childhood obesity in the U.S.,” Biener says. 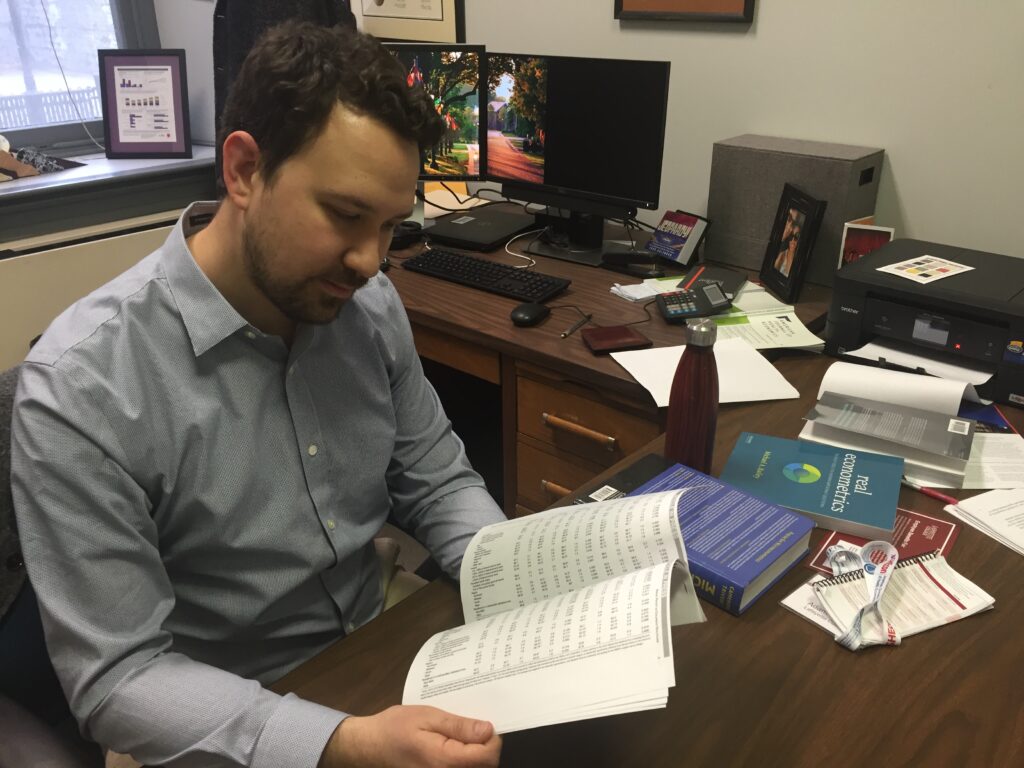 In another study published in Academic Pediatrics, Biener and colleagues analyzed the association between obesity in children and use of preventive medical and dental care. The study is the newest in a long-running series of studies on children’s health, and was a collaboration with fellow academics and medical doctors associated with U.S. Department of Health and Human Services, Harvard School of Public Health, Children’s Hospital of Philadelphia, and AcademyHealth in Washington, D.C.

One of the most surprising findings was lower rates of preventive dental care among both younger children and adolescents with obesity.

One possible reason is that children with obesity are more likely to develop other health problems that need treatment. Dental care, which is often an out-of-pocket expense, might be neglected because it can further strain a family’s budget and may be perceived as less urgent, Biener says.

“Poor dental care, however, can lead to health problems in the future, some of which are correlated with poor diet, [which is] associated with obesity,” he notes.

As part of his doctoral work at Lehigh, Biener focused on estimating the medical care costs of childhood obesity and how becoming obese as a child might raise a child’s medical expenditures.

His interest in health economics comes from his family’s business, medicine.

“My father is a gastroenterologist, and he manages a lot of patients with complex histories, many of whom are obese, have diabetes, or have other diet-related conditions that can manifest in a lot of weight gain,” Biener says. “You see in adults how these patients can have a lot of encounters with the health care system that can be very expensive. It’s very hard to manage people’s weight. But managing weight goes hand in hand with managing many of these chronic conditions.”

He and his research colleagues hope conclusions of the studies influence decisions of clinicians and policymakers who can help address childhood obesity.

“We hope policymakers who are designing or contemplating investing in interventions to address childhood obesity, such as after-school exercise programs or new school lunch programs, will turn to these studies for support,” Biener says. “A child who gains weight can have considerably higher medical care costs in the short term. These high costs suggest that it may be worth it to invest more in weight management interventions than we previously thought.”