That’s what first-year biology students have the opportunity to do when they participate in the Howard Hughes Medical Institute (HHMI) Science Education Alliance–Phage Hunters Advancing Genomics and Evolutionary Science (SEA-PHAGES) program at Lafayette, which has been offered at the College for the past five years.

And now, thanks to a generous donation made by The Esperance Family Foundation and Roger Newton ’72—founder of Esperion Therapeutics, former senior vice president of Pfizer Global R&D, and co-developer of prescription drug LIPITOR—Lafayette was able to expand the program to include all General Biology students. That means up to 160 students can now take part in the hands-on lab research opportunity each year, which was originally offered to a maximum of 16 students per year. 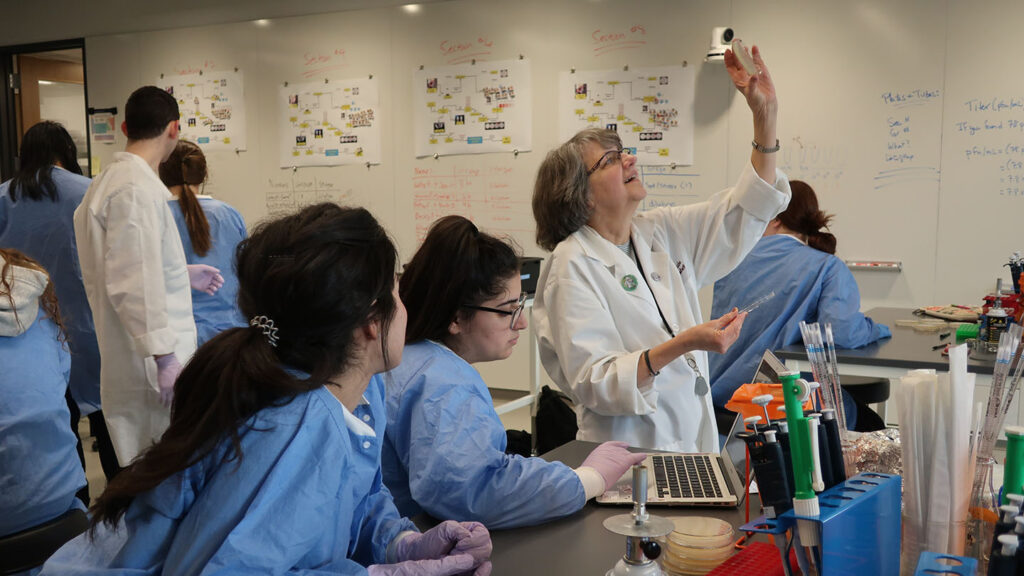 Prior to transition to remote instruction (due to the COVID-19 pandemic), 152 students were actively participating in the SEA-PHAGES lab. Out of the 141 colleges and universities in the U.S. currently offering the program, Lafayette is one of only two institutions extending the experience to such a large number of students.

Under the lead of John Drummond, general biology lab coordinator, and with the assistance of several faculty, SEA-PHAGES offers Lafayette students the unique chance to try their hands at conducting and contributing to authentic, valuable scientific research—experience that could otherwise be costly to gain through traditional apprenticeship programs. 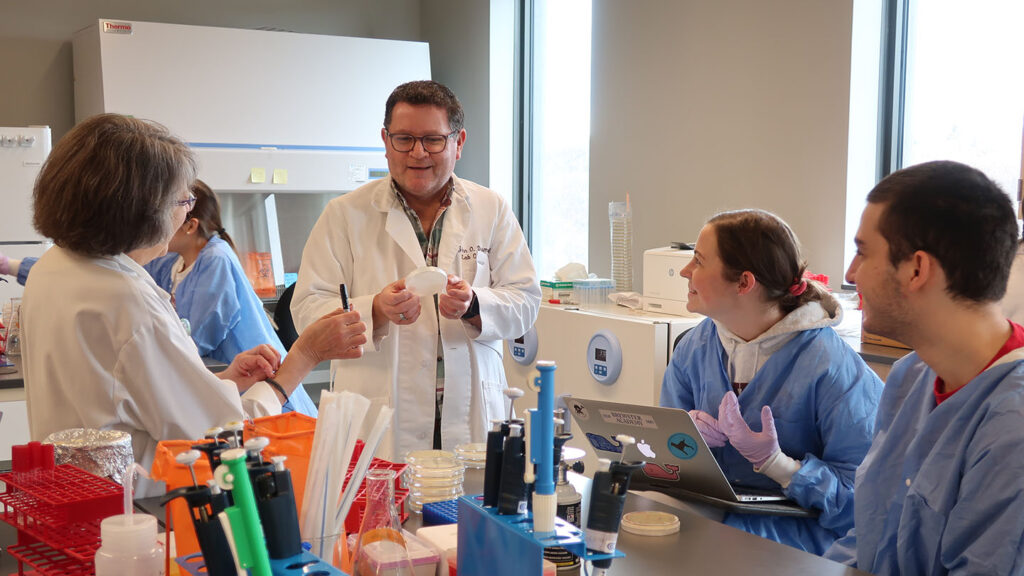 The course begins with students collecting soil samples to find mycobacteriophages, also known as phages, which are viruses that can infect and destroy bacteria. Each student then isolates, names, and characterizes an individual phage. Samples of each phage are archived at Lafayette and sent to  University of Pittsburgh, which jointly administers the SEA-PHAGES program with HHMI. It’s there that Graham Hatfull, Eberly Family Professor of Biotechnology and HHMI professor, stores the phages and studies their genetic makeup and diversity. During the summer, the DNA of several phages are sequenced, and those genomes are then analyzed in a different course.

Because phages are easy to grow and manipulate, they have the potential to be used as effective weapons in the battle against deadly bacteria—and offer lifesaving medical benefits to humans. In 2017, then-17-year-old Isabelle Holdaway of Kent, England—who was dying from an infection following a double lung transplant—was cured after being treated with a mixture of phages, one of which was a genetically modified version of a phage originally isolated by SEA-PHAGES students at Providence College in Rhode Island.

“What has happened a couple of times recently is patients have been infected with a multidrug-resistant bacterium, and they’ve actually used phages to treat those people,” says Caslake. “At least two of those people have survived. And the more samples [Hatfull] has, the more information he has on how phages change through time, and how similar and different they are from each other.” 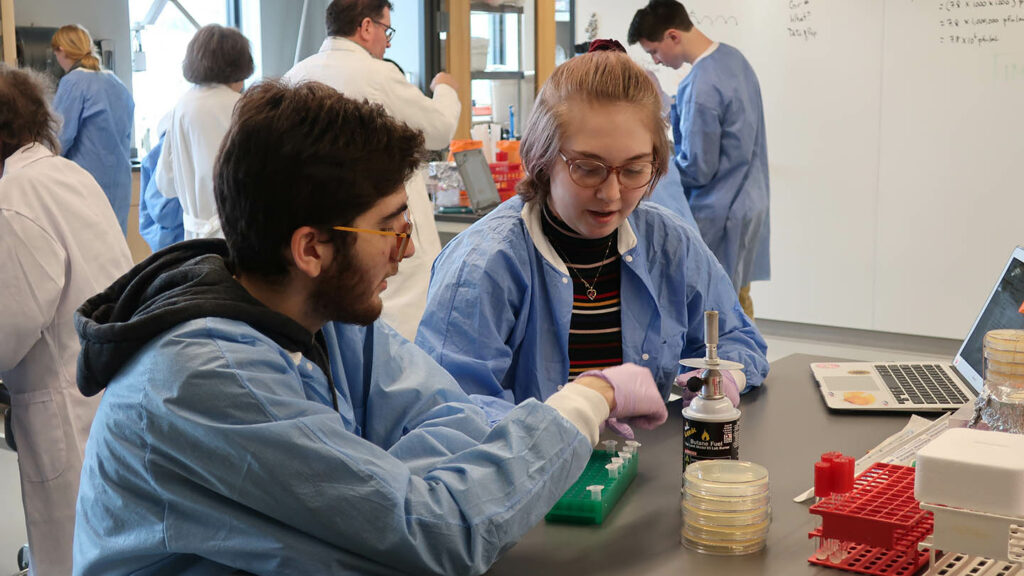 According to Caslake, students also self-report significantly higher satisfaction ratings on owning their research projects, building their identity as scientists, being a part of a scientific community, and networking with others in the field when they complete the SEA-PHAGES lab versus a traditional general biology lab.

“They get to feel like scientists,” says Caslake. “They’re deciding what happens next, they have to repeat it when things don’t go right, and they really have to work together. This kind of lab experience makes an enormous difference for all students.”

First-year student Emma Taylor ’23 agrees. “It’s cool that even as freshmen, we have this hands-on experience doing something that can actually make a difference,” she says. “And the more people that do it, the more likely you are to get a success. It’s a difficult experiment, but if it’s a standard experiment that all of us do, then all of us are doing something difficult and challenging ourselves.”