Amid COVID-19 outbreak, Deborah Cooper recounts memories and learnings from her firsthand experience with SARS Twitter

Deborah Cooper is no stranger to pandemics. In early spring 2003, the present-day Pennsylvania high school chemistry teacher embarked on her first overseas adventure in China. What she initially thought was going to be a few months of sightseeing and teaching English to nursing school students quickly turned grim when she found herself not only working in the thick of the SARS outbreak that was sweeping the country and the world, but also battling the illness herself.

The most recent pandemic the world has seen prior to COVID-19, SARS—which is also known as severe acute respiratory syndrome and is caused by a strain of the coronavirus—affected 26 countries and resulted in 8,000 cases in 2003, according to World Health Organization (WHO). Now, as the world continues to take unprecedented measures to contain the spread of the new coronavirus, Cooper’s memories of SARS are flooding back to her—and the lessons she learned 17 years ago are more relevant than ever.

Cooper, who attended Lafayette for a year in 1985 and was a track and field athlete, recently reached out to us to share her story. 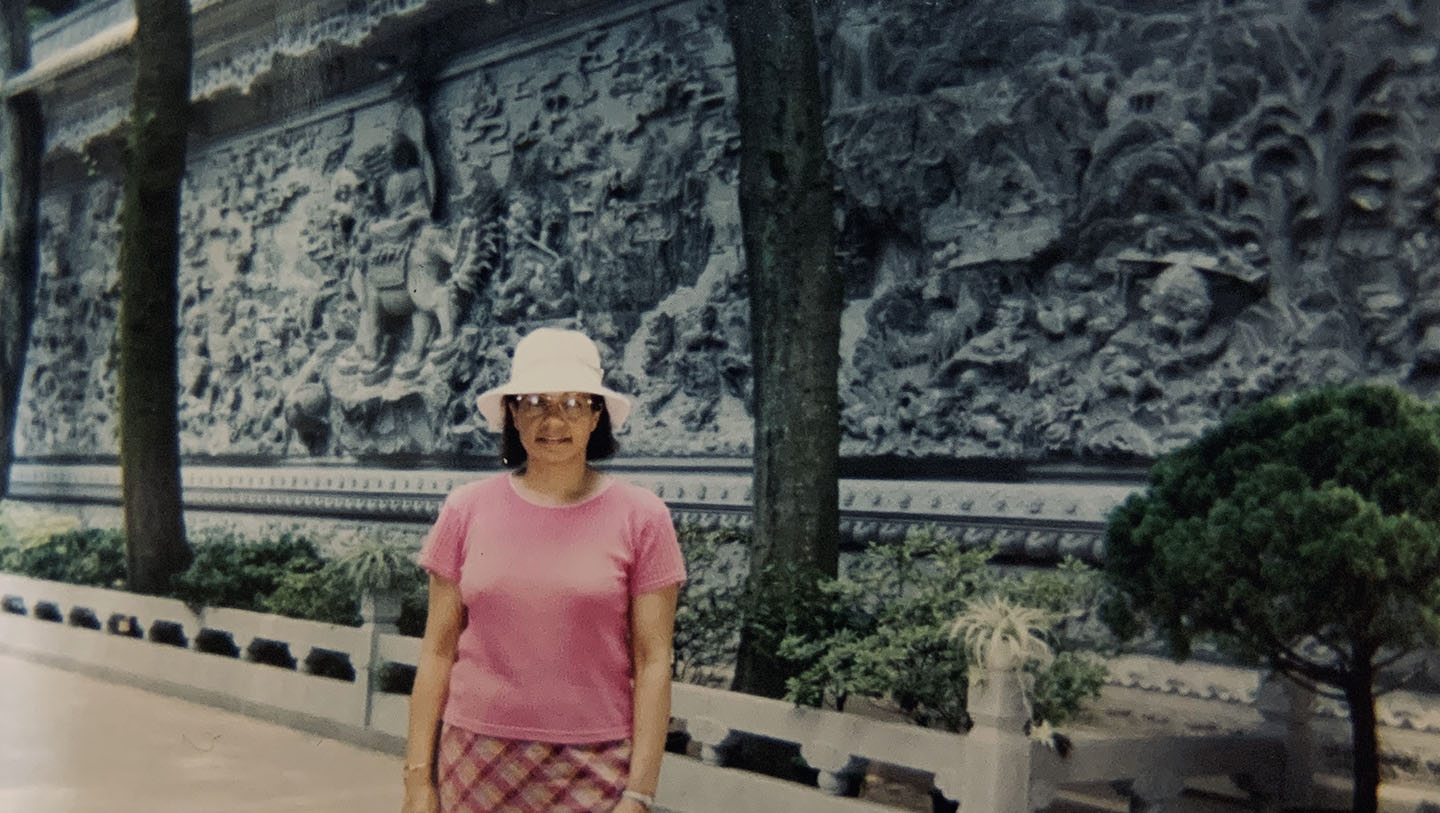 Deborah Cooper contracted SARS while teaching in China in 2003.

How did you find yourself in China in the midst of the SARS pandemic?

I was working at the College of Medicine at the University of Arizona [in 2002] when I was offered the opportunity to teach English at the Nanjing School of Nursing in China. My neighbor, a Chinese tour guide, urged me to take the opportunity, and I wanted to take a break and see what it was like to work overseas.

What was it like when you first heard about the SARS outbreak in China?

One day, my boyfriend’s mother, Jean, called me and said, “Be very careful; there’s a virus going around.” I didn’t take it seriously. I thought she was just being overcautious. She said that to me weeks before anyone in China said anything or there was anything in the media. Things were running along normal. No one was talking about it. [When word eventually got out,] the whole campus shut down. Anytime I needed to leave the campus, I had to wear a mask and have a chaperone.

What cautionary measures were being recommended to help stop the virus from spreading?

I was asked [by the local media] to offer suggestions [for the best ways to prevent the spread of SARS]. The suggestions I came up with were to wash hands and use alcohol hand wipes. Easy, inexpensive. Bottled hand sanitizer was not readily available in local stores. The main thing I had to emphasize was washing hands. Most local public bathrooms I went to in Nanjing didn’t offer any soap or towels to clean your hands. You’d have to carry soap and your own facial tissues with you.

What was the general public’s response to the pandemic?

You didn’t see anybody in the streets. The day after the interview, I passed through the busiest local intersection, and there was not one single car or person on the road. They didn’t stop people from traveling, but they would scan your temperature every time you got on a bus or train, or entered a major building.

When I went to visit the Great Wall, it was hard for me to get a taxi there, and all the shops were closed. I was the only one there. I also went to Tiananmen Square and the Forbidden City, which are often very crowded, and they were virtually vacant. By the end of the semester, they shut down all the major attractions in Beijing.

Even before anyone was talking about SARS, people normally already put on masks if they felt they had a cold to avoid infecting others. After the outbreak, I was asked to consistently wear a mask in public.

You had your own battle with SARS when you were abroad. What was that like?

Before getting sick, I tried to go out almost every weekend to see the area because I was only there for spring. One time, I forced myself to go to one of the attractions even though I didn’t feel well. I felt extremely tired and uncomfortable. By the time I came home, I had a fever. And that’s when it started.

What had happened was I had students for the first month and a half after I arrived in China in February 2003. Then they started working at the local hospital. One of the students came back from the hospital and asked me to sign something for her, and she handed me her pen. During the conversation, she told me she was sent home from work because she had a cough she couldn’t get rid of. I remember thinking to myself that I should wash my hands. I don’t know why I didn’t wash my hands, but I didn’t.

Sometime after that, I realized it was starting to get bad. I stayed in my room by myself, and I tried my best to take care of myself. My coughing was so consistent and so intense that almost all my energy went into not coughing. I would squeeze my arms around myself to try to hold in my diaphragm, because every time I coughed it was just so painful. I slept sitting up in bed because that position helped me manage the pain, breathe, and get some rest. After the second night, I knew I couldn’t make it to the third night without help. I told the family next door, who were bringing me food, that I needed to go to the hospital.

At the hospital, I asked for a respirator to help me breathe, but they had no respirator. I couldn’t read the medication. The translators told me they were giving me antibiotics, and I said I needed antiviral medication. They either could not understand me or they couldn’t provide it. No one could verify for me that what I was receiving was antiviral. What they gave me temporarily helped somewhat. I was sent home, but I still wasn’t breathing well.

How did you end up beating the illness?

I got on the phone with my boyfriend’s father, Norman, and I said, “I need help. I’ve been to the hospital. I feel my lungs filling with water. I cannot verify that they’re giving me antiviral medication.” So, he said he would try to help me. The next thing I know, 24 hours later there was a man at my door delivering medication. Norman and Jean arranged the delivery of antiviral medication to my apartment by a carrier all the way from the United States. I started taking it, and within hours I was feeling better. In total, I missed seven days of school. But it took me two and a half months to be able to run up the stairs without my lungs burning. Whenever I tell this story, I offer Norman and Jean a well-deserved thank you. I owe them my life.

Thinking back on your experience with SARS, how can the lessons that you learned back then be applied to what our world is now experiencing with COVID-19?

The No. 1 lesson I learned was how important it is to wash your hands. I could not stress that enough. Do not underestimate the importance of washing your hands and social distancing.

I also wish we had the temperature scans in the United States so we can be alerted when someone’s temperature is high before they enter a building. It can also help people realize they might be sick and encourage them to get help as soon as possible. They had them all over the place as I traveled through Beijing, but I haven’t seen them here.

One of the things that helped me tremendously when I was going through all of this was being able to listen to music. It motivated me. It doesn’t get enough credit, but music really keeps you motivated to fight the infection, and it keeps you in a positive mood when you’re all by yourself.

But the main things are to wash your hands, practice social distancing, eat properly, and exercise. Preventive actions don’t just help you; they benefit your children, your grandchildren, your family, your whole community—and now in 2020, the entire world.