Savanna Touré ’21, Goldwater Scholarship and Truman Scholarship recipient, is on track to a career in medicine and biomedical research Twitter

Until she was recently awarded both a Goldwater Scholarship and Truman Scholarship, that is.

Touré is the first Lafayette student to receive the Truman Scholarship, which is a government funded scholarship dedicated to providing the next generation of public servants.

As a Posse scholar, Touré is involved in a number of different organizations and leadership positions on campus.

And though she unfortunately had to cut her [Goldwater Scholarship] clinical work and research trip to Cape Town, South Africa, short (due to COVID-19 flight restrictions), Touré was able to spend two months working as a medical volunteer aiding underserved communities.

Touré, a neuroscience major, was one of about 300 college sophomores and juniors nationwide to receive the prestigious undergraduate scholarship that usually sees applications from more than 5,000 students in the natural sciences, mathematics, and engineering.

She also knew early on that her chosen field of focus would be in the health care sector.

“When I was a junior in high school, I was brought into a program at George Washington University that focuses on health disparities—and it was the first time that I felt all of my identities clashing. I knew the community that I wanted to work with was black women and black queer women, because that’s what I identify as,” says Touré. “Ever since then, seeing the staggering rates of their deaths, diagnoses, and lack of treatment has motivated me to be one of their representatives. Today, less than 4 percent of physicians are minorities.” 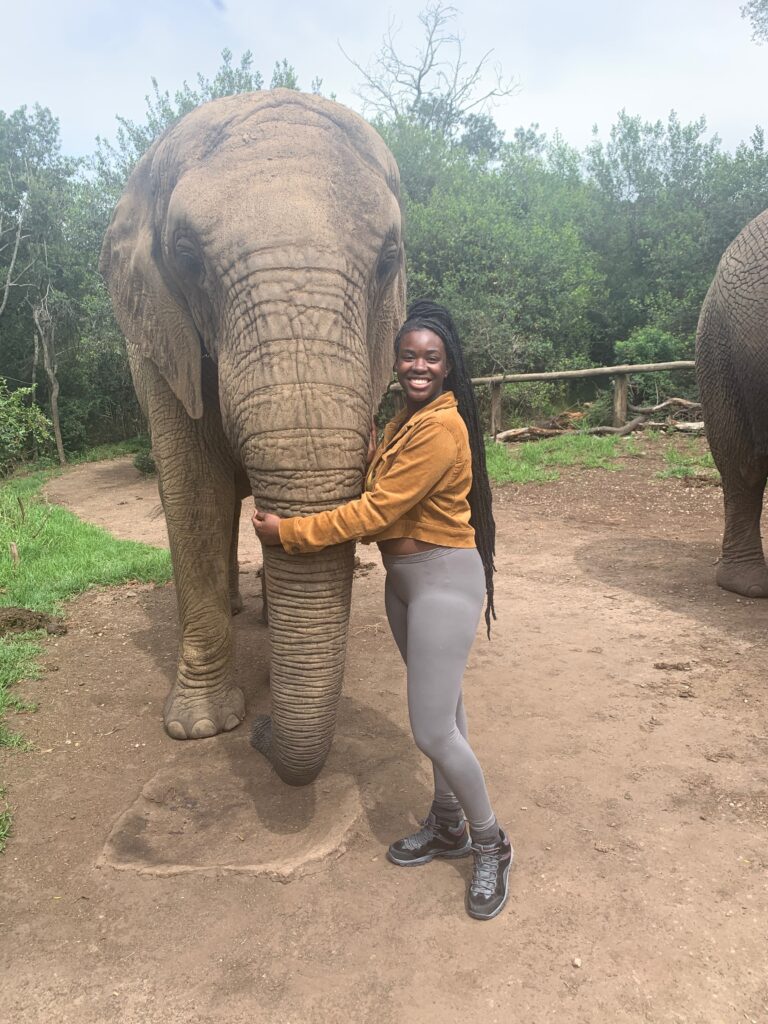 Savanna Touré ’21, who spent several months doing clinical work in Cape Town, South Africa, was able to spend some down time during her trip meeting one of the continent’s most majestic animals.

“My experience at Lafayette has been a roller coaster. I’ve connected with so many people locally, nationally, and internationally, and this community has been so supportive and trying to make sure that all students achieve their dreams,” shares Touré. “I even had so much support from faculty I’d never even taken classes with, and I love that my college experience has been so grounded. It has made the transition to my goals easier.”

Those post-Lafayette goals include a postgraduate program that includes research into human papillomavirus (HPV), with the aim of starting a career in HPV-associated cancer research and looking at disparities within that by race. She also plans to work toward a medical degree in molecular cancer or immunology and has been considering both Johns Hopkins University or University of Rochester.

Her experience in South Africa, though shortened, helped her apply what she learned in the classroom to real-world experience and further motivated her desire to pursue a future in medicine.

“While I was working with the clinic in Africa, I was able to administer an HIV test and diagnose patients, and I was also doing research at the University of Cape Town,” says Touré. “I chose this region because I wanted to be in an area of Africa where I could experience cultural immersion but could also take advantage of the best research institute.”

Like other students who have made the transition to remote learning, Touré misses her daily routine and her heavy involvement on campus through several student-led organizations and peer tutoring. She knows she’ll be returning for her senior year, however, and has a word of advice for any of her peers who may have a difficult time balancing both classes and extracurriculars.

“Having supportive people around you is a big part of it. I also use a Google calendar so that I don’t try to over-maximize what I can handle,” she says. “If you know what type of person you are, then I feel like there’s nothing that should stop you from taking on as much as you can handle.”