Awards chairperson Patrick Falci says readers will marvel at the transformation of Grant, “a washed-up dry-goods clerk at the beginning of the war—who somehow acquires the power and skill that made him the mastermind at Vicksburg of the largest amphibious army-navy operation staged by the U.S. military until D-Day!”

James McPherson—a past winner of the Fletcher Pratt Award—calls Miller’s book the “fullest and best history of the Vicksburg Campaign.”

The campaign opened the Mississippi River to Union forces, divided the Confederacy, and freed more than 100,000 enslaved African Americans. Miller transports readers to the steamy swamps and river lands of Mississippi where Grant lays siege for 47 days, severing Vicksburg’s supply lines and starving Confederate defenders and citizens into surrender July 4, 1863. 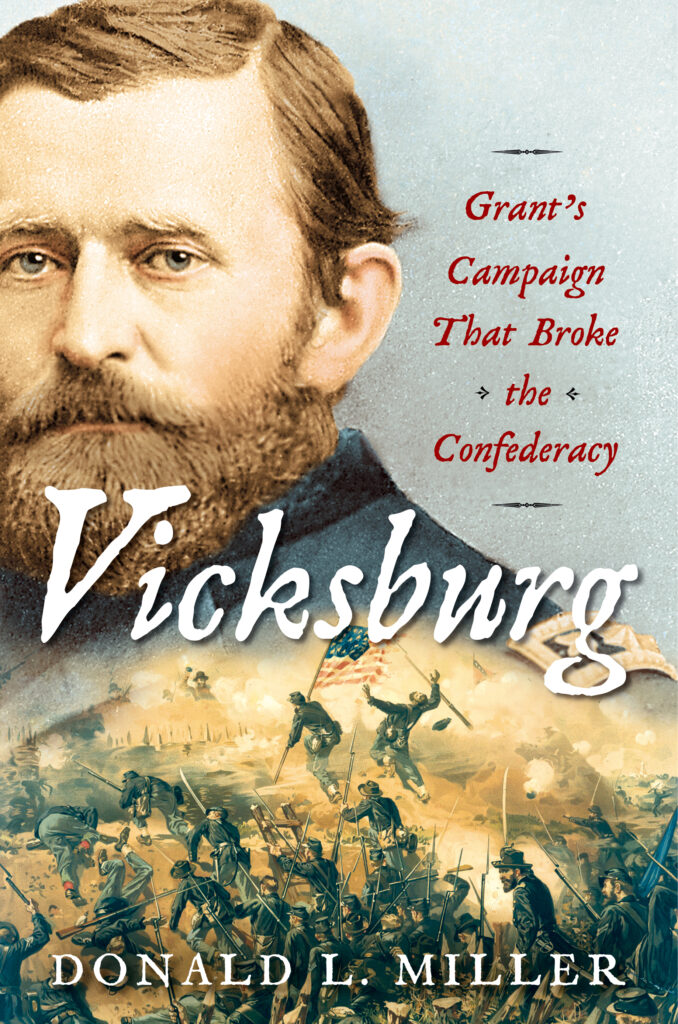 The book goes beyond the mechanics of battle to explain how Grant’s invasion destroyed the plantation system and sparked a social and racial revolution. More than 20,000 black males joined the Union army, and Grant created work for their families by cultivating cotton for wages on abandoned Confederate plantations.

Miller argues that Vicksburg was not only the turning point of the Civil War but the real beginning of Reconstruction, and Grant, not President Abraham Lincoln, was seen by many of those he liberated as the Great Emancipator.

The Fletcher Pratt Literary Award was established in 1956. Pratt, a founding member of the Civil War Round Table of New York, was a prolific writer, authoring 16 books, including six on the Civil War. The award, in the form of a scroll, is presented to the author or editor of the best nonfiction book on the Civil War published during the course of a calendar year. In addition to McPherson, previous winners have included such Civil War luminaries as Bruce Catton, Burke Davis, Shelby Foote, William C. Davis, Stephen Sears, James Robertson, Noah Trudeau, Gary Gallagher, Gordon Rhea, Joseph T. Glatthaar, Ron Chernow, Allan Nevins, David Donald, Allen Guelzo, Amanda Foreman, Edwin Bearss, and Edwin Coddington.

Coddington, who also taught at Lafayette and held the same chair as Miller, won for his book, The Gettysburg Campaign: A Study in Command, which scholars call “the Bible of the battlefield.”

Miller is a New York Times bestselling author of ten books and one of the most respected authorities on World War II and U.S. history. His critically acclaimed bestseller Masters of the Air is currently being made into a television series by Steven Spielberg and Tom Hanks. Miller has hosted, co-produced, and served as historical consultant for more than 30 television documentaries and has written for The New York Times, The Washington Post, and other publications.

Listen to Miller’s interview on the History Author podcast.