Why we should yell less, deliberate more, and keep investing in educational institutions Twitter

The Robertson Professor of Media Studies and director of the Center for Media and Citizenship at the University of Virginia was invited to deliver the Jones Visiting Lecture by the president’s office. Due to the COVID-19 pandemic, the event was presented remotely via Zoom. 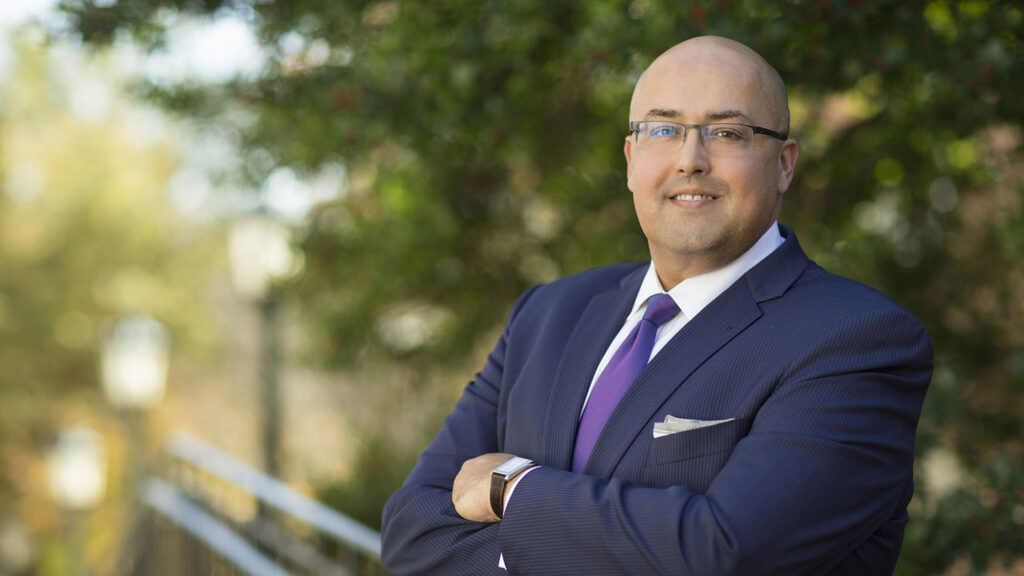 Siva Vaidhyanathan, Robertson Professor of Media Studies and director of the Center for Media and Citizenship at the University of Virginia, delivered the Jones Visiting Lecture.

In his talk, “Cacophony: How Disinformation, Distraction, and the Heckler’s Veto Undermine Collective Thought,” Vaidhyanathan argued that we have moved beyond the core principle of free speech. Today, in what he called the “golden age of maximum speech,” the problem isn’t censorship, it’s cacophony.

“Everybody is yelling all of the time,” he said. “Yelling is the default mode in this age. The problem is not who can speak, it’s who may be heard. It’s not what may we read, it’s how are we going to learn to think again?”

Here are a few key takeaways from the event:

In 1969, sparks from a train traveling through Cleveland ignited the greasy surface of the polluted Cuyahoga River. The media investigated, which led to conversations among people, which led to deliberations among legislators, which led to action. Within two years, the Clean Water Act and Clean Air Act were passed, and President Richard Nixon, a conservative Republican, formed the Environmental Protection Act.

“There was a problem we all agreed was happening,” Vaidhyanathan said. “There was no denying the river was on fire. There was no one saying, ‘I don’t really believe that river is on fire’ on cable television or Twitter. That is not the case today. Today we have cacophony.

“Today, the whole world is on fire, and we can’t have a grown-up serious deliberation or debate about what we should do to address the one thing that is threatening our species and many other species. Why? Because every time we try to take the problem seriously, someone distracts us, someone sweeps us off our stride, someone makes ridiculous claims, someone doubts expertise, and we spend all of our time rebutting absurdity and spend inefficient time actually addressing these problems.”

“Nothing in human history has ever worked its influence on 2.5 billion people at once. Nothing comes close to this—in terms of scale and in terms of the way that these services focus our attention and monitor our attention for the sake of selling ads, and work with algorithmic amplification. We have a media system that is overly dependent on the work of Facebook, YouTube, and Google. This system basically distorts everything. The concentration of power in the guise of these filters is one of the core principles here. They are our chief ways we try to manage cacophony, and it does not work. That’s because these are not services to foster deliberation. They are designed to foster motivation—to click, to buy, to express oneself, to organize, to vote. And democratic republics need both motivation and deliberation.”

“The authoritarian loves this—loves to be able to take advantage of this. We don’t necessarily need to be oppressed by the state; we chose to fracture ourselves to the point where we are unable to engage in the process of governing ourselves. The authoritarians around the world are all thrilled with our current media system. Because it hinders our ability to execute any serious politics, whether left, right, or center. All politics become unserious or rendered cartoonish, and that’s the perfect environment for the tyrant.”

“We are at the beginning of one of the great, devastating global crises. It forces us to think through basic questions: How shall we live our lives? How can we address a global pandemic and a global depression if we can’t think and speak like grown-ups? This moment demands clear-headed deliberation, and we seem so unable to get to a state of clear-headed deliberation. This moment demands trust in expertise, but expertise has been systematically undermined for years. It demands an understanding of the processes the experts use and the contingencies they build into their conclusions, and we are impatient for that.”

Be Realistic: “There is no incentive for any commercial actor to enhance systems to enhance deliberation. There is just no payoff. We can’t address it through the commercial sector. We can address it through the noncommercial sector, which is why I put so much investment in institutions. I wish we would give up all hope that companies will treat us better, so we just get over that. We could appropriately and sternly regulate through the powers of democracy. If we the people can articulate a need, and we can convince our legislators that that need should be met through regulation, much like the environmental problems of the 1960s and 70s, then we are at least approaching it in a realistic fashion.”

Consider the EU’s Model: “There isn’t much we can do as individuals. If we were to quit Facebook in anger, Facebook is not going to care. Facebook is growing at an incredible rate. It’s so embedded in power structures around the world. In Europe, the European Union put into effect a pretty sweeping data protection law that says people have the ability to know and understand what their data is being used for in clear language. It’s going to be a while until we see how effective that will be, but it’s a pretty good model for how we might go forward.”

Vaidhyanathan is the author of Antisocial Media: How Facebook Disconnects Us and Undermines Democracy, Intellectual Property: A Very Short Introduction, and The Googlization of Everything–and Why We Should Worry, among others. Vaidhyanathan is a columnist for The Guardian and has written for many other periodicals, including The New York Times, Bloomberg View, American Scholar, Reason, Dissent, The Chronicle of Higher Education, The New York Times Magazine, Slate.com, BookForum, Columbia Journalism Review, The Washington Post, The Virginia Quarterly Review, The New York Times Book Review, and The Nation. He is a frequent contributor to public radio programs, and he has appeared on news programs on BBC, CNN, NBC, CNBC, MSNBC, ABC, and on The Daily Show with Jon Stewart. In 2015, he was portrayed on stage at the Public Theater in a play called Privacy. After five years as a professional journalist, he earned a Ph.D. in American studies from University of Texas at Austin.

About the Jones Lecture

The Thomas Roy and Lura Forrest Jones Visiting Lecture Series was founded by Trustee Emeritus Thomas Roy Jones in 1973 to provide Lafayette students with the opportunity to hear presentations and interact each year with individuals of exemplary accomplishment in the academic world or in public life.