During her junior year at Lafayette, Ellen Waxler McGinnis ’09 (psychology) went to Bailey Health Center with symptoms of a collapsed lung, which ultimately required surgery and several weeks of recovery.

“I started developing panic attacks afterward. Because whenever I had shortness of breath, even from climbing stairs, I would think my lung was collapsing again,” she recalls. “The attacks got more generalized in the years following, and they just didn’t go away.”

After Lafayette, she went to University of Michigan to pursue a Ph.D. in clinical psychology. During one of her classes, she learned about a technique called biofeedback, which can be used to manage a panic attack. 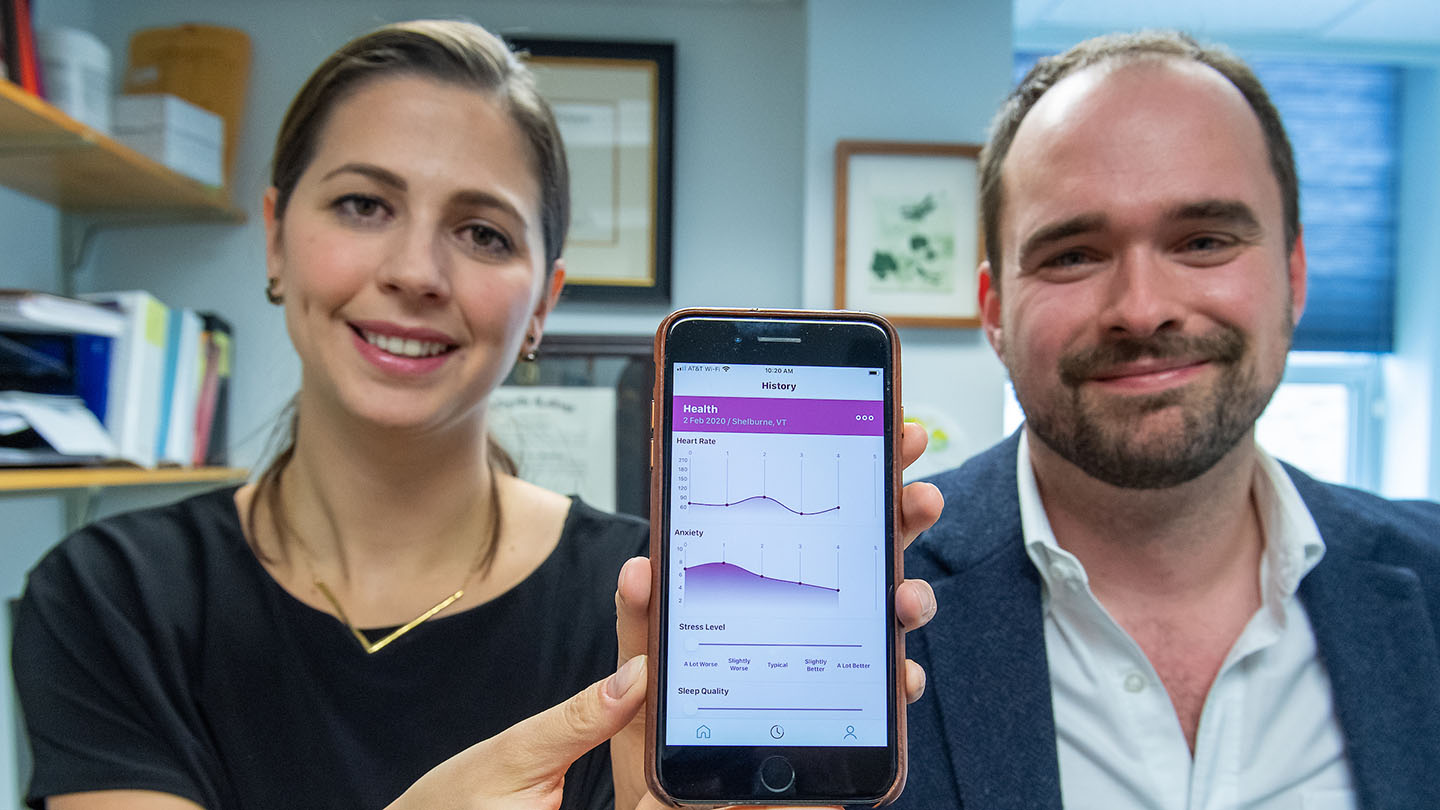 “So I went home and did that on myself for a couple of weeks. And after two weeks, I didn’t have any more panic attacks, and that was in 2012. And I haven’t had one since,” says McGinnis, assistant professor of child psychiatry at University of Vermont.

“I was thinking that there has to be a way to get this technique out to more people who need it without needing to get a Ph.D. in clinical psychology,” she says.

Biofeedback therapy looks at the body’s physiology during a panic attack. However, it’s a challenge to seek treatment the exact moment an attack occurs.

To more efficiently manage panic attacks, she and her husband, Ryan McGinnis ’09 (mechanical engineering), assistant professor of biomedical engineering at University of Vermont, teamed up to develop an interactive app to track a person’s heartbeat using the camera on a smartphone.

“Within the past two years, we’ve been working on it and trying to get this accessible to anyone who needs it wherever they are,” she says. Their PanicMechanic app has arrived at a time when many people are suffering from panic attacks resulting from stress and anxiety triggered by the COVID-19 pandemic and without regular access to health care providers.

“When you experience a panic attack, your body feels like it is attacking you and taking over. It’s like you have no control, and you think you might be having a heart attack,” she says. “It’s your body noticing a threat in the environment. And then your body reacts with a fight or flight response.”

By looking at personalized, historical data recorded on the app, a person experiencing a panic attack can see the expected duration of the attack based on previous ones.

“By understanding your body and taking back control, it works to stop the panic attack,” she says.

“We started working on it in 2015,” Ryan says. “It’s been sort of a side project since then. We formed a company, Allostatech, and actually started development of the app in July of last year. It took us a couple months to get our first version up running and through beta testing, but we were able to release it on the App Store on April 1. The Android version will be out the end of May.”

Efficacy testing has begun to see if the app is helping people manage their panic attack symptoms. Using the app is simple. You hold your finger on the camera flash for eight seconds, which measures heart rate, and the app guides you through a series of questions, including lifestyle factors such as eating patterns and alcohol consumption, that may predict increased likelihood of having a panic attack.

“We hope this will be a beneficial tool to help those who suffer from panic attacks,” Ellen says. “Having this on your phone makes it easy to respond when an attack is coming on.”

Ryan and Ellen McGinnis are making their PanicMechanic app available free of charge to current Lafayette College students until August 2020. Interested students should send an email to customerservice@allostatech.com from their Lafayette email, and they will receive instructions on how to access the app for free.

Ellen and Ryan went to high school together in Hinesburg, Vt., and knew each other as friends. By coincidence, they were both accepted into Lafayette. When they realized that they were the only two Vermonters that year, a romance blossomed. 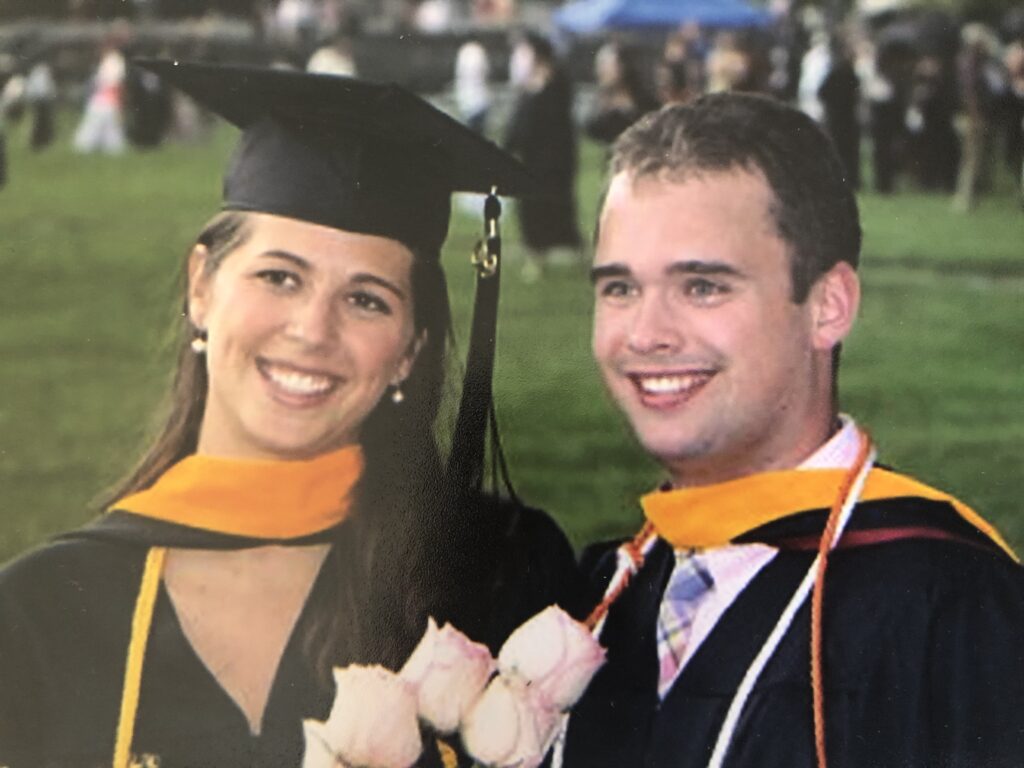 Both say that Lafayette prepared them well for careers in academia and research.

“Every psychology course I took, I had a lab that has us do at least three experiments. Not many other people had that going into graduate school,” Ellen says. “I was very prepared to do human subject research. And I was fascinated by that. Because of my Lafayette experience, I knew that I wanted to do research all along.”

“Yes, I would agree,” Ryan adds. “For me, I was a mechanical engineering undergrad. The opportunity to take cross-disciplinary classes is something many engineering schools don’t offer. I took a bunch of English classes and literature classes that I never would have taken otherwise; I think that really shaped me, along with an amazing research experience. As a researcher, that cross-disciplinary experience is really valuable.”