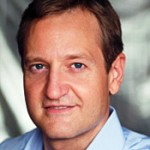 Burton, who joined Lafayette as investment director in 2015, previously was a senior investment manager with the IBM Pension Fund, where he was responsible for over $12 billion in public equity and alternative assets during his 10 years there. Prior to this, he worked at PWC doing corporate consulting and then mergers and acquisitions, after beginning his career as an analyst at Goldman Sachs. He is a chartered financial analyst and holds a B.S. in finance and economics from the Wharton School at the University of Pennsylvania.

Burton was among four professionals recruited to Lafayette by Bohrer, who established and grew the College’s first comprehensive investment office in New York City. Bohrer brought to Lafayette nearly three decades of experience in asset management, first at J.P. Morgan Asset Management (18 years, leaving as managing director), and then at the Sloan Foundation (nine years as investment director). Prior to Bohrer’s arrival, the endowment had been managed by the Board of Trustees’ Committee on Investments with assistance from two outside consultants.

“Joe has been a tremendous asset to the College and to my leadership team,” said Lafayette President Alison Byerly. “His expertise, professionalism, and steady hand have been instrumental in strengthening our financial position in ways that improve the education we offer today and ensure our continued leadership position moving forward. I wish him the best of luck with the next chapter of his life.”

“Lafayette represents the best of the liberal arts tradition, one I believe in deeply and have experienced myself,” said Bohrer, who has no immediate plans to work for another organization. “I knew little about the College when I joined, but my experience here has made clear to me the vital importance of preparing young people for work and life—and the extraordinary talent and dedication of my colleagues to make it happen. I wish my colleagues all the best during these very challenging times. I’ll be rooting for them.”