CNN recently published a piece about the tough questions white Americans are increasingly asking themselves about race in light of the George Floyd protests—the most difficult question being, “Am I racist?” 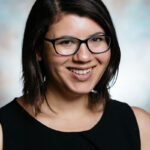 Angela Bell, assistant professor of psychology who studies how people fail to recognize their own racism, shared her expertise, explaining that everyone has some racist attitudes.

Categorized in: Academic News, Faculty and Staff, Featured News, In the Media, News and Features