Never has there been a more opportune or important time to talk about topics that are normally considered “difficult” to discuss with others—topics such as race, ethnicity, or cultural differences that can normally be conversation stoppers. In a world where we are all being called upon to do our part in building a more just society, Lafayette’s Kaleidoscope Social Justice Peer Educators (referred to as “SCOPES”) facilitate dialogue during programming designed for the campus community. 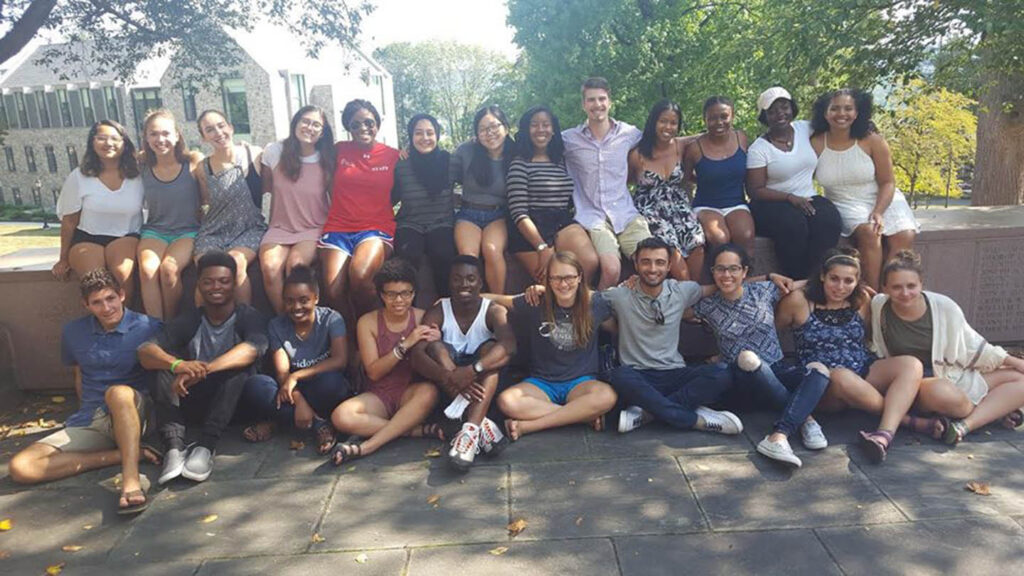 Kaleidoscope was born out of a 2011 grant from the Teagle Foundation, when Lafayette provided stipends to faculty members considered “change agents” and allowed them to integrate diversity into their courses and start a peer education group.

About 25 students (sophomores, juniors, and seniors) act as SCOPES each academic year and undergo extensive training that allows them to tailor conversations for groups and organizations such as residence halls, fraternity and sorority houses, student organizations, athletic teams, and new student orientation, faculty orientation, and admissions events. They also work with Tracie Addy, director of the Center for Integration of Teaching, Learning, and Scholarship (CITLS), so that every new class of faculty at Lafayette meets with the SCOPES for various discussions, such as best practices in the classroom. 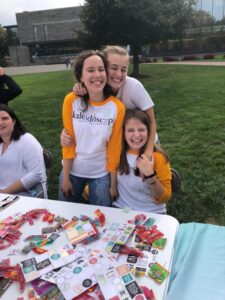 Because the program challenges these students to think critically about their communities, once they’re selected, SCOPES complete a training program to understand the complexities of a range of diversity issues, as well as facilitation and leadership skills.

“One of the most common trainings that we do with other groups, as well as with ourselves, is called Social Justice 101. You need a baseline to establish that there is prejudice and discrimination, and if you haven’t personally felt something, you’re not going to be aware of it,” explains Kaleidoscope coordinator Kelsey Moum ’21. “That’s what privilege is like, so you have to start with foundational training. It’s a very diverse group, which I’m thankful for every time we meet because other SCOPES change my perspective all the time, which I think is kind of a training in itself.”

Moum is quick to point out that nobody in the group sees themselves as an “expert” on any topic, and that the idea of facilitation also means that every person involved in a discussion has an opportunity to learn something from each other. Recognizing that every individual has room for growth and that people with different points of view can still respect each other leads to more productive discussions.

SCOPES have remained strongly connected since the College was forced to close campus during the COVID-19 pandemic. As the country has grappled in recent weeks with the effects of racism sparking nationwide and even worldwide protests, the group came together to release “Resources for Learning About and Contributing to Racial Justice,” which was compiled from resource lists and Lafayette students. The document contains information on how racism operates in society in a variety of ways, and recommends books, articles, videos, podcasts, and other resources that can help those struggling with how to get involved.

“Our Kaleidoscope group chat has been extremely active. There’s momentum with this movement right now, and it’s important to take hold of that and run with it,” says Moum. “The sentiment held by all of the SCOPES is that we’re conscious of our actions in the world.”

“The anti-racism resource list is something that these students have been working on since the semester ended. As more people have seen it, they ask if they’ve been working on it for months, and the answer is that this was not a project for a professor or separately part of another project. This was not something that they were asked to do. They felt it was an important thing to do,” says Hendrickson. “I’ve had a chaplain at another school ask me if she could share it with her students, and the SCOPES want this information to get used in other places.”

Yazmin Baptiste ’20 also recently developed a Kaleidoscope Social Justice Peer Educators podcast, with the debut episode focusing on a “Mental Health Invisible Tour” through the College campus. The group is also hopeful that it will standardize an early-semester retreat in the new academic year, where they will talk about how their own identities shape their approach to social justice.

“This group of students are really leaders on campus. They’re helping to make sure that if you’re a student of color, a queer student, a woman in a major where there aren’t many women … they’re helping people develop those tools to be as inclusive and as welcoming as possible,” says Hendrickson. “These students are caring and committed, and it’s always exciting to hear that early in their time at Lafayette, these students can see and help others feel that, ‘There’s a space for me.’”