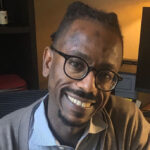 Mikael Awake, assistant professor of English, wrote a piece for The New Yorker about the National Football League’s plans to move forward with a fall season despite the risk it poses to athletes, nearly two-thirds of whom are Black. Awake also discussed the NFL’s handling of concussion research and sideline protests against police brutality in the piece.

“To clamor for sports to ‘come back’ as they existed pre-COVID-19, even as the global presence of the virus reaches new peaks, is to blithely hand-wave at the hundred and forty thousand Americans the virus has killed so far, a wrenching mark of moral collapse,” he wrote. “But the NFL’s dismissal of Black suffering is an existential imperative.”

Read the full piece in The New Yorker.

Categorized in: English, Faculty and Staff, Featured News, In the Media, News and Features