Next time you’re in a classroom (whether in person or virtually) give yourself a moment to take a look around. The visible (and invisible) differences of people sharing that space with you means that they likely experience class differently than you do.

Academic institutions have long been questioning how to make sure every student receives the type of instruction they need to successfully complete their degree, as well as how to build on their differences and strengths to foster a more inclusive classroom. Now, a new survey tool may help incorporate students’ varied experiences to aid their instructors in embracing every type of learner.

Two years ago, in an effort to figure out what factors were important for inclusive teaching, Tracie Addy, associate dean of teaching and learning, Khadijah Mitchell, Peter C.S. d’Aubermont, M.D., Scholar of Health and Life Sciences, and Derek Dube, associate professor of biology at University of Saint Joseph, conducted a survey study with instructors at institutions across the country. The rich data they received helped them build further research and put them in touch with peers with a like-minded focus. 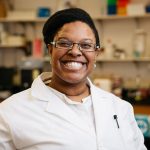 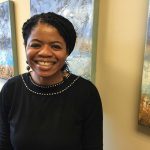 “I initially heard of others who did some things around this at various institutions, and they were building tools that collect anonymous information on their students to support inclusive teaching efforts. It was typically done after the fact—not necessarily preempting the class, which certainly has value. We tried to figure out a way to do this before or at the beginning of class with appropriate pedagogical supports in place,” explains Addy, who also serves as director of the Center for the Integration of Teaching, Learning, and Scholarship. “I asked a number of students, faculty, staff, and administrators to help us build a form. We piloted it last semester with three instructors and five classes.”

That form became known as the “Who’s In Class?” form, which enabled students to anonymously submit information about themselves that would help instructors design a more inclusive learning environment at the beginning of a course.

Educators across the country already may be using inclusive teaching strategies without specifically labeling them as such. Inclusivity may not require courses being redesigned or big deviations from an instructor’s normal teaching routine. Rather, it suggests ways to create a good learning environment for everyone in a classroom—something not all teachers get to focus on during their own education.

“I’ve been teaching at USJ for six years, and I still end up getting a crash course in what it means to be a teacher every day. None of my training really spoke to students as individuals, equity, or inclusivity. To find your feet as an instructor and a faculty member, there’s a whole other world where you pull back the covers of what’s important,” shares Dube. “Exploring this project with Tracie and Khadijah has been eye-opening for me, and a part of it was self-education, but the goal was doing the research, learning from it, and then being able to share these tools and knowledge so that teachers coming up in the pipeline have these resources available for them.”

The trio co-authored a piece on their research that was recently published in Inside Higher Ed and also have a book, What Inclusive Instructors Do: Principles and Practices for Excellence in College Teaching, being published early next year (along with Mallory SoRelle, former assistant professor of American politics at Lafayette and current assistant professor of public policy at Duke University Sanford School of Public Policy). What is most important to them, however, is that the results of their first Who’s in Class? form helped instructors create an action plan for more inclusive teaching efforts.

“The takeaway when I think about the pilot is that a small thing can have such a big impact on the atmosphere in the classroom. Throughout my graduate training, I wasn’t taught how to teach inclusively. I think about that a lot in my classroom now—who’s not at the table or whose voice is not being heard,” shares Mitchell. “Working with Tracie and Derek, I’m able to study the art and science of inclusive teaching. Through my lived experiences I understood the importance of it, but now we have replicable principles and practices that would benefit other teachers and learners. As a first-generation student and woman of color in STEM, it’s important to me that I consider the things that you don’t see and to be the professor that I didn’t always have.”

Another takeaway for the group was the ability to gather data from courses that were both on-ground and online. And though the pandemic forced all courses to be taught virtually midway through the spring semester, it allowed instructors who piloted the form to build community early in their class, and instructors were still able to make changes for the courses and provide feedback.

“If it can work during a pandemic, it can work anytime. We are using the form again this [fall] semester, and we’re also doing it with different types of courses,” says Addy, who confirms they’ve had faculty at other institutions asking for the form since the Inside Higher Ed op-ed was published. “It will be interesting to see if there’s feedback from those who actually do use it at various institutions and how they change it, because I expect there to be modifications based on student populations at an institution. But it’s nice to have people contacting us and asking if they can use this as a starting point.”

“The Who’s In Class? form provides a talking point,” echoes Dube. “It helps you show your students that you care about these topics in a meaningful way.”