On April 20, the International Affairs program held the “Globalization in the Age of COVID-19” discussion panel via Zoom, in which five professors shared their views on the momentous impacts of the coronavirus on politics, societies, and economies throughout the world.

“COVID-19 is a pandemic that is sweeping the globe and knows no borders,” said Angelika von Wahl, chair of the International Affairs program, who guided the talk. “It led to deep disruption in local, national, and international trade, travel, and production. Hundreds of thousands of people were stranded in other parts of the world trying to get home. Many others faced the impossibility of going anywhere safe. All while global commodity chains from medical supply and many other goods were interrupted and broke down.”

Today, in August 2020, von Wahl adds that the situation has worsened, with the rate of infection in the U.S. alone nearing 5 million and the tragic death toll at over 150,000 people.

Gallemore, who kicked off the discussion, spoke about what he thought could be some of the long-term impacts of COVID-19 on the structure of global trade and global value chains. 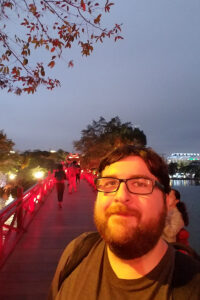 “International Monetary Fund is forecasting the biggest economic recession since the Great Depression, and World Trade Organization is forecasting a drop of between 12% and 30% in global trade volume over the next year. There’s discussion amongst logistics and supply chain professionals about how companies are going to be sourcing. Right now, we don’t know. One of the big variables is what lessons firms are going to learn, fail to learn, and overlearn from COVID-19.

“One possible lesson they could overlearn, that might have significant global economic impacts, is the need to diversify the supply chain. There is a lot of talk about the risks involved in concentrating your supply base in a single country—in this case, China. There’s speculation that firms might start diversifying production out to other countries. If that does happen, that means some big winners could be places that have higher wages, but might be perceived as a slightly lower risk because they are geographically separated from major production centers.

“Another lesson might be that we want to rely more on automation. If we see China as too risky and we don’t want to concentrate production in one place despite labor costs, we might start seeing onshoring take place. Onshoring might not necessarily come with extra jobs, but it might be more investment in automation. If firms learn the lesson that machines don’t get sick, that might actually be bad news for a lot of people.”

Prof. Ilan Peleg: The Relationship Between Globalization and COVID-19

In his discussion, Peleg explained several ways in which he thinks COVID-19 relates to globalization, from micro to macro level. 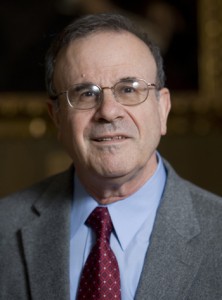 “Coronavirus in all likelihood will weaken our American position in international relations, particularly because of what I describe as a catastrophic failure in dealing with a crisis. The United States was caught unprepared despite many warnings, and I think the American reaction to the crisis has been rather unimpressive.

“In regards to the response of the administration in Washington, D.C., I think it has been wrong-headed on several points. There has been a tendency to accuse others outside and inside the United States as responsible for the crisis—China, different governors of a variety of states, and so forth. We also adopted a unilateral approach rather than a multilateral one by focusing on WHO [World Health Organization] as the enemy. These attitudes and policies contradict the essence of globalization.

“Can the United States recover from this catastrophic failure? My answer is yes. But we need to change our approach. We have to try to initiate a new and more effective global system of early detection and comprehensive testing. We also have to try to restore American leadership and adopt an international approach to what is truly a global situation.”

Perrot addressed scholars’ concerns about the future of Africa in the coming decades as a result of COVID-19’s impact on the continent. 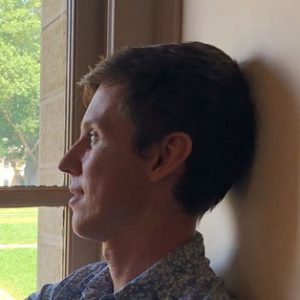 “Despite advanced technology, new hospitals, and experienced doctors and nurses after previous pandemics such as Ebola, many countries in Africa do not have resources to face the COVID-19 pandemic. Considering the population density and the economic impact of the pandemic, COVID-19 could be devastating. Roughly 10 million people there are HIV-positive, which makes them more vulnerable. The 21 countries of the continent, which depend upon exportation of raw material, will suffer from the world economy crisis.

“According to Shannon Smith at the Africa Center for Strategic Studies, there were more than 60,000 Africans studying in China, and thousands of African students studying in Wuhan found themselves caught in quarantine, cut off from consulate services. Travel between China and Africa was also drastically reduced, and many African airlines canceled flights. These developments will affect commerce between China and Africa.

“On April 14, Donald Trump decided to withdraw the U.S. contribution to the WHO, which represents 17% of the organization’s total funding. This is the only universal organization that could efficiently fight against COVID-19. Jean-Yves Le Drian, the French minister of foreign affairs, worries about the end of mutual multilateralism, and the rise of national protectionism and ambitions to take advantage of other countries’ misfortune. The pandemic could impact Africa in the long run, and the economic crisis sparked by the pandemic might create a dreadful surge in sociopolitical instability in the continent in the upcoming 10 or 20 years.”

Stewart-Gambino focused her discussion on the effects of the pandemic on globalization in Central and South America. 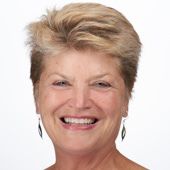 “Since the imposition of neoliberalism through the Americas after the 1980s debt crisis, most of Latin America was pushed into neoliberal export-oriented growth. This led to deindustrialization in Chile, Argentina, and Brazil. Macro-level growth was accompanied by far greater inequality in many countries, leaving them politically and economically vulnerable to economic downturns.

“Recently, economic growth has slowed. And, not surprisingly, there’s been a rise of political unrest. For example, prior to the pandemic, there was virulent protesting in Chile, demanding a new constitution that is more inclusive, responsive to, and accountable to citizens’ demands. The pandemic’s death rates, the inadequate health care systems, the inability of governments to target economic aid, and the rising discontent around inequality will likely be accelerated, affecting the politics of globalization.

“Yet, Latin America is no longer simply our ‘backyard.’ Bolivia, Chile, Uruguay, and Venezuela already signed on to China’s $1 trillion Belt and Road Initiative, and China has replaced the U.S. as their primary trading partner. The basic choices are the perennial ones for the U.S. Do we double down on our short-term interests using our military might, covert operations, and economic muscle? Or do we choose a more multilateral approach in recognition that the U.S. can no longer take Latin America for granted?”

Von Wahl ended the panel by comparing COVID-19 to a “social X-ray” that has exposed the underlying structures, values, and weaknesses of societies across the globe. 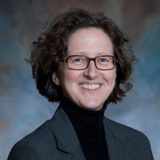 “We find two main problems exposed by this social X-ray. The first is social inequalities—class, ethnicity, race, and gender, which are also intersecting. The second is political dysfunction.

“Class: Over 23 million people in the U.S. lost their jobs. Unemployment usually leads to loss of health insurance. Ethnicity: Many undocumented immigrants in America have no rights, access to health insurance, or legal status. Race: African Americans are twice as likely to die from the coronavirus than whites in New York City, Detroit, and Alabama—one legacy of segregation, severe social inequality, and underinvestment in Black neighborhoods. Gender: While mortality rates for men are slightly higher, many women are working in the most exposed sectors as nurses and doctors, in child and elder care, and in grocery stores and supermarkets, where they are exposed to many people without provision of masks.

“How is the richest country in the world, with the best scientists, faltering in its response to this crisis? Anti-science propaganda in the United States has described the virus as a hoax, leading to confusion and denial in the face of a deadly disease. The government has refused to coordinate the acquisition of masks and ventilators for its own people, which is unique in the world. The centrality of a capacity to organize, coordinate, and lead is so questioned in the U.S. that, even in the face of a crisis, it can’t be done.

“Only when we recognize these legacies of inequality, accept scientific facts, cooperate with each other, share our knowledge and wealth, and conduct necessary structural reforms, will our world receive a clean bill of health.”