(Note: Images shown were taken in February 2019, prior to mask-wearing and social-distancing protocols.)

The pandemic led to many disappointments during spring semester, not the least of which was a lost shot at an unprecedented trifecta national championship for Lafayette’s steel bridge team.

Hardly wistful, despite the competition’s cancellation in spring, members of the team, with their academic adviser and mentor and sponsor, met virtually in August to celebrate their accomplishment and relive the tireless work that went into their design.

Steve Kurtz, team adviser and associate professor of civil and environmental engineering, speculated that teams from other schools probably abandoned efforts to complete their bridge designs after cancellation of the regional and national competitions in April and May. But Lafayette’s civil engineers soldiered on, refining a design that Kurtz believes would have easily captured a third consecutive win.

“I feel that this team would have been the back-to-back-to-back national champion, if not for COVID,” Kurtz said.

“Despite following back-to-back national champions, the 2020 team was our best team yet,” he said. 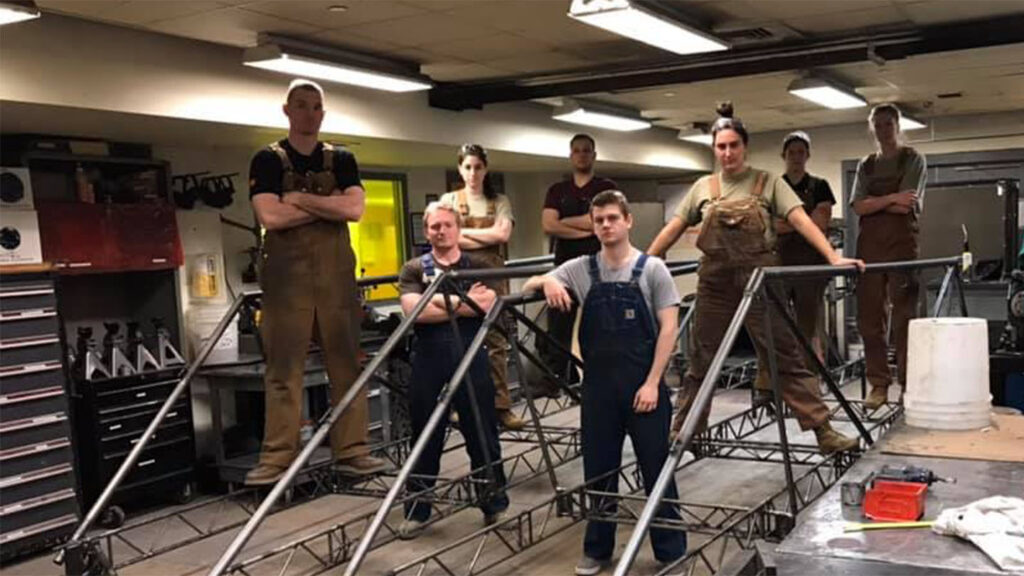 Members of the steel bridge team on campus in February.

Kurtz thanked the team for coming to work every day, before the campus closed in March, “with a lunch pail attitude.” He described how everyone arrived in the shop with their coveralls ready to work, always looking to make things better.

Listening in on the Zoom gathering with great interest about the team and its individual members was D. Kirk Harman ’77, co-founder, president, and managing principal of The Harman Group, which sponsors the team, providing the resources to purchase tools and equipment for precision bridge building. The Harman Group was the structural engineer for Rockwell Integrated Sciences Center and the McCartney Street residences.

An x-y table for the drill press, laser levels, jack stands, digital rulers, inclinometer, and welding equipment are all in the team’s tool chest, thanks to Harman’s support.

“We crushed every schedule that we set for ourselves,” said team member Drew Harmon ’20. “Part of that was having the right tools for the job.”

“These are the kinds of things that made everything so much better, and we thank the Harman Group for that,” Kurtz added. 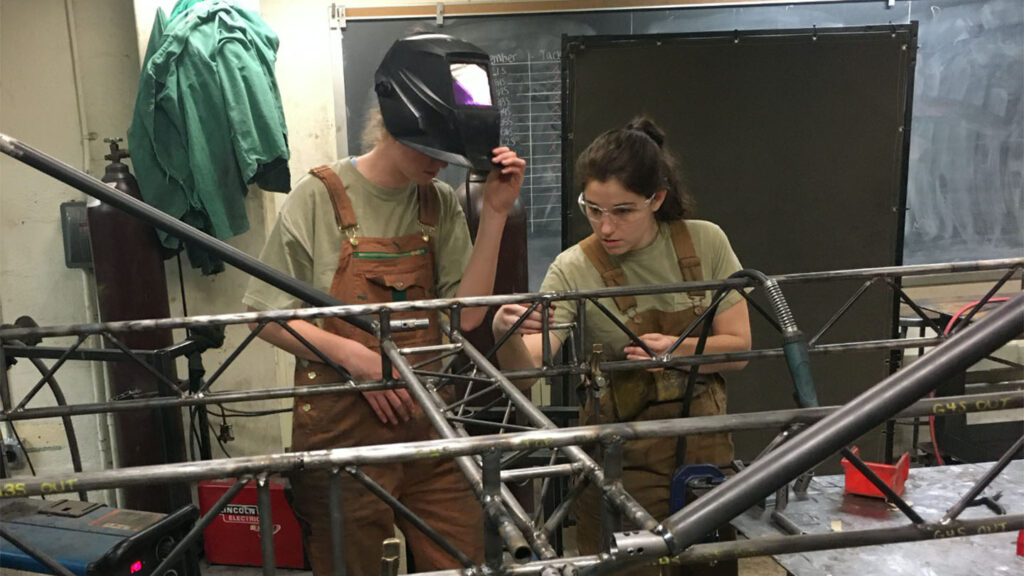 The Harman Group provided the resources so the team could purchase tools and equipment for precision bridge building.

The team’s new leadership has a solid platform to begin work toward the 2021 competition, a high mark to beat.

In his recruiting among junior civil engineering majors, Kurtz looks not only for technical ability but also for an equal or greater measure of personal responsibility. During spring semester, he brought in Sam Klearman ’21 and Sarah Hawtof ’21, who had to learn and start contributing on the spot.

With all of the heightened expectations, “it was like drinking from a fire hose,” Klearman said.

“It was a crazy experience jumping in back in February,” Hawtof added. “Just learning and seeing how the process worked will give us an advantage this fall and spring and help us teach members of the new team.”

For the 2021 team, the hardest team in the nation to beat will be Lafayette’s 2020 team, predicted Kurtz, noting that for the first time the American Institute of Steel Construction and American Society of Civil Engineers, sponsor of the national competition, has decided not to change the rules for next year’s national competition.

“It’s a very high challenge, but we’re going to have the best team in the country in 2021,” Kurtz said.

Harman was clearly impressed by the team’s work ethic and skill.

“It’s very rewarding to see that our support has gotten such use,” he said. “I’m also impressed by the student team. This experience will take you a long way. Keeping a schedule is exactly what you do (as a practicing engineer). This is good stuff, all of it.”