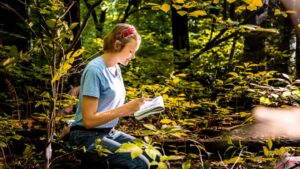 What my research is about:
“Habitat fragmentation is the process of breaking land into small parcels, which occurs by human activity, such as the building of roads. This allows pollution further into forests, changing conditions and making the habitat unfavorable for the species that live there. One way to evaluate this change is to evaluate bioindicator species, which can be used to estimate the condition of cohabitating species. If the bioindicator isn’t doing well, it’s a sign that other species aren’t either. The red-backed salamander is a bioindicator native to Pennsylvania with two unique qualities that make it sensitive to ground-level change. They’re lungless, so they breathe through their skin and the moisture in the soil. They’re also terrestrial, living their entire life in the soil. My lab has been studying this species at Jacobsburg State Park since 2014, and we’ve found significantly lower salamander abundance and more acidic soil at the fragmented site. I believe this is due to soil salinity resulting from road salt pollution. This research is important because it could help widen the field of knowledge on terrestrial salamanders and inform environmental management plans on forest quality.” 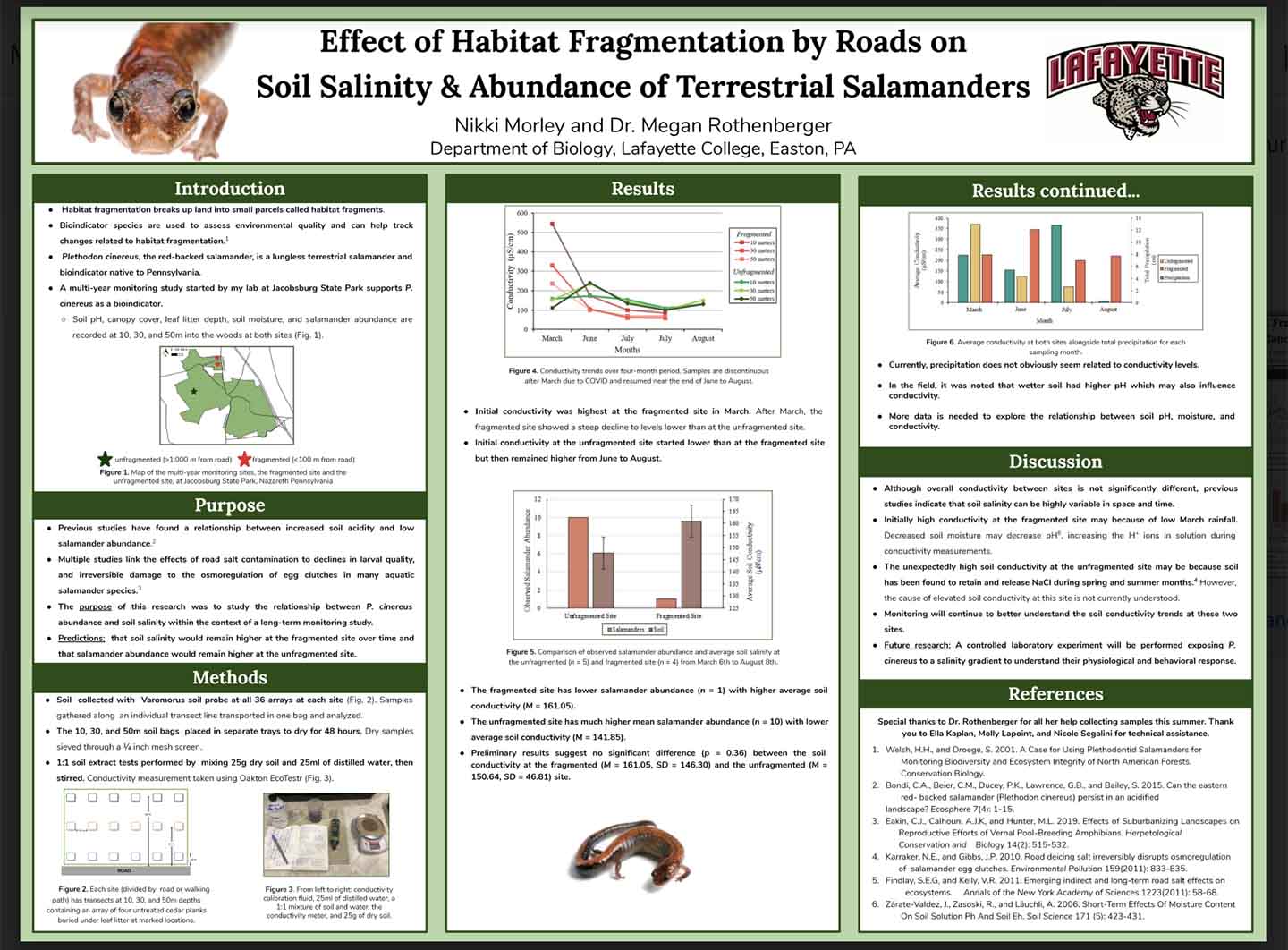 What surprised me the most:
“While sampling from June through August, the soil salinity at the unfragmented site (nowhere near a road) stayed higher than that at the fragmented site. I don’t exactly know why this is yet; I suspect there may be an interaction between soil moisture, pH, and conductivity.”

Why this experience is valuable:
“I’ve been working in Prof. Rothenberger’s lab since my junior year, and this is the first time I’m leading a project. It’s helped me understand how a lab dynamic should work, and it’s given me confidence in my own abilities. Now, I can’t picture my future without a career that involves research and fieldwork.”