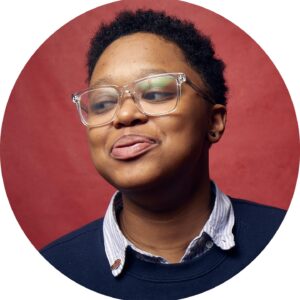 When Nyree Spearman ’17 signed up to work as a post-production coordinator on the HBO documentary We Are the Dream: The Kids of the Oakland MLK Oratorical Fest, she knew she was in good company with the film’s Emmy-winning director, Amy Schatz. What she didn’t foresee was just how special the project would turn out to be.

Set in the Oakland Unified School District in California, the film follows the stories of students in the months leading up to the 40th annual MLK Oratorical Festival—in which the children showcase not only their compelling public speaking skills, but also the deep connection they draw between their own lives and the words of the great Dr. Martin Luther King Jr. Last month, the documentary snagged the Emmy for “Outstanding Children’s Program,” tying Jim Henson’s The Dark Crystal: Age of Resistance and beating out Disney’s Star Wars Resistance.

Spearman shares what it was like to work on the award-winning film. 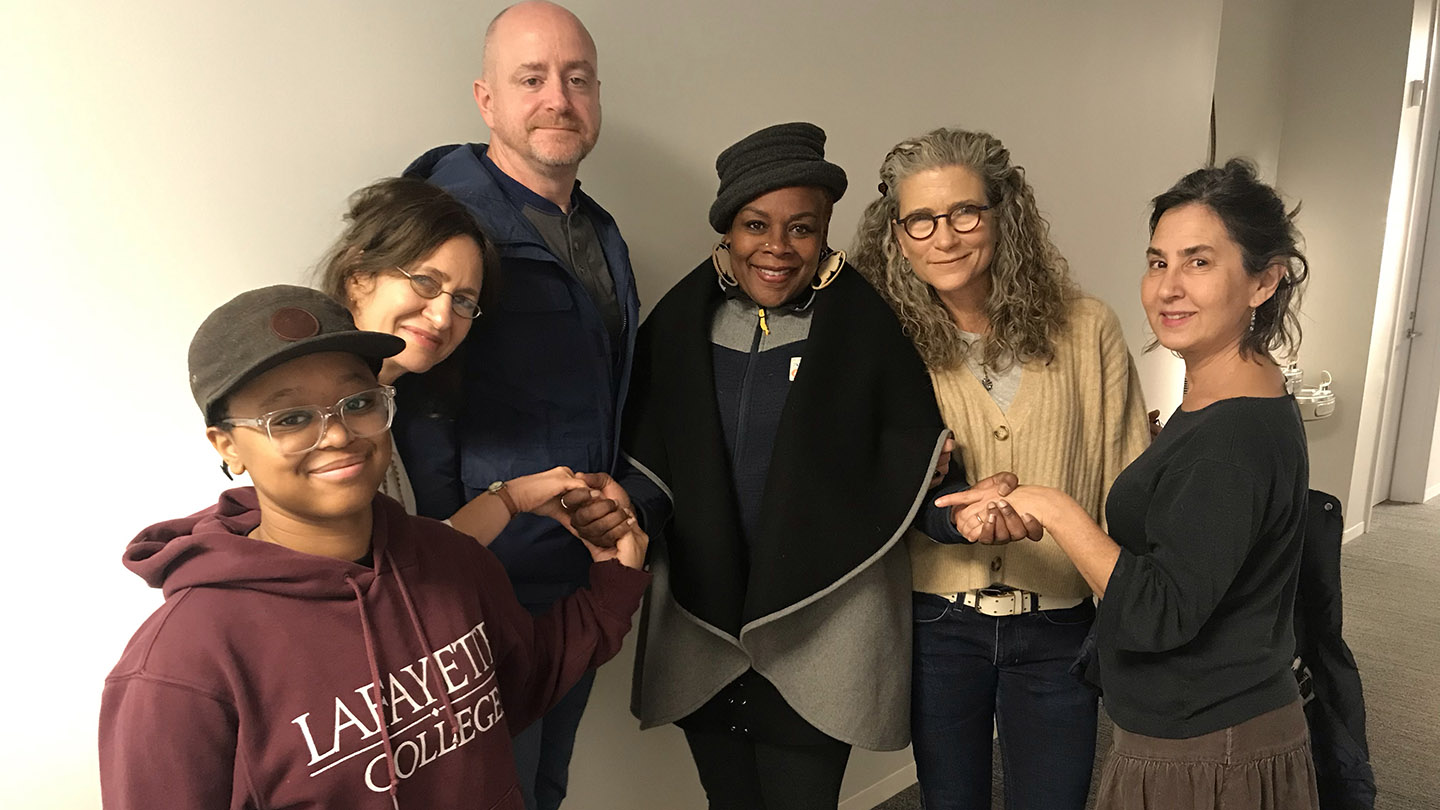 How does it feel knowing a project you worked on earned an Emmy?

I was surprised. I never thought I would be working on a project that would gain that recognition. I saw the other titles in the category, and I felt like we had a pretty good chance because our film holds such an important message, especially today. We were up against Star Wars, and everybody loves Star Wars. But then again, the director/producer, Amy Schatz, she’s won plenty of Emmys, so I guess that shouldn’t have been a surprise to me. She does great work, and she puts all of her into her projects. She’s been a great mentor, and I’ve learned so much from her.

Did you get a statue?

No, I won’t be getting one. The producers and the director get the Emmy.

How did you get involved with the film?

In March 2019, I was unemployed, and I got an email from a connection I had as an intern at Motto Pictures. She said, ‘Hey, this producer I know needs help transcribing. Do you want to help?’ And I said, ‘Of course!’ The next day, the production coordinator reached out to me. That following Monday, I started doing transcribing work for them, which was really fun because I got to see a bulk of the footage of the performances and how passionate these kids were about what they were speaking about.

After a week of transcribing, I got to speak to Amy Schatz and Diane Kolyer, the producer. They saw I was trained in Final Cut Pro, which is not a popular thing in the documentary world or at HBO overall. But the editor, Tom Patterson, really likes Final Cut Pro X. After our conversation, they offered me a post-production assistant position. After a few months, they offered me a higher position as a post-production coordinator.

What does a post-production coordinator do?

On this team, I wasn’t what you’d call a conventional post-production coordinator, because I also had responsibilities as an assistant editor. My job was to keep the Final Cut library organized. That meant organizing all the footage and audio, and synching the footage. The film is very performance-based. So, we had a lot of footage of performances from various angles in the auditorium. I was also assisting the editor, helping around the office doing paperwork … any deliverables having to do with post-production, I was there.

That must have been a tough job, juggling all that footage—especially since the crew started out filming various students, without knowing which of their stories would make the final cut. What are some challenges you faced in your role?

The organizational aspect was pretty difficult. Students performed either published or original poetry or monologues, either solo or in groups. How would you organize that? Luckily, before I came onboard, they had already divided students based on what school in the Oakland Unified School District they represented. Then, based on who moved on to the semifinals, they chose students to follow from each school. By the end, they had an idea of who they wanted to follow based on interviews with their families and individual interviews with the kids.

In one section of the film, we had to connect how Dr. Martin Luther King Jr.’s legacy inspired the young people in the film. So, another challenge was finding archival footage from Dr. King’s lesser-known speeches.

What are you going to remember about this film down the line?

Working on this film was the first time I had any hope for future generations, especially considering the climate of our society today. The youngest performer we followed was 7 or 8 years old, and the oldest was 10 or 11. Of course, younger [and older] students are allowed to be part of the competition. Seeing these kids get up in front of hundreds of people with such profound messages, and understanding what they’re saying, it gives me hope for the future. Performing in front of people is not easy.

The Oakland MLK Oratorical Fest is included in the district’s curriculum. It’s nice to see that children at such a young age are encouraged to get up and speak truth to power. Not only that, but they learn the history behind some of the speeches they recite, and they analyze the meanings. It was a wonderful thing to see.

My most memorable moment is watching Gregory Payton perform. He recited the speech Dr. Martin Luther King Jr. gave the night before his assassination, “I’ve Been to the Mountaintop.” When you interact with Gregory, he seems like such a quiet kid. But when he gets on stage, something within him just clicks and comes alive. I don’t know how to describe it, but it’s pretty amazing.

What kinds of topics did the kids tackle with their performances, and why are they so important for the world to see—especially this year?

The topics ranged from immigration, to racism, to police brutality. For example, Abrar Mohammed performed a poem her sister wrote about the Islamophobia she and her family experienced in this country. It’s powerful because—in our climate and an administration that’s trying to silence marginalized and underrepresented voices—seeing it come from younger people, seeing how it impacts them, is very important.

What’s some other work you’ve done that you’re particularly proud of?

While We Are the Dream was in production, I worked on another documentary with Amy Schatz called In the Shadow of the Towers: Stuyvesant High on 9/11. This is a short documentary about Stuyvesant High School students and their experiences being blocks away from ground zero on September 11, 2001. Eight Stuyvesant alumni shared eyewitness accounts and how this tragedy changed our country and their lives forever.

What’s on the horizon for your career? Are you working on any new projects with HBO?

That was a good thing about being at Lafayette. In the film and media studies [FAMS] department, you not only practiced filmmaking and production, but you studied other people’s work and read about and discussed theory. My favorite part was practicing that theory in my own work. I came out of Lafayette so sure that I wanted to be a documentary film director. As I gained more experience, I thought I wanted to edit. Then I saw the managerial aspect of post-production and felt comfortable in that. Sometimes you have to try different things and see what you like. I do hope to work with HBO again in the future.

Did you always want to work in film production?

No. I actually went to Lafayette in the hopes of doing a creative writing major, because I was passionate about writing at that time. But when I took FAMS 101 [Introduction to Film and Media Studies] with [associate professor of film and media studies] Andy Smith, that course changed my mind. Essentially, making film is a form of creative writing, and you can use it as a tool to critique or comment on certain aspects of society. I wanted to do that, and FAMS helped me realize that documentary filmmaking was the avenue to do it. Lafayette taught me that no matter what I do, if I’m passionate about it, I should go forward with it.

Why are you passionate about the work you do?

Seeing other people inspired and passionate is what I love about this job. It’s contagious. I also love the problem-solving aspect. Seeing things work, even if they seem impossible. Because of our unique workflow with such a busy post-production calendar, there were times when I didn’t think we were going to make certain deadlines, but we hit every single one. Post-production is where all the magic happens.

Do you have any tried-and-true advice you’d like to share with FAMS students and anyone else who’s considering following a path similar to yours?

Don’t be afraid to work your connections and reach out to people you’ve worked with. You never know what it can amount to. I’ve learned that people genuinely want to help if they can. You’re not being annoying, and the worst thing they can say is no or they don’t have anything for you at the moment. Use your connections to your advantage.