There’s a moment in the Invocation where the violin, soaring through a thrum of quick strokes, holds a high-pitched emotive note, redolent of a scream.

It evokes what could have been the reaction from a slave who has just learned about being sold by a northern Jesuit university to a sugar cane plantation in Louisiana.

Or maybe that note rings out like a door frame after being slammed shut and locked on the cargo hold of a ship carrying 272 slaves on a long journey south.

Such is the interpretive work of audience members as they listen to Hub New Music, a contemporary chamber ensemble, perform sections of a newly commissioned requiem composed by Carlos Simon dedicated to the slaves sold by Georgetown University to save the institution from financial collapse. 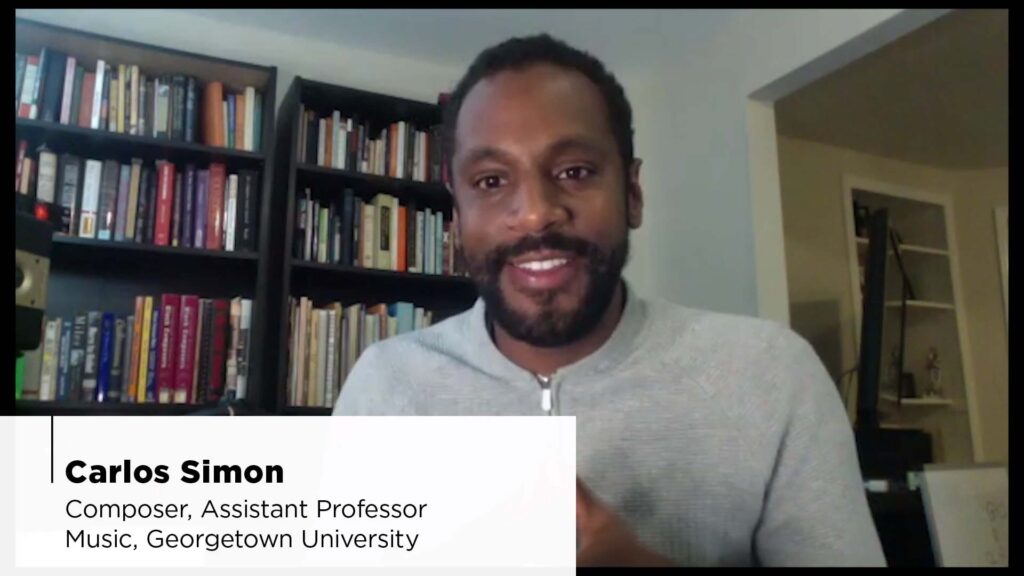 Performing at Williams Center for the Arts as part of its virtual season, the ensemble moved through moments in all six movements.

This modern requiem is a remembrance, marking the eternal rest granted to the souls of dead slaves.

If we go back to a young America, immediately following the success of the Revolutionary War, agriculture is in transition as plantations switch from exporting tobacco to growing food to sustain a new nation.

It led to a lack of liquidity, making it expensive to keep and maintain slaves, so owners would rent slaves for occasions or temporary work. Expansion of slave states helped liquidity as well as outright sales.

The latter is what Georgetown University selected to stay solvent.

Sharing the news of the sale in 2016 with the wider public, Georgetown took what Wendy Wilson-Fall, associate professor and chair of Africana studies, calls “a confident and important step to explore their history and not worry about what it will cost them.”

“They have turned this threat into an asset,” she says. “In America, there is a clear history of socially accepted frameworks that harm groups of people, whether it be slaves, American Indians at boarding schools, or today’s incarceration rates of people of color.”

“We often associate slavery with the South but networks of northern capitalists were pooling wealth from the slave trade,” says Jeremy Zallen, assistant professor of history. “That money, of course, made its way into higher education, implementing universities in the history of slavery. We are at this point today where college leaders are now either facing that shame or whitewashing it.”

It is never easy for an institution to recognize it is on the wrong side of history.

“Carlos Simon is brave as a young scholar to be so patriotic to face this history and present it so beautifully,” says Wilson-Fall. “And Georgetown has been transparent and made investments in reconciling it.”

The university commissioned Simon’s piece. It will be recorded in the spring and blend the requiem form with spirituals and spoken word as hip-hop artist in residence at Georgetown Marco Pave provides narrative rap.

“We are honored to help serve as a vehicle to tell this story,” says Michael Avitabile, founder and performer in Hub New Music. “Carlos is a friend of the ensemble, having worked earlier with us on a piece.” 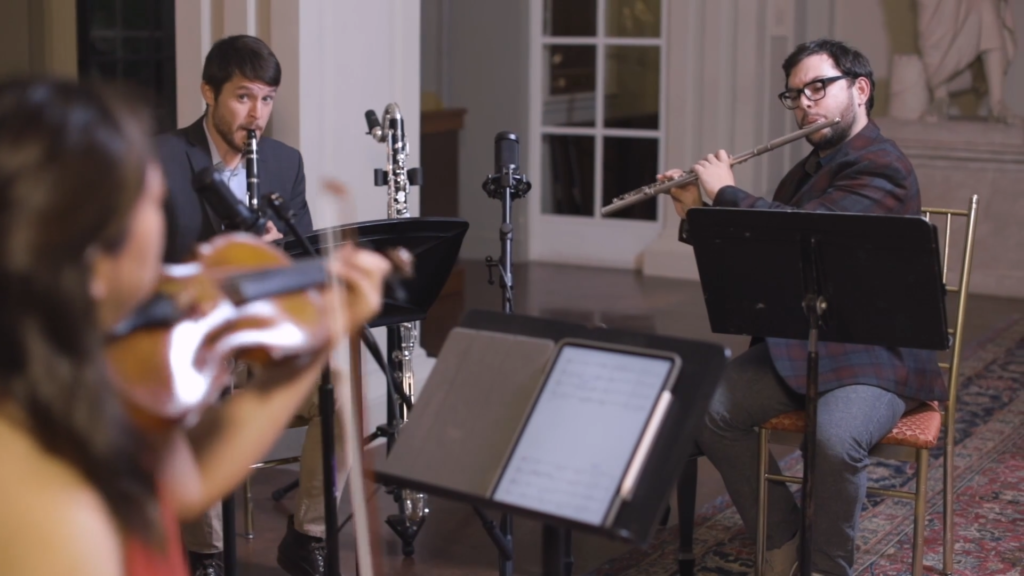 The group, consisting of flute, clarinet, violin, and cello, has spent months workshopping drafts with Simon.

“The trust between us and the shared reverence for this story is part of the importance of this work,” Avitable says. “The arts have the power to reflect the society we live in. We have a duty to engage with complicated material, ask ourselves hard questions, and inspire action that can better the world.”

As the ensemble performs the Kyrie, we have mercy in the syncopation of the cello and call and response between the woodwinds. During the Interlude, we feel the Big Easy in the slow saunter of the violin. In the Credo, we accept a fate that seems unbelievable. We search for glory in Gloria, a personal moment where beautiful pain of living is made manifest.