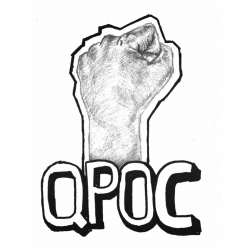 Lafayette College’s Queer People of Color (QPOC) is a student organization established to provide a safe and supportive environment within the larger Lafayette community to focus on the distinct needs of the lesbian, gay, bisexual, transgender, asexual, and queer communities of color on campus along with their active and affirming allies.

To commemorate Queer History Month this October, QPOC members, including Liz Arriaga ’21 (who serves as co-president of QPOC) and Imane Halal ’23 (who serves as secretary), compiled a list of resources via social media to share with members of the College community who want to educate themselves and become better allies.

“I really hope people are able to learn more about what being Queer is about,” Arriaga says. “I am really glad that we are even able to put such an extensive document like this together because that means that we are making progress in terms of representation.”

Organizations and Funds to Support