Despite technical obstacles, remote classes, and the challenges of getting the attention of national and international experts during a tense, heated election season, students studying political issues this semester with Prof. Mark Crain persevered to deliver compelling topical programming for election night in partnership with Lehigh Valley Public Media, home of PBS39.

Several video essays produced by first-year students in Crain’s FYS “In the Media” and seniors and juniors in his policy studies capstone seminar will be interspersed throughout PBS39’s election night coverage, which begins at 8 p.m. and runs till midnight and will be livestreamed at PBS39.org/Live. A panel of political scientists, including Lafayette’s own John Kincaid, Robert B. and Helen S. Meyner Professor of Government and Public Service, will have opportunities to react to the issues raised in the video essays.

During evening classes Oct. 27 and 28, Crain’s students had their first opportunity to review their videos with the PBS39 staff members who helped guide and polish their work: Javier Diaz, director of production, Jim Deegan, vice president of news, and Monica Evans, executive producer/host.

“It was amazing to see it all come together,” said Carly Johnson ’24, whose report, “Media Bias and Its Impact on Young Voters,” included interviews with Mukesh Tiwari, associate professor at the Dhirubhai Ambani Institute of Information and Communication Technology in India, and Pat Garofalo, director of state and local policy at the American Economic Liberties Project, who both spoke about how misinformation is spread on social media platforms. 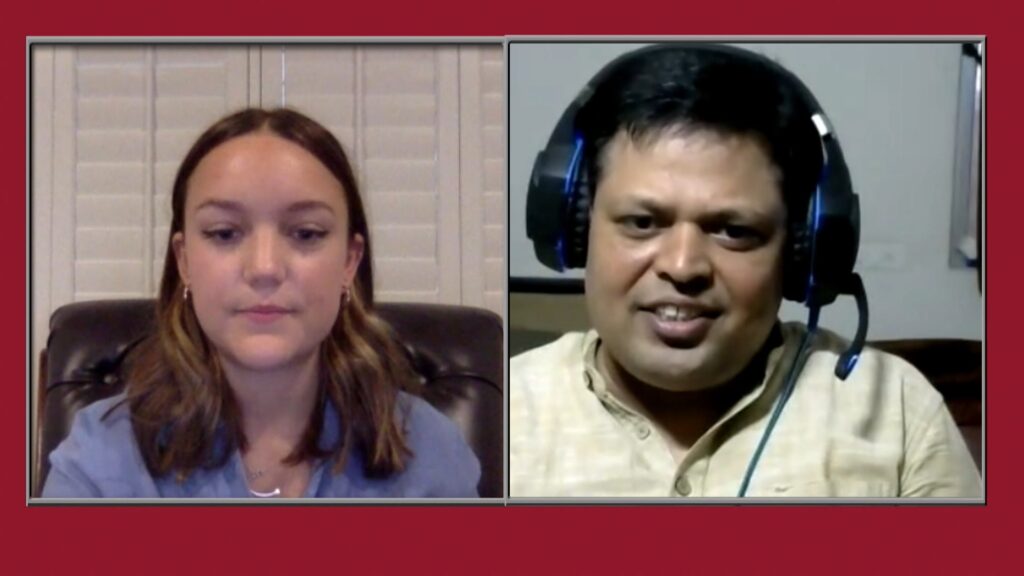 Evans complimented Johnson on her speaking voice. “Your voice is amazing,” she said, adding that her report “was very concise. I was right there with you.”

In her report about voter suppression, Brynna Daniels ’24 also cast a wide net to include insights from Sylvia Albert, director of voting and elections at Common Cause, a national nonpartisan political advocacy group, and David Thornburgh, president and CEO of the Committee of Seventy, a Philadelphia-based nonpartisan organization that advocates for better government and election integrity.

Crain, William E. Simon Professor of Political Economy and chair of policy studies, could barely suppress his widening grin while watching the finalized content from his students.

“It was like watching flowers bloom,” he said. “The depth of content is astounding. I want to see more.”

The mission statement driving the Lafayette-PBS39 collaboration is to engage in public scholarship relevant to the major issues, institutions, and individuals shaping the 2020 national election and its consequences.

Fourteen students in the policy studies capstone also delivered video essays aligned with that mission. Caroline Phillips ’21, who is considering a career path in the media sector, produced an essay on what issues are most important to first-time voters. Responses from a politically diverse group of Lafayette students are followed by commentary by John Zogby, founder of Zogby Strategies and one of the world’s most accurate pollsters. Huslen Dashpurev ’22 produced a video on the politics of state and local education funding, which includes interviews with Matthew Larsen, assistant professor of economics at Lafayette, and Joseph Roy, superintendent of Bethlehem Area School District. 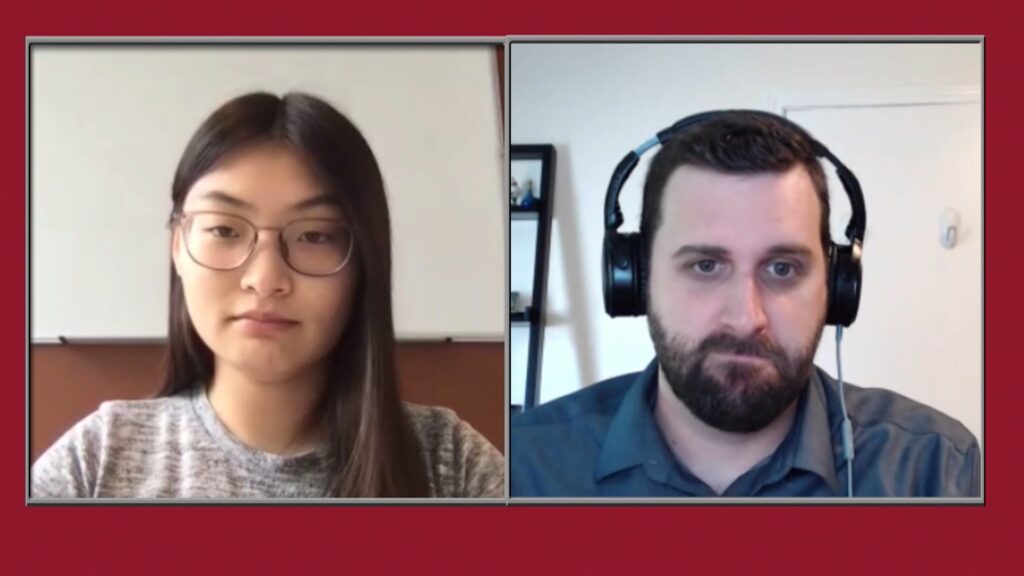 Four students’ video essays relate to the environment and energy, which young voters overwhelmingly view as political priorities. Gaby Cinquini ’22, interning this semester at the Hawaii State Energy Office, interviews two of her bosses about reaching that state’s goal of 100% renewables by 2045. Lucie Lagodich ’22 examines the hard trade-offs in Pennsylvania between the environment and its heavily energy-dependent economy. Rheya Jain ’21, and Kate Whittier ’21 delve into the high-stakes political battle between the governor and the General Assembly over Pennsylvania’s potential entry into the Regional Greenhouse Gas Initiative.

Crain noted that Lafayette’s collaboration with PBS39 has grown stronger over the years and has reached a point where improvements can be made with ease because of the well-established professional relationships with the station’s senior staff.

Deegan expressed how impressed he was by way the students pulled off such quality work without ever interacting with PBS39 staff face to face.

“It’s disappointing on the one hand. They saw their videos for the first time and never saw the process of it coming together,” he said. “But they pulled it off. They’ve been deprived of being on campus and everything was stacked against them. They should be proud of where this is going, because we are.”

Added Evans, “Hats off to all of you.”

“We made the best of this experience and worked around various dilemmas and pulled together really good material,” Crain said.

Crain, along with Nicole Crain, who is now professor of economics at the National Defense University, formed a partnership with PBS39 in 2012 to produce coverage of the national elections. The partnership expanded since then and now includes Lafayette Lens, a half-hour series covering issues of global importance.